Thinking of applying to the University of St Andrews as an international student? Then read our guide to get the lowdown on what the uni and city are really like.

What are the best things about studying in St Andrews?

The seaside town of St Andrews in Fife, Scotland, is a famed beauty spot for its idyllic beaches. Just check out West Sands – which is featured in the iconic opening scene in the movie Chariots of Fire.

And if you’re a keen golfer then St Andrews is the place for you – known as the “home of golf” there are over ten golf courses in St Andrews, including the iconic Old Course which regularly hosts the Open Championship. If you want to practice your hole in one – students at St Andrew’s are offered discounted rates to play on seven public golf courses.

But even if you’ve got no interest in golf – there’s still plenty to explore in St Andrews rich medieval history. The 12th-century St Andrew’s Cathedral is a ruin and a pilgrimage site to boot that has attracted Christians since the tenth century. And there’s also St Andrews Castle, a medieval ruin with an infamous dungeon prison which is open to exploring if you’re feeling brave enough! 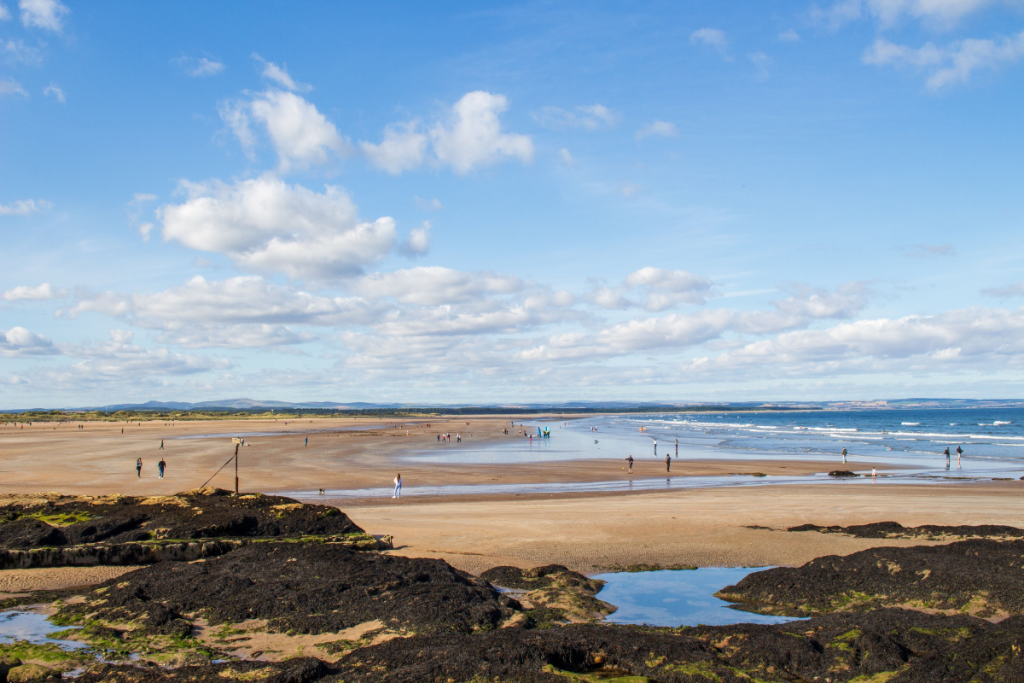 The town of St Andrews is very small, which is great if you love a tight-knit community, but not if you’d prefer the anonymity of a bigger city. And its small size means that its nightlife is on the quieter side – while St Andrews boasts lots of pubs, there are in fact zero nightclubs! So if you fancy blowing off some steam, you’ll need to travel to bigger cities like Dundee or Edinburgh.

Although St Andrew’s is reasonably temperate for Scotland, it is nevertheless colder than other parts of the UK such as the south of England. Frost is common in the winter months, so if you’re averse to cold weather, it might be best to look elsewhere.

And St Andrew’s isn’t very well connected to other parts of the UK. There is no train station in St Andrews, nor is there an airport. Most students travel to either Edinburgh or Dundee and then take the bus into St Andrews, which can be a bit of a faff.

10.9% of the total population in St Andrew’s comes from either a black or ethnic minority background, which falls below the 13% average across the UK. Nevertheless, St Andrews has the largest international student population of any university in Scotland – with students from more than 130 countries represented in the 2020-2021 population.

Where does the University of St Andrews rank?

The 2021 Times Good University Guide has ranked the University of St Andrews as the best university in the UK, largely due to its outstanding rates of student satisfaction. It’s particularly well-regarded for Theology, Divinity and Religious Studies.

How much does it cost to study at the University of St Andrews?

Tuition fees start at £26,350 per annum and reach up to £33,570 for medicine. You’ll also need to factor in living expenses – the University of St Andrews estimates that you’ll need to spend an additional £15,788 for accommodation and personal expenses, such as catering and travel.

Absolutely – the International Excellence Scholarship offers a full-tuition ride and there is a range of scholarships for Chinese and American students. There is also a bursary for international students in financial need.

The University of St Andrews is not a campus university – instead, its faculty buildings and student accommodation are spread out in four main areas of town: Central St Salvators, Central St Marys Quad, North Haugh and South Gatty. But don’t worry about getting around too much – St Andrews is so small that all of your lectures and seminars will be pretty much within walking distance.

All first-year students at the University of St Andrews are guaranteed student accommodation and you can choose from a range of options including catered accommodation and ensuite bathrooms. And the accommodation tends to be pretty fancy – most of the student halls are located in old traditional buildings such as St Regulus Hall, University Hall and St Salvator’s. And maybe you’ll meet a prince too – St Salvator’s is famously where Wills met Kate.

Student accommodation at the University of St Andrew’s tends to be located in the city centre, but University Hall and Andrew Melville Hall are situated close to faculty buildings in North Haugh. And if you’re looking to rent privately, there are plenty of options in the city centre too, while some students choose to live in neighbouring city Dundee for better public transport.

The University of St Andrews also has a number of studio flats for families and couples. However, space is limited, so they advise students to apply for studio flats as soon as they accept an offer to study at St Andrews.

Does St Andrews have good nightlife?

Let’s be honest, with its complete and utter lack of nightclubs, St Andrews is one of the worst nightlife spots in the UK – even Cambridge tends to fare better for student experience in this area.

Nevertheless, it’s a mistake to think that students at the University of St Andrews are sleepier than your average lot. Instead, the social life in St Andrews tends to focus on house parties and niche traditions—like the annual May Dip—where students plunge themselves into the freezing North Sea in order to promote good luck in their exams. And there’s the Raisin Weekend—probably the biggest week in the social calendar—where students let loose with pranks and games and have a gigantic shaving foam fight on Lower College Lawn.

Will I be able to find a part-time job in St Andrews?

Well, it’s not the biggest town you’ll ever visit, but there are a number of shops and cafes in the city centre to pop your CV in. The University of St Andrew’s also has a job board and careers fair that advertises part-time work for students. 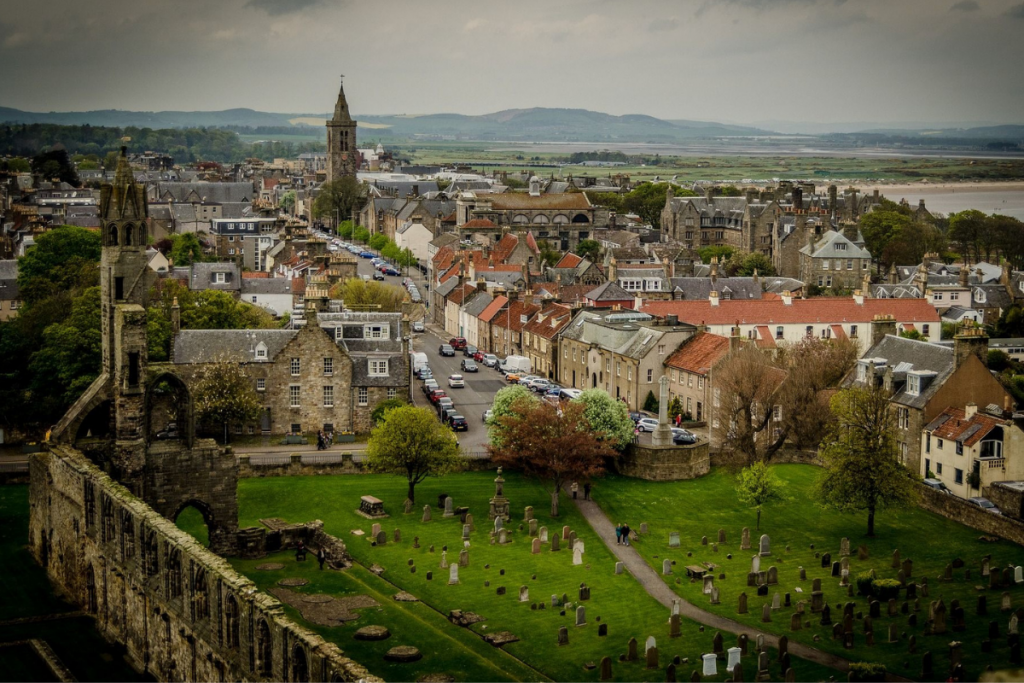 Honestly, public transport is one of St Andrews’ weak points. With no railway station or airport, students have to travel to St Andrew’s via Edinburgh, Dundee or Leuchars. As Leuchars is the closest town, most students travel to Leuchars via Edinburgh, and then take a bus or coach into St Andrews. Nevertheless, once you’re in St Andrews, there’s not much need for public transport. As the town is so small, everything is pretty much within walking distance, and there are lots of perks to being able to walk anywhere – like enjoying a leisurely stroll to West Sands beach before your morning lecture.

Other than the weather, which tends to be much colder in Scotland than in England – the biggest difference is that in Scotland, undergraduate degrees are studied full-time over four years, whereas in England, undergraduate degrees take three years to complete. Although four years might seem like a bit of a drag, lots of students love studying for a four-year degree – the first two years are known as subhonours and they give you the flexibility to enrol in other subjects than the ones you applied for.

Postgraduate degrees still only take one year to complete – the same as in England.