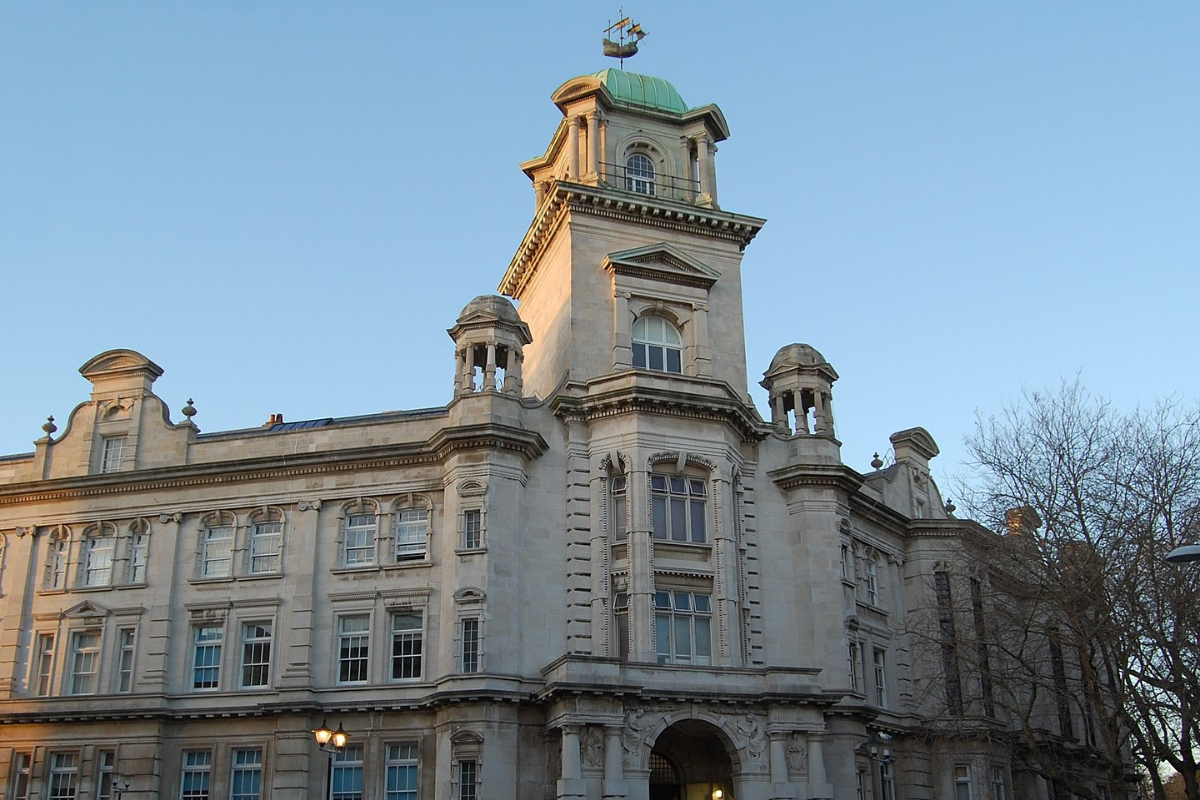 Thinking of applying to the University of Portsmouth as an international student? Then read our guide to get the lowdown on what the uni and city are really like.

What are the best things about studying in Portsmouth?

If you’re a history buff, then Portsmouth might just be the place for you. As a port city on England’s south coast, Portsmouth has served as the base for the British Royal Navy since the Tudor period – just check out the remains of Henry VIII’s ship, the Mary Rose, or climb aboard the HMS Victory, where Lord Nelson was fatally wounded in the Battle of Trafalgar.

If you fancy yourself a wordsmith, then you might just find that your best ideas flow in Portsmouth! Portsmouth is the birthplace of Charles Dickens and the city where Arthur Conan Doyle wrote his first Sherlock Holmes novel; a Study in Scarlett.

And Portsmouth has a seaside resort – Southsea. You can walk along Southsea’s stretch of shingle beach for stunning views of the English Channel and the Isle of Wight. And there’s something for everyone in Southsea too, like an amusement park and an aquarium on the seafront.

And if that still hasn’t sold you on Portsmouth, just know that this city has one of the highest broadband and WIFI speeds in the UK…

As with most cities, crime levels in Portsmouth are higher than they might be in smaller towns, with incidences of anti-social behaviour being particularly high when Portsmouth’s local football team, Portsmouth F.C, play against their rivals, Southampton F.C.

As the UK’s only island city, Portsmouth isn’t very well connected to the rest of the UK, as it’s separated by a narrow stretch of water from mainland England. There isn’t an international airport in Portsmouth, meaning that you’ll have to fly into Southampton Airport and take two connecting trains to Portsmouth.

There are several places to worship in Portsmouth, including a selection of churches, two mosques, a Hindu temple, a Buddhist temple and a synagogue.

And if you’re craving some home-cooked cuisine, then there are a number of international supermarkets on Fratton Road.

Portsmouth is a famous naval port, with two-thirds of the UK’s Royal Navy fleet stationed in the docks. Portsmouth’s historic dockyard is home to legendary shipping vessels such as the HMS Warrior, the HMS Victory and the Mary Rose. 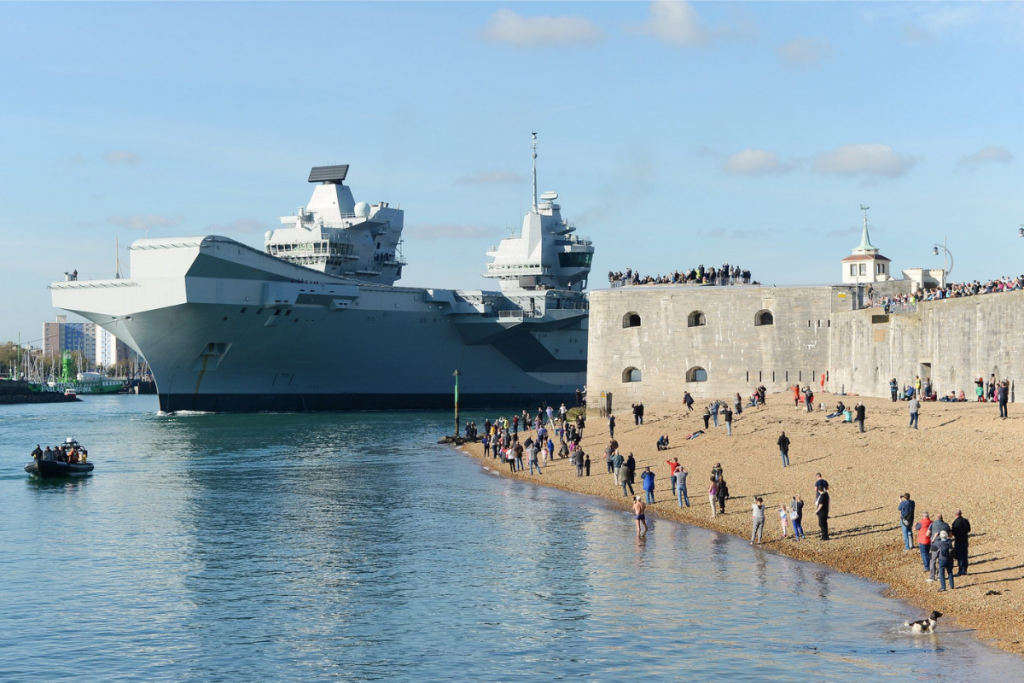 Where does the University of Portsmouth rank?

And there must be something in the water because the University of Portsmouth boasts alumni including the UK’s Poet Laureate, Simon Armitage, as well as the astronaut Tim Peake and the artist Grayson Perry.

How much does it cost to study at the University of Portsmouth?

Tuition fees start at £16,200 and rise to £18,300 per annum – which is pretty affordable in comparison to university fees elsewhere in the UK. Tuition fees at the University of St Andrews, for example, start at £26,350 per annum. You’ll also need to factor in living expenses into your student budget too – which the university estimates to be between £7,200–£11,240 to cover costs such as accommodation, travel and food.

Absolutely – the University of Portsmouth offers a £1,600 fee reduction for incoming international students from developing countries, while there are merit scholarships that offer a £5,000 fee reduction. And if you’re seeking asylum, then you can get a scholarship to cover all of your undergraduate tuition fees.

The University of Portsmouth is not technically a campus university. Instead, the university has a collection of university buildings located in the city centre, all within walkable distance of each other. The library, the student union, and many faculty buildings are located on Cambridge Road. 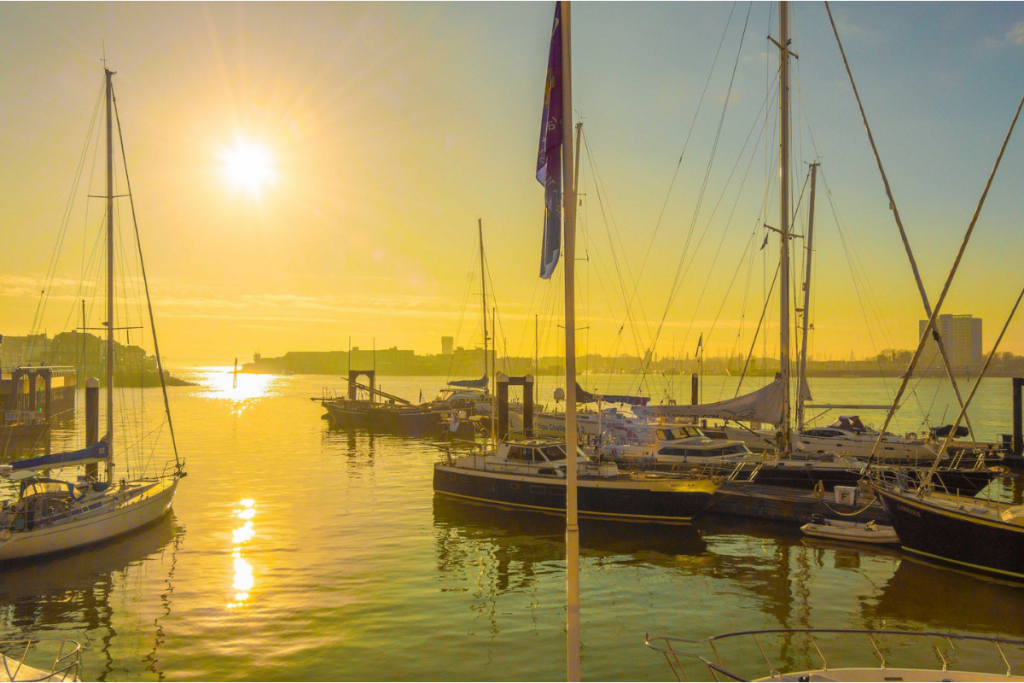 All students who accept a place are guaranteed student accommodation. You can choose between catered or self-catered accommodation, and whether you’d like an ensuite bathroom (for a higher price) too. One of the perks of living in student halls at the University of Portsmouth is that there’s a team of residence staff who offer round-the-clock support if you need it.

But if you’d prefer to rent privately, then the central areas of Southsea and Fratton are popular for students due to their proximity to restaurants and nightlife.

Does Portsmouth have good nightlife?

Absolutely – with over 28,000 students attending the University of Portsmouth, this city buzzes with nightlife, seven days a week. Popular spots for students include Tuesday nights at The Astoria on Guildhall Walk and Friday nights at Eden on Gunwharf Quays. And if you fancy playing beer pong, then you should check out Mr Miyagi’s bar on Guildhall Walk.

And head to The Fleet on King Henry I Street if you’d like to experience British pub culture and get a student discount on your meal.

Will I be able to find a part-time job in Portsmouth?

Yes, Portsmouth is home to the Gunwharf Quays shopping centre, which has over 90 stores and 30 restaurants – meaning that there are plenty of part-time retail and hospitality jobs for students in Portsmouth. And the university also has a job board for students to find part-time vacancies.

As an island city, Portsmouth isn’t very well connected to the rest of the UK and it lacks an international airport. However, the nearest airport, Southampton International, is fairly close at just over 20 miles away. Or alternatively, you can fly into London Heathrow airport and get a direct train to Portsmouth which will take two hours.

The city does have a railway station with direct links to London, as well as regular services to Bournemouth, Brighton and Bristol.

Getting around the city is pretty easy given its size. The city is walkable, and the university runs a bus service during term time with routes running from popular student areas (Southsea, Fratton) to faculty buildings in the city centre. Do be warned that students are advised not to take their car to Portsmouth, as parking spaces are very limited.