Thinking of applying to the University of Leeds as an international student? Then read our guide to get the lowdown on what the uni and city are really like.

What are the best things about studying in Leeds?

If you love a bustling atmosphere, then the city of Leeds might just be for you. Located in West Yorkshire, this northern metropolis is a hive for shopaholics, with over eight indoor shopping centres in the city centre alone. The city also boasts a great range of restaurants, bars and nightclubs. This is just as well, given that Leeds is one of the largest student cities in Britain – there are over 60,000 students spread across three major universities here.

If you are a history buff, then there’s much to enjoy about Leeds, which used to be a major mill town during the Industrial Revolution. Many historical buildings still stand today, such as the Corn Exchange and Leeds Town Hall.

There are also plenty of museums and art galleries to brush up on your local history, including the Leeds City Museum and Leeds Art Gallery. And make sure to check out the ruined monastery of Kirkstall Abbey which lies north of the city centre.

If you fancy a break from the city, the Yorkshire Dales National Park is just outside of Leeds. Check out our city guide to Leeds to find out more about this magical place, where stone-built villages nestle amongst traditional farms and miles of wild-flower meadows.

The University of Leeds also has a fantastic student union, which runs over 300 societies, ranging from baking to skydiving! There’s even a club night on campus, Fruity, which holds student nights every Friday featuring lots of cheesy pop music and inflatable beach balls.

Leeds only has a limited number of student residences on campus, with a lot of its student accommodation located outside the city centre. If you are not living on campus, then you have to factor in the time and cost of public transport when it comes to attending seminars and lectures. Yes – this might mean that you have to get up a little bit earlier to attend your 9am lecture!

And of course, if you are not into partying, then Leeds might not be your cup of tea. Student areas can be noisy, particularly in popular areas such as Headingley and Hyde Park. This means that it can be hard finding the time to unwind and relax, especially on busy weekends.

And as with any major city, crime rates are higher in Leeds than they might be in a smaller town. Some student neighbourhoods such as Hyde Park are not well lit at night, meaning that it can be difficult getting home after dark – students are advised not to cross Woodhouse Moor at night.

Leeds is a multicultural city with over 75 ethnic groups represented. There’s also a large international student population – over 12,000 students come from more than 130 countries to attend the University of Leeds. This multiculturalism can be seen in the large number of international supermarkets in the city, which are mostly concentrated in the Harehills area. Leeds Kirkgate Market also has a range of stalls which sell international produce and groceries from Asia and the Caribbean.

There are several places of worship in Leeds, including a Buddhist temple, Hindu temple, mosque and Gurdwara. 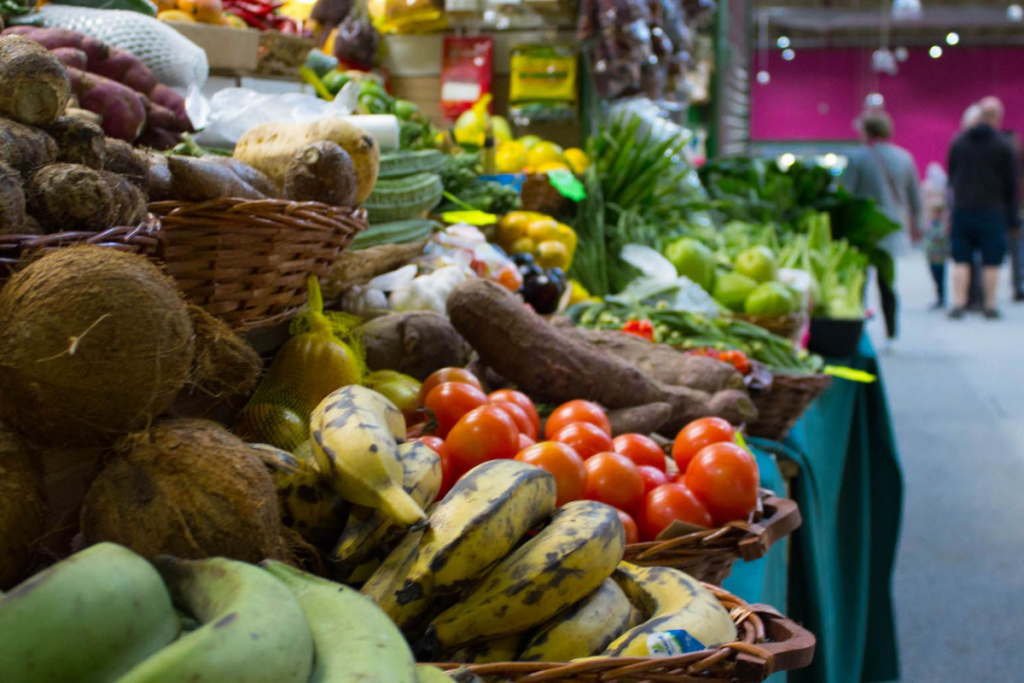 Leeds is the economic capital of Yorkshire, which is reflected in its legendary status for shopping. Leeds boasts the largest indoor covered market in Europe (Kirkgate Market) which is home to 800 stalls. And Leeds can do upmarket too – the glamorous Victoria Quarter hosts luxury brands such as Ted Baker, Paul Smith and Mulberry.

Aside from that, Leeds is also home to legendary Brits such as the rock band Kaiser Chiefs and Mel B from the Spice Girls. 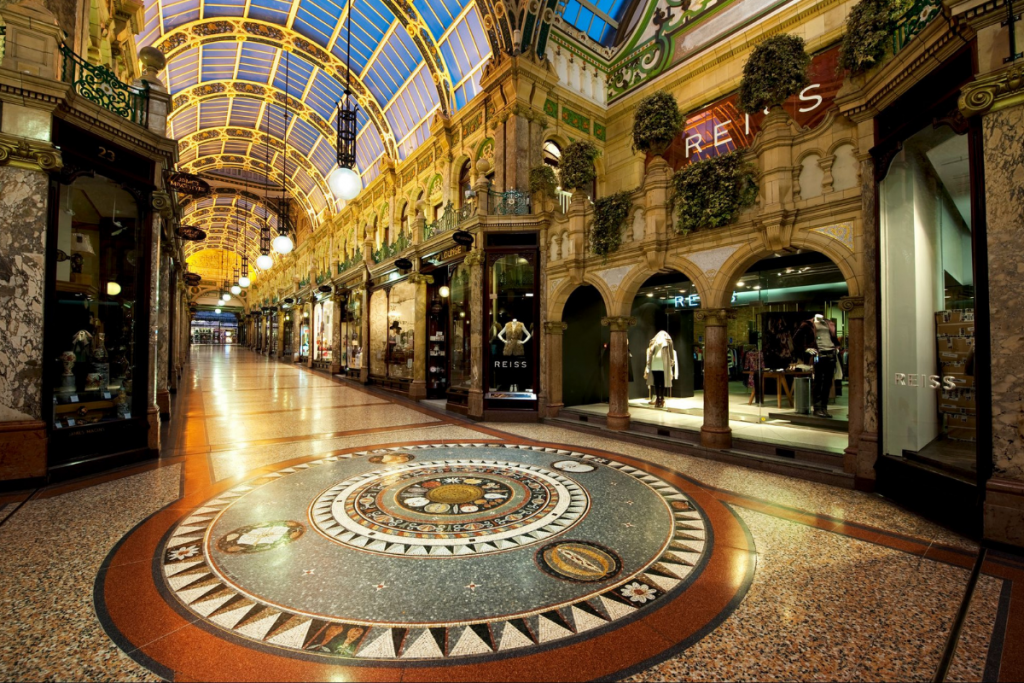 Where does the University of Leeds rank?

It’s at number 92 in the world university rankings for 2021 and places eighteenth in the UK – so it’s up there snugly with the top 100 universities in the world. It also ranks as one of the best places to study in the UK for chemical engineering as well as accounting and finance.

How much does it cost to study at the University of Leeds?

In terms of typical living expenses, the University of Leeds estimates that it can cost a single student between £134–£217 a week to live in Leeds (inclusive of rent). So, it’s important to factor that figure into your budget too.

Yes – the University of Leeds offers a range of scholarships, including academic achievement scholarships for international students. The uni also offers enterprise scholarships, for entrepreneurial undergraduate students looking to start up a new business.

Well, it has a club night! But aside from Fruity Fridays, the campus is home to the Leeds Student Union and over 300 societies which all congregate on campus. There are also four libraries on campus, including the very picturesque Brotherton library and the modern Laidlaw library. Leeds campus is also home to a staggering range of art, including sculptures by Barbara Hepworth and Quentin Bell.

If you want to rent accommodation privately, then some of the popular student neighbourhoods include Hyde Park and Headingley, which have loads of supermarkets, restaurants and cafes nearby.

Does Leeds have good nightlife?

Yes, Leeds is one of the best hotspots for nightlife in the UK. If you are into cheesy pop music, try Fruity Fridays on campus or PRYZM in the city centre. And if you love a bit of reggae or soul, then check out The HiFi Club.

But Leeds is best known amongst students for its underground music nights which play alternative music. Beaver Works is the jewel in the crown here – this event venue used to be a Victorian bed factory but now has multiple rooms dedicated to playing different genres of music. 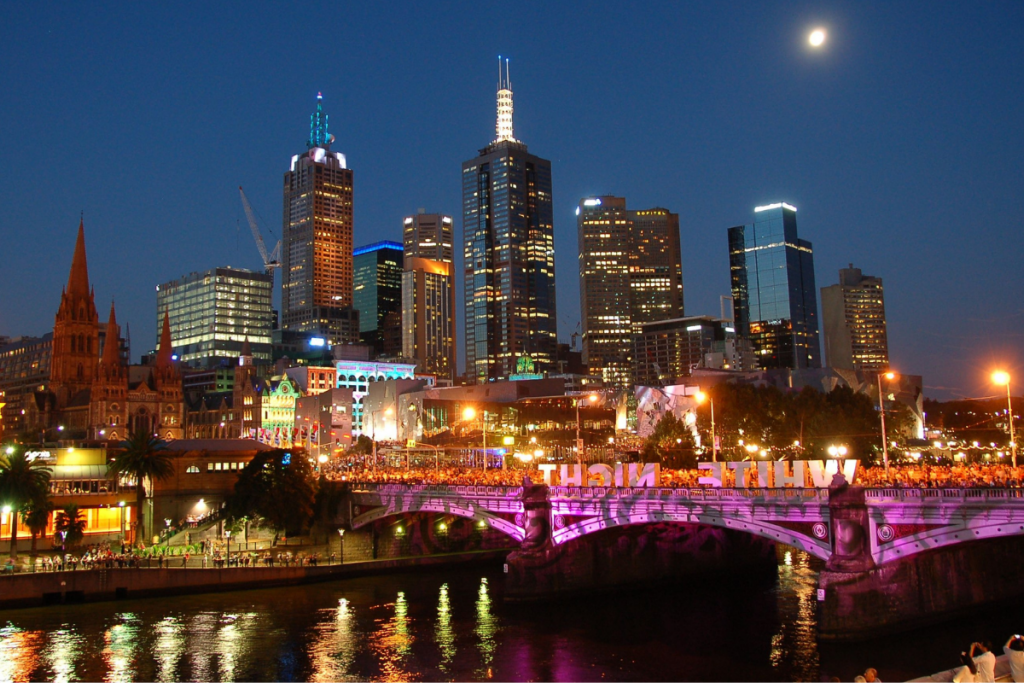 Will I be able to find a part-time job in Leeds?

Absolutely –  there are more jobs in this retail hub than you can shake a stick at. Try whipping around Victoria Leeds or Trinity Leeds shopping centre with your CV. There are also numerous hospitality jobs in this city, given the large range of cafes, restaurants and bars.

Leeds is very well connected by rail to all parts of the UK, with direct links to London, York and Manchester. You can also fly to Leeds Bradford airport which has connections all over Europe and includes Thailand, America and Canada amongst its flight destinations.

And there’s a range of bus services too which will carry you from the main station to the city centre and the university. Yorkshire locals are known for being friendly, so just ask your bus driver or other passengers if you need any help!

But Leeds is also a pretty walkable city – you’ll probably be able to travel from your student accommodation to the campus without using public transport.