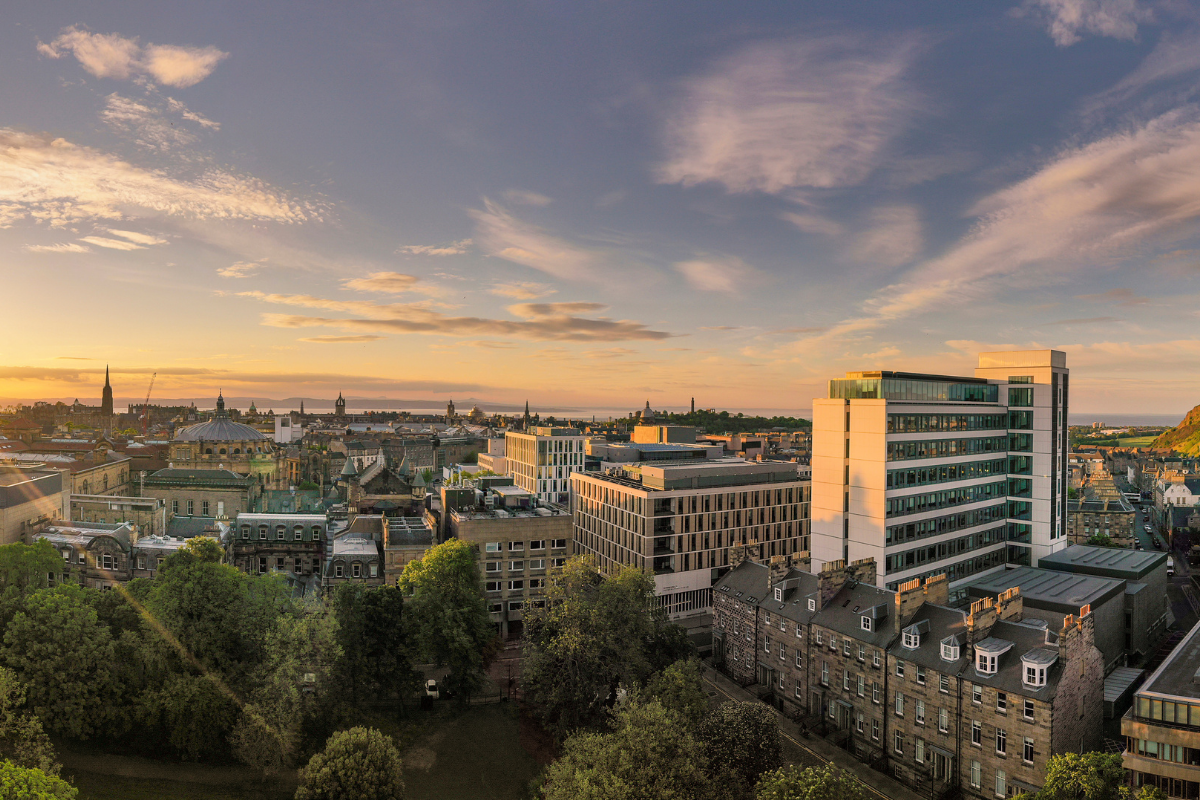 This article was published by the Great British Mag content team on 5 May 2021.

Thinking of applying to the University of Edinburgh as an international student? Then read our guide first to get the lowdown on what the uni and the city are really like, and how studying in Scotland compares to England.

What are the best things about studying in Edinburgh?

Edinburgh is the capital of Scotland, meaning you can get your fix of exciting city life in a buzzy capital without the huge costs that come with living in London. It’s much smaller and has a fraction of the population too, with 500,000 residents compared to the 8.2million of London. And the place is gorgeous, with its mix of cool urban hubs, historic architecture and cobbled streets, and rolling countryside.

Edinburgh is actually the greenest city in the UK – there are more trees than people, here – and the Leith area of has been named one of the coolest neighbourhoods on the planet. So it’s a pretty desirable place to live.

The locals are welcoming, too: Edinburgh was voted the 11th friendliest city in the world in a global survey of over 100,000 people.

Located in Scotland – the most northerly country of the UK – Edinburgh doesn’t get the best weather. Temperatures are relatively cool, winters can be pretty rainy and summers cloudy compared to more southerly UK regions.

The city can also get pretty packed with tourists, especially during the summer’s Edinburgh Fringe Festival, when the population is known to double. You may find the local accent a bit challenging at first too, if you’re not used to the Scottish dialect.

Scotland’s capital is a multicultural and liberal place. The diversity comes from the students (about 42% of people studying at the University of Edinburgh come from overseas, which is around 13,000), the tourists and the locals, with a significant percentage coming from South and East Asian heritage. This multiculturalism can be seen in the number of international supermarkets (with most concentrated in the Darly and Gorgie neighbourhoods), the restaurants that serve up everything from Polish and Middle Eastern meals to Indian and Thai street food, and the places of worship (there is a mosque and a synagogue).

The world-renowned Edinburgh Fringe Festival is huge – the largest arts festival on the planet, in fact. It happens every August, drawing in thousands of visitors to the city. And Hogmanay is also a big deal in this city too – the end-of-year celebrations attract locals and tourists alike to one of the world’s best street parties.

You might also have heard of Edinburgh Castle. One of the main landmarks of the city, it’s the most visited attraction in the whole of Scotland, with parts of it dating back nearly 1,000 years. 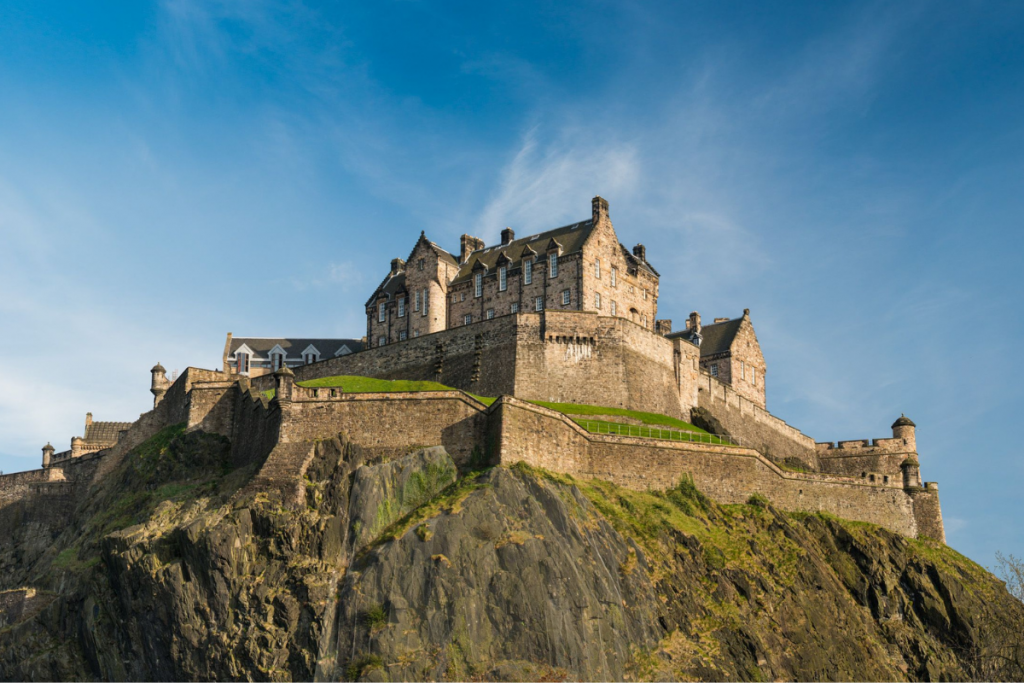 Where does the University of Edinburgh rank?

It’s at number 30 in the global university rankings table for 2021 and is sixth in the UK – so it’s up there with the best in the world. A wide range of courses are available at the University of Edinburgh and it ranks as one of the best institutions for arts and humanities, and also for law and psychology.

How much does it cost to study at the Uni of Edinburgh?

You can expect undergrad degrees to start at around £22,000 per year and go up to about £33,000 (or £50,000 if you’re talking about a medical degree). And if you want to take an undergrad programme you will need to budget for four years compared to the three it takes at most universities in England.

In terms of typical living expenses for students, the latest Natwest Student Living Index put Edinburgh at number 15 in its list of the most cost-effective cities for students in the UK (and it’s number one for Scotland).

Yep – there are a few different scholarships (each with multiple spots available) offering financial support to undergrad and postgrad students studying a range of topics.

There are five campuses spread out across the city: Central, King’s Buildings, BioQuarter, Western General and Easter Bush. The biggest is Central, which has buildings peppered over the Southside of the city. It’s mostly pretty walkable, but you can easily cycle or jump on a bus to get to the different campuses, too.

The university offers more than 40 locations for accommodation, made up of halls of residence as well as accommodation for couples and families and a few individual flats. The accommodation isn’t based on the campus itself but there are some options very close by, and those that are a little further away are still within close reach. Some accommodation is catered and some isn’t – bear in mind there is a pretty big difference in costs between the two options.

If you want to rent a flat or house privately and not live in university accommodation, then some of the popular neighbourhoods among students include Marchmont and Newington. They have decent local pubs and bars, affordable rents and nearby supermarkets and shops.

Does Edinburgh have good nightlife?

There’s plenty to get up to after dark in this Scottish city. From quirky cocktail bars to live music venues, cosy pubs to late-night ping-pong halls, you won’t be short of places to hang out in the evenings.

Rose Street is a bustling pedestrianised stretch that’s lined with pubs, clubs and bars – lots of students head here to meet friends and let their hair down for the evening. George Street is worth checking out too – there are some decent clubs among its residents, like Why Not?, which is loved by students.

Cowgate is another popular area: hunt down the lively Three Sisters pub there, it’s a stalwart of the local scene and has some great student offers. This area is also where you’ll find Sneaky Pete’s, a tiny but well-known live music venue. 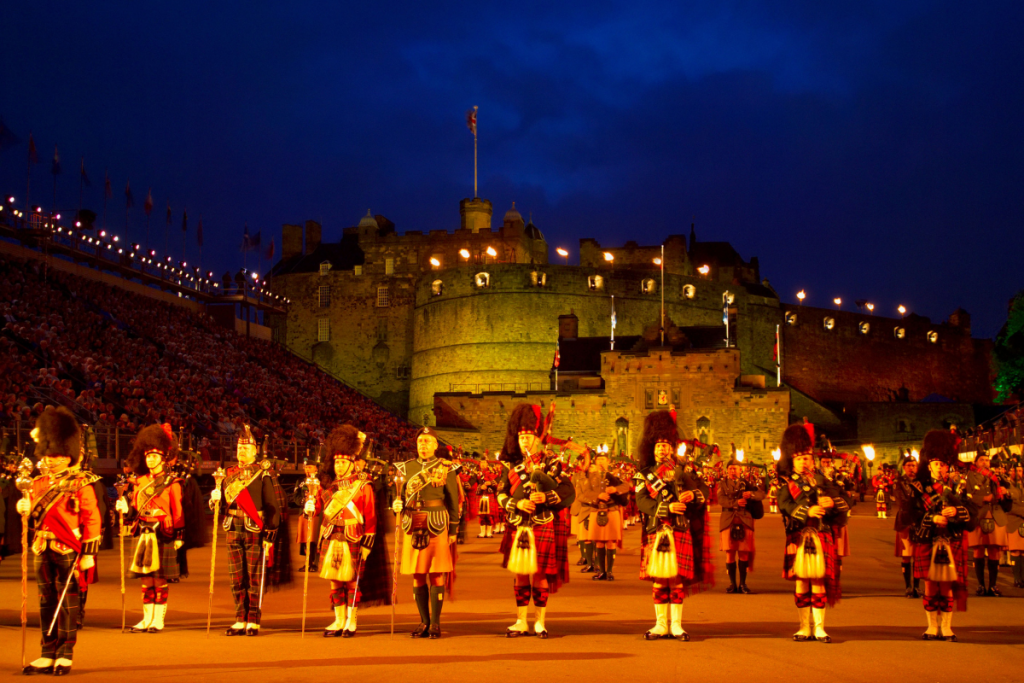 Will I be able to find a part-time job in Edinburgh?

As the city is so popular with tourists, it’s a safe bet that you’ll be able to find vacancies for roles that you can fit around your studies – the hospitality and retail industries are good places to kick off your search.

Big chain shops and restaurants are plentiful in the New Town area, so start your search there, perhaps. That said, there are plenty of local cafés and stores to sound out too – explore what’s around in your local area.

McDonalds and KFC are where lots of students go for part-time gigs.

Edinburgh is a walkable city and there are a lot of public transport options. Buses run 24/7 (the day routes run until midnight, then the night busses take over) and have lots of routes between the campuses and accommodation. There’s also a tram service and two train stations (Waverley and Haymarket) from where you can travel to any part of the UK.

Edinburgh also has an international airport with direct flights connecting it to countries all over the world.

Aside from it being further north (and therefore a touch more chilly!), the main difference about studying in Scotland is that full-time undergraduate degrees take four years to complete –  compared to three years in England. (Postgrad courses are still just one year, though).