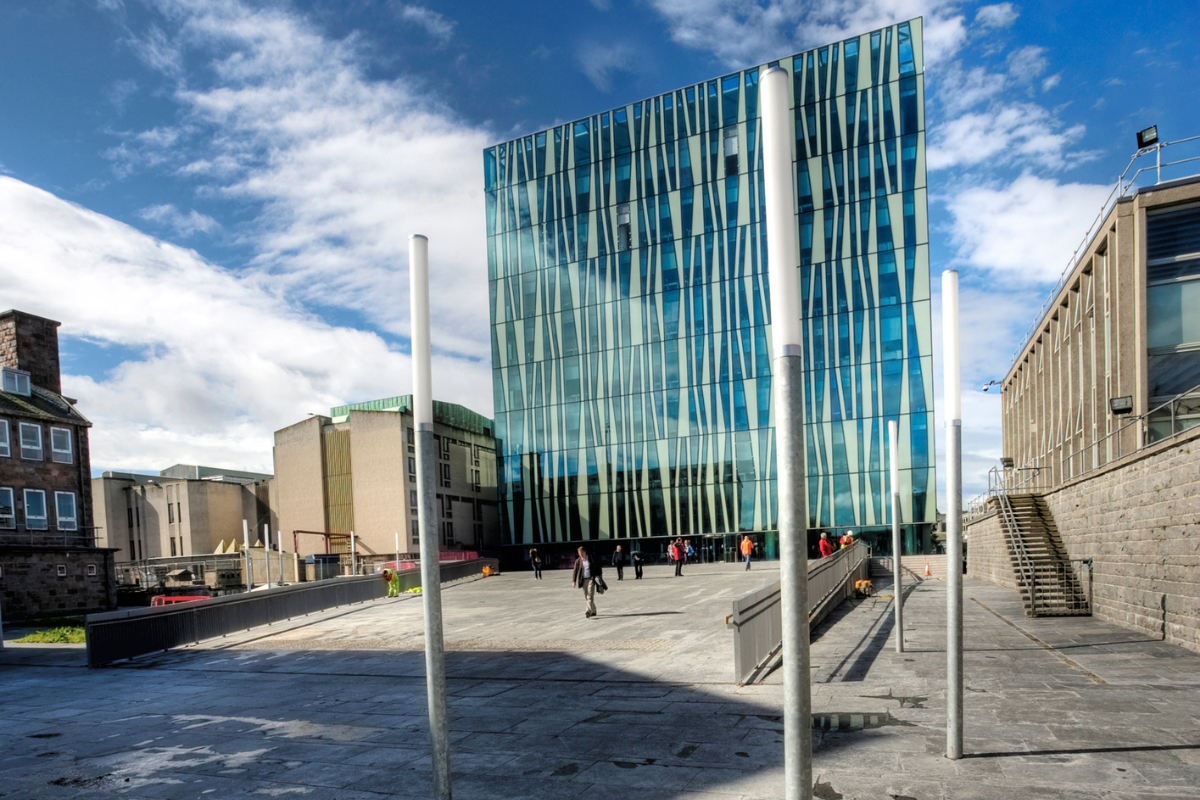 Thinking of applying to the University of Aberdeen as an international student? Then read our guide to get the lowdown on what the uni and city are really like.

What are the best things about studying in Aberdeen?

The best thing about Aberdeen is its surroundings and wildlife, which include seals and dolphins that can be spotted off the coast of Aberdeenshire. And just a short bus ride away is Cairngorms National Park, the UK’s biggest national park. The city itself is grand as most public buildings are built from the local granite which has also been used to build many famous landmarks—such as London’s Houses of Parliament, Trafalgar Square and Waterloo Bridge.

And if you hate busy and congested cities, then you might like Aberdeen which is fairly small and pretty walkable!

Even though Aberdeen is the third biggest city in Scotland it’s not comparable to Edinburgh or Glasgow and lacks a cosmopolitan feel. Moreover, the sad truth is that many shops, restaurants, bars and clubs have been forced to shut down because of Covid.

The weather can also be a challenge, as with most places in the North, it rains quite a bit and locals joke that the wind makes the rainfall horizontally instead of vertically! So having a good warm coat with a hood that keeps out the wind and rain is imperative.

And whilst this isn’t specific to Aberdeen, the accent can be difficult to understand. Like other places in the UK, there is a local dialect, called Doric, which you’ll have to master if you want to feel at home in Aberdeen.

Yes and no! Aberdeen has a large Polish community, and the University of Aberdeen alone brings in more than 5,000 international students from more than 120 different countries—however, the city’s population coming from Black or Asian backgrounds is only 6.9% (which is about half of the national average).

Even though Aberdeen may not be the most culturally diverse place in the UK, the city does have several international supermarkets (Spice of Asia on John Street or The Authentic Romanian Shop on George Street) and restaurants—our favourites include Monsoona Healthy Indian Cuisine, The Manchurian, Chaophraya Thai Restaurant and Revolución de Cuba.

And all major supermarket chains such as Morrison’s (located on King Street), Asda (located on Beach Boulevard) or Lidl (which has a couple of locations) always have a ‘world foods’ section where you can find staples from many different countries.

What is Aberdeen famous for?

Aberdeen is famous for its granite buildings which have earned the city its nickname ‘the Granite City’ or ‘the Silver City’. And Aberdeenshire is called ‘Scotland’s castle country’ as it is home to more than 300 castles. Take the train down to Stonehaven to see Dunnotar Castle which has breath taking views over the county.

Oil has also put Aberdeen on the world map, and it is known as the oil capital of Europe and not surprisingly Aberdeen University is one of the best places to study oil and gas-related undergraduate and master’s degrees. 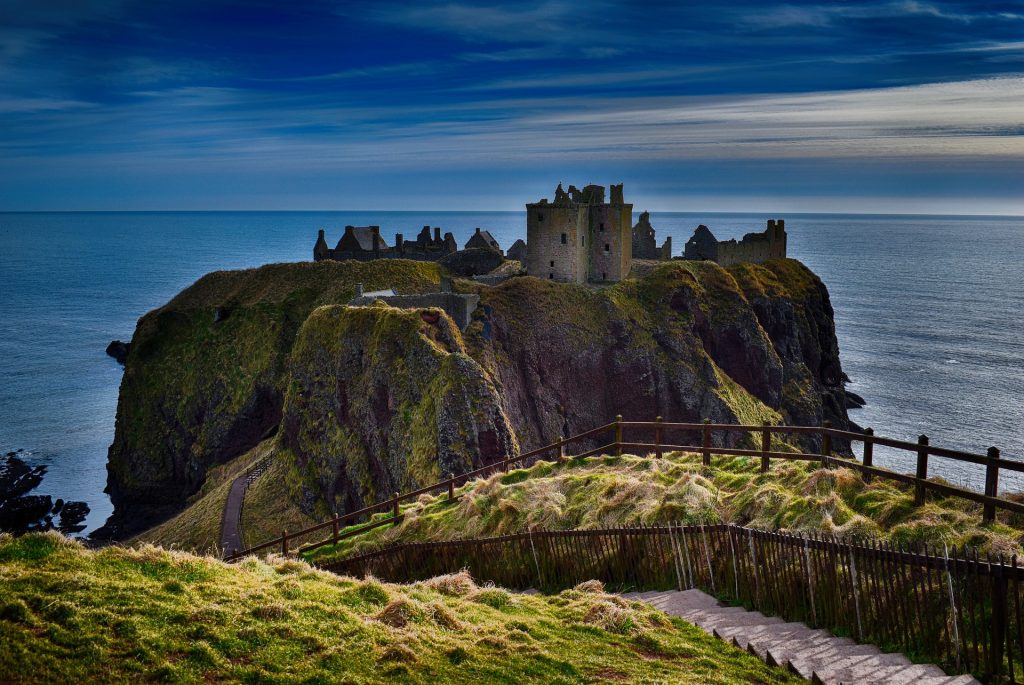 Where does the University of Aberdeen Rank?

Aberdeen ranks 20th in the UK and 158th in the world as of 2021. In the UK it ranks in the top 3 for its oil and gas related degrees, 2nd for Medicine, 3rd for Linguistics and 3rd for Sports Science.

How much does it cost to study at the University of Aberdeen?

What you will pay to study at the University of Aberdeen will depend on what you want to study. An undergraduate degree in an arts field will cost around £18,000 per year whereas the cost of a degree in engineering is slightly higher at £20,700 per year. And the cost of studying medicine is quite a bit higher at £46,000 per year.

Aberdeen University is the fifth oldest university in the UK with the gothic building of King’s College founded in 1495. It has two libraries, the most iconic one being the Sir Duncan Rice Library.

The Student’s Union has a bar and a small shop as well as a canteen with many different restaurants to pick from. And there are shops and cafés throughout the campus.

If you are studying Medicine, you will be on Foresterhill campus next to Aberdeen Royal Infirmary. It has its own library, and the campus has recently been refurbished. The university also has regular buses that can take you there from the main campus.

The University of Aberdeen offers two types of accommodation. You can be on campus, which is quite handy if you like sleeping in, or you can choose to be in the student village. This is a 10-minute walk away from the university and houses the majority of students that choose the university accommodation. It is quite lively and has a huge common area with a restaurant and a bar as well as a shop.

If you want something closer to the city centre, then there are many private accommodation providers available, such as Unite Students.

Does Aberdeen have a good nightlife?

Good news—it does! Although Aberdeen is a relatively small city, it has a good nightlife. If you are looking for a pub then head down to Belmont Street where most of the city’s pubs are located and is famous for students going on ‘pub crawls’ (which means visiting one pub after another).

If you like clubbing Aberdeen has a few and the favourites with students are Atik, Underground and Prohibition. 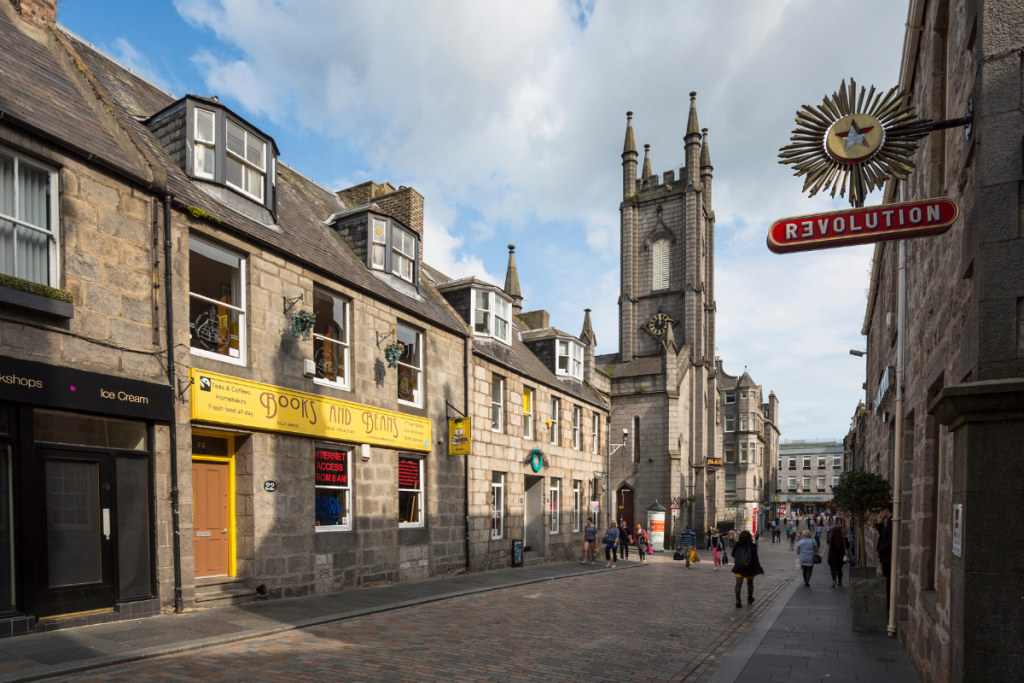 Will I be able to find a part-time job in Aberdeen?

Finding a part-time job in Aberdeen shouldn’t be too hard as many places are hiring. Make sure that your CV is on point and take it to Union Square, the city’s biggest shopping centre. Otherwise, there are many shops and restaurants for you to try in the city centre as well as the beach area.

There are always positions open at the university too—whether that be at the canteen, the university shop, Blackwell’s book shop or the different bars and coffee shops.

Aberdeen is quite a well-connected city and has an international airport. You can get direct flights to Aberdeen from many places in Europe or alternatively you can do a layover in London. This is the fastest way to travel to Aberdeen from abroad as well as the most comfortable. Otherwise taking the train from London would take you at least seven hours.

You can however get a train to most parts of the UK but be warned that it could take you seven hours to get to London and about six hours to Manchester. Edinburgh however is only about two and a half hours away.

Other than the weather, which tends to be much colder in Scotland than in England – the biggest difference is that in Scotland, undergraduate degrees are studied full-time over four years, whereas in England, undergraduate degrees take three years to complete. Although four years might seem like a bit of a drag, lots of students love studying for a four-year degree – the first two years are known as sub honours and they give you the flexibility to enrol in other subjects than the ones you applied for.

Postgraduate degrees still only take one year to complete – the same as in England.