Thinking of applying to King’s College London as an international student? Then read our guide to get the lowdown on what the uni and city are really like.

What are the best things about studying at King’s College London?

King’s College London is one of the top universities in the world. And was founded by royal charter in 1829 with the current Monarch, Queen Elizabeth II, being a Patron of the university.

More than a dozen people who attended King’s have been awarded the Nobel Prize including Archbishop Emeritus Desmond Tutu for his role in South Africa’s anti-apartheid campaign.

The university is known for its world-leading research which has included contributing to the discovery of DNA structure, pioneering in-vitro fertilisation and developing legislation that protects victims of modern slavery.

The university has over 180 courses to choose from that span from the arts to science but if medicine is something you are interested in studying at King’s should be high on your list as it is world-renowned for its medicine related courses. And Guy’s campus is home to the largest medical museum in the UK.

The university also has great resources which includes no less than five libraries and if you don’t get what you need there as a student of King’s you also have access to the libraries at University College London and the London School of Economics.

As with most UK universities King’s has an active Students’ Union with almost 300 different societies you can join and the best bit is that classes are often not scheduled for Wednesday afternoons so that you can take a break from your studies for a bit of R&R.

King’s is one of the top universities in the world, but that does not mean it is perfect. A common complaint is that communication between the university and students is not always consistent. While King’s offers a lot of support students do complain about the time it can take for emails to be answered, exam results released and timetables to be issued.

Another common complaint is that London is expensive. Being the largest city in the UK comes with a hefty price tag. The cost of groceries, transportation, restaurants and housing can add up quickly. A lot of students choose housing further from the city center because it is often cheaper. That being said, there are many student discounts King’s students can take advantage of.

It’s important to remember that London is crowded and since King’s is a city university with campuses dotted around the city, it will either mean a lot of walking or additional travel costs not to mention navigating the crowds and tourists.

London is known to be one of the most multicultural cities in the world. It is easy to see the different cultures represented in London just by walking down the streets. For example, Chinatown, located near Leicester Square and Trafalgar Square, has numerous Asian restaurants and the largest Chinese New Year celebration outside of Asia. If you are looking for Indian food, head to Brick Lane where after dinner, you can walk and look at street art created by artists from all over the world.

There are also places of worship located throughout the city such as the Shri Swaminarayan Temple, which is one of the most famous Hindu temples outside India and Regent’s Park mosque. King’s College London is also multicultural, with students coming from approximately 150 different countries. 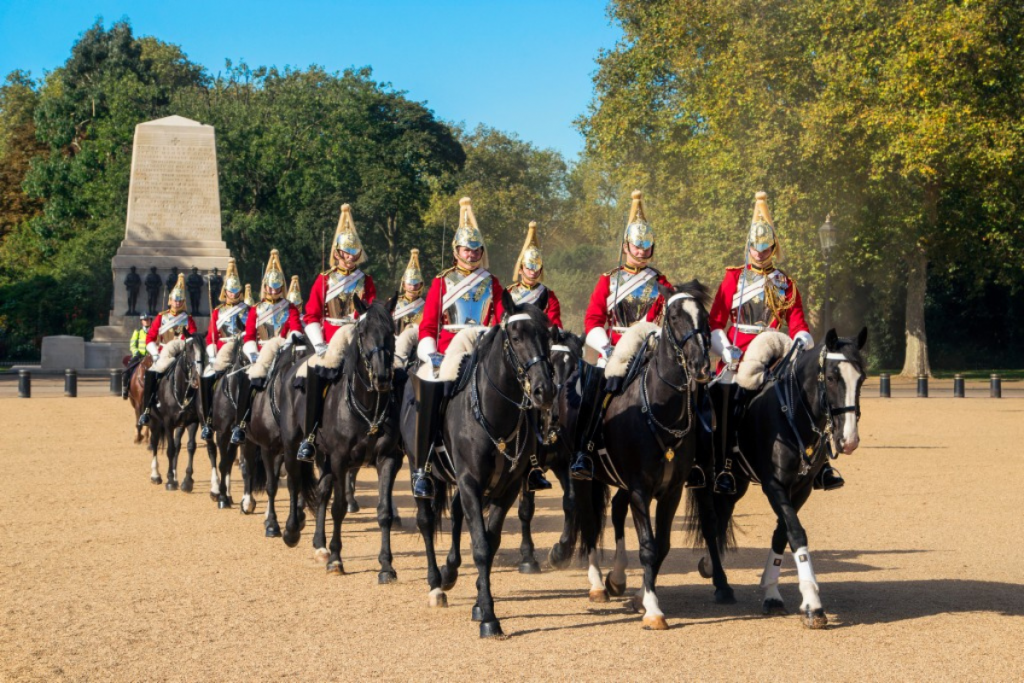 Going to university in the UK’s capital city has its advantages. From food to entertainment to museums, London has it all. Of course there are the noteworthy landmarks such as Buckingham Palace and the London Eye and the iconic red telephone booths and double decker buses. Your friends and family are sure to know where you are when you send them a picture.

Even though it is a major city, London has numerous open green spaces and public parks. You can pack a picnic with friends or go for a run in St. James’s, Hyde or Regent’s Park. Just outside central London is Hampstead Heath, an ancient park covering 790 acres with Parliament Hill offering one of the best views of the London skyline.

With many of the popular museums, like the Victoria and Albert Museum and British Museum, being free, and other well-known landmarks like the Houses of Parliaments and Tower of London offering discounted student tickets, you can explore all the city has to offer, even if you are on a budget.

Where does King’s College London rank?

KCL ranked 35th in the world in the 2022 Times Higher Education Rankings and QS World University Rankings and took 11th place for the most international university.

How much does it cost to study at King’s College London?

The cost of tuition depends on the program you are studying, but generally speaking, the international tuition fee falls between £20,000 and £30,000 per year.

If you are looking to stay in King’s accommodations, there are a variety of options. Wolfson House offers rooms starting at £160.00 per week, while rooms at Moonraker Point can be as expensive as £335.00 per week.

There are numerous scholarships at King’s with some awarded specifically to international students. At King’s, most scholarships become available once you have received an offer. Some scholarships cover tuition in part or in full while others go towards housing and living expenses. Check the King’s College London website to find scholarship opportunities for students from specific regions, such as Sub-Saharan Africa and the Middle East.

KCL has five campuses. The main campus, Strand, is located on the River Thames and within walking distance of St. Paul’s Cathedral and the popular British Museum. The Strand campus houses the arts and sciences faculties.

If you walk 20 minutes over the Waterloo Bridge, you will find KCL’s Waterloo campus which houses the university’s Florence Nightingale Faculty of Nursing & Midwifery.

Walk along the river, and you’ll find yourself at King’s St Thomas’ campus which is used for medical and dental teaching. It also houses a museum dedicated to Florence Nightingale, who founded the world’s first professional school of nursing at St Thomas’ Hospital.

Finally, the Denmark Hill campus, located in the London Borough of Southwark, is home to the Institute of Psychiatry, Psychology & Neuroscience.

King’s has 12 student residences spread throughout the city of London. Some are a 20 minute walk to class while others would require using public transportation.

The residence halls vary in price and amenities and the university offers the King’s Affordable Accommodation Scheme, which offers the opportunity for full-time undergraduate students who have a family income of below £42,875 per annum to apply for a discounted room.

There is also the International Students House. Located near Regents Park, it provides international students with housing and a place to build community while they study in London. 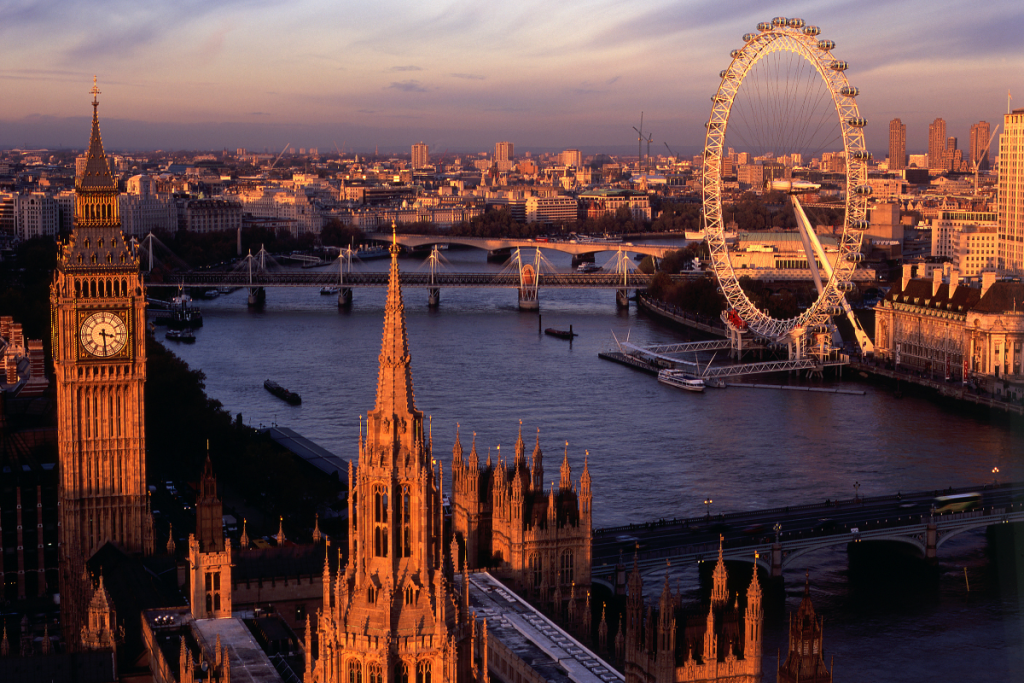 Does London have good nightlife?

London is a 24/7 city and has an epic nightlife. Whether you prefer going to dinner or going to nightclubs, London has something for you. For theater lovers, London’s West End has a wide range of entertainment from dazzling musicals like Six and Wicked to suspenseful murder mysteries like the world’s longest running play, The Mousetrap. Make sure to ask about student discounts and download the TodayTix app for discounted tickets.

If going out with friends is more you, London has thousands of pubs and hundreds of nightclubs. There are even two bars on King’s campuses. The Vault, located on the Strand campus, and Guy’s Bar on Guy’s campus. Both locations offer a variety of events during the week such as quiz nights and karaoke. On Wednesday nights, make sure to get to Guy’s Bar early so you have a spot for the infamous “sports night.”

If you are looking for something a little more relaxed, go for a walk along the River Thames and look at the stars or pack a picnic to eat in one of the many public parks.

Will I be able to find a part-time job in London?

The short answer: yes. London is the biggest city in the country with numerous bars, restaurants, hotels and shops for students to find part-time jobs at. There are also a variety of on-campus jobs from tutoring to admin work. If you are looking for a job, make sure to check your student visa, though. Some visas restrict the number of hours and kind of work international students can do.

There are a variety of reliable and easy-to-navigate modes of public transport in London. One of the most well known is probably the underground, also known as the Tube. With nine zones, 11 lines and 272 stations, the Tube can take you around the city in a timely manner. If you would prefer to stay above ground, there are also 675 public bus routes and a large commuter rail network. Public transport can get busy during rush hour, though, so make sure to give yourself enough time to get where you need to go.

While London has a lot to offer, sometimes students want to explore somewhere new. London has six major airports that offer a variety of affordable flights for students to go on quick weekend or longer holiday trips. It also means getting to London from wherever you live should be pretty easy too.