Thinking of applying to Cardiff University as an international student? Then read our guide to get the inside scoop on what the uni and city are really like.

What are the best things about studying in Cardiff?

The Welsh capital has plenty to offer if you’re a history buff – Cardiff Castle lies in the heart of the city centre and there are plenty of museums to explore such as St Fagan’s National Museum of History and National Museum Cardiff. And there’s recent history being made in Cardiff too – In 1999, the Welsh government was formed in Cardiff and its parliament building, the Senedd, opened in 2006.

Cardiff has great nightlife boasting the highest concentration of pubs and bars per mile in the UK. The city is particularly buzzy during rugby season – as it is the national sport of Wales – and if you fancy watching a match then check out Cardiff’s Principality Stadium – it is the second-largest rugby stadium in the world and home to the Welsh rugby team.

The city is well connected to the rest of the UK, with direct trains to London and Bristol if you fancy a day trip. For those of you who are fans of the TV show Gavin & Stacey, Barry Island is only half an hour away and even if you’ve never heard of the show, it’s a great day out with its lovely beach.

Your student budget will also go a long way in Cardiff as the city boast the second-lowest monthly rent of all UK’s university cities.

Well, if you’re not that keen on rain, then this city might not be for you as Cardiff was named the UK’s wettest city with a whopping 149 days of rain per year! And given that Cardiff is a small place, it’s not easy to get away from the student scene – it can get pretty rowdy on the weekends, especially around the university campus.

Cardiff also plays host to some big international rugby matches, during which the city can get crazy busy.

Yes – in the 2011 census, black and ethnic minorities made up 15.3% of Cardiff’s population in comparison to the 13% average across the UK. As a port city, Cardiff has been historically multicultural. In Butetown – where Shirley Bassey was born – ethnic minorities make up over a third of the total population.

There are also several places to worship in the city including churches, mosques, a Hindu temple, a Buddhist temple and a gurdwara.

And many international supermarkets can be found in Cardiff, particularly on City Road, where independent grocers stock halal meat, Afro-Caribbean and Asian groceries.

Cardiff is the economic capital of Wales. It’s home to Welsh media including BBC Wales and ITV Wales and it’s a big centre for tourism too – over 14.6 million people visited in 2009. And the once derelict bay has been regenerated into a picturesque wharf filled with shops and cafes.

And there must be something in the water because Cardiff is home to some pretty famous musicians – like Dame Shirley Bassey, Shakin’ Stevens and Charlotte Church. 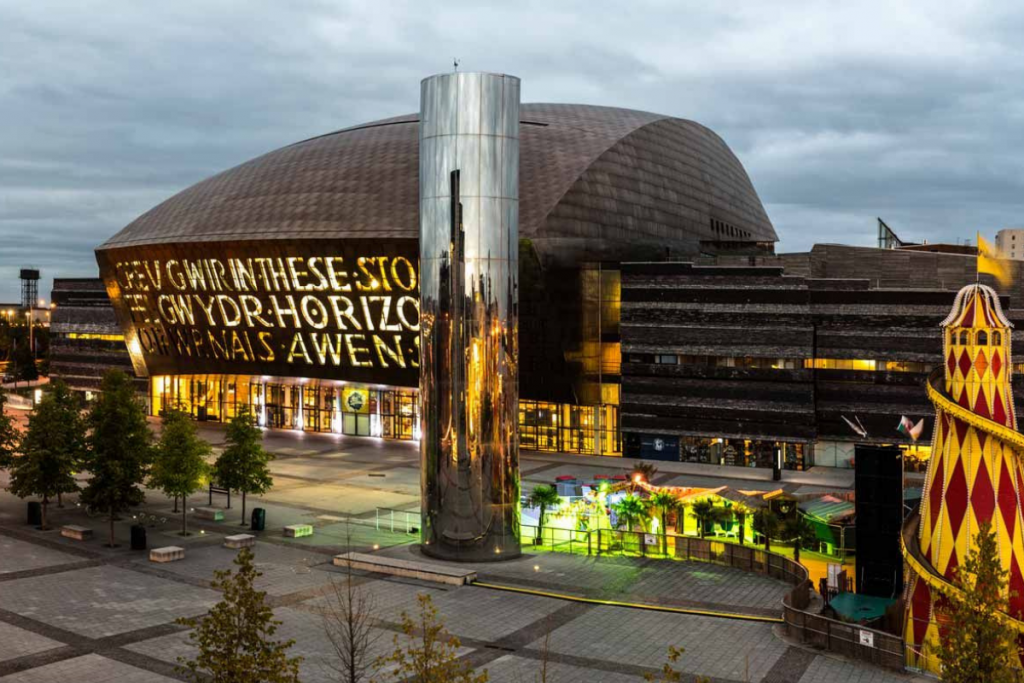 Where does Cardiff University rank?

Cardiff University ranks as the top university in Wales – 38th in the UK and 151st in the QS World University rankings. It is regarded as one of the best places in the UK to study Architecture, Communication and Media studies or Psychology.

How much does it cost to study at Cardiff University?

In terms of living expenses, Cardiff is cheap in comparison to other parts of the UK – it has the second-lowest monthly rent of all the UK’s university cities. Cardiff University estimates that living expenses for a year spent in Cardiff will amount to £8,990.50 (inclusive of rent). This is particularly inexpensive when you consider that living costs can be as high as £20,000 per annum in some parts of the UK.

Cardiff University has two campuses – Cathays Park where many academic buildings are situated and Heath Park where healthcare courses share the same site as the University Hospital of Wales. Cathays Park is probably where you’ll spend most of your time as it houses the student union as well as several Grade II listed faculty buildings and even a war memorial.

Self-catering facilities tend to start from £114 a week to £129 a week for catered accommodation. And if you’d prefer an ensuite bathroom then the price will be a bit higher.

If you’d prefer to rent privately then some of the popular areas for students include Roath and Heath, which have lots of independent cafes and popular drinking spots nearby.

Does Cardiff have good nightlife?

Cardiff is famed for its nightlife, which is just as well, given that it has the highest concentration of pubs and bars per mile in the UK.

Popular clubbing spots include Clwb Ifor Bach, Metros and Story Nightclub. There are also several LGBTQ+ clubs in the city centre, including Pulse and Mary’s Cardiff.

And if you’d prefer something a little more student-friendly then there’s a student night every Wednesday at Y Plas Nightclub in the student union.

Will I be able to find a part-time job in Cardiff?

Yes – just try handing in your CV in the heaving number of pubs, clubs and bars in the city centre. But if bar work isn’t your thing, then check out retail shopping centres in Cardiff such as the Royal Arcade, Capitol Shopping Centre and St David’s Dewi Sant.

Cardiff is very well connected by rail to London, Bristol and Portsmouth as well as Welsh beauty spots such as Holyhead. There are also several bus services from the city centre to Cathays campus. Cardiff is fairly walkable too – large parts of the city centre are pedestrianised.

You can also get a boat, if you fancy the trip, from the city centre to Cardiff Bay. 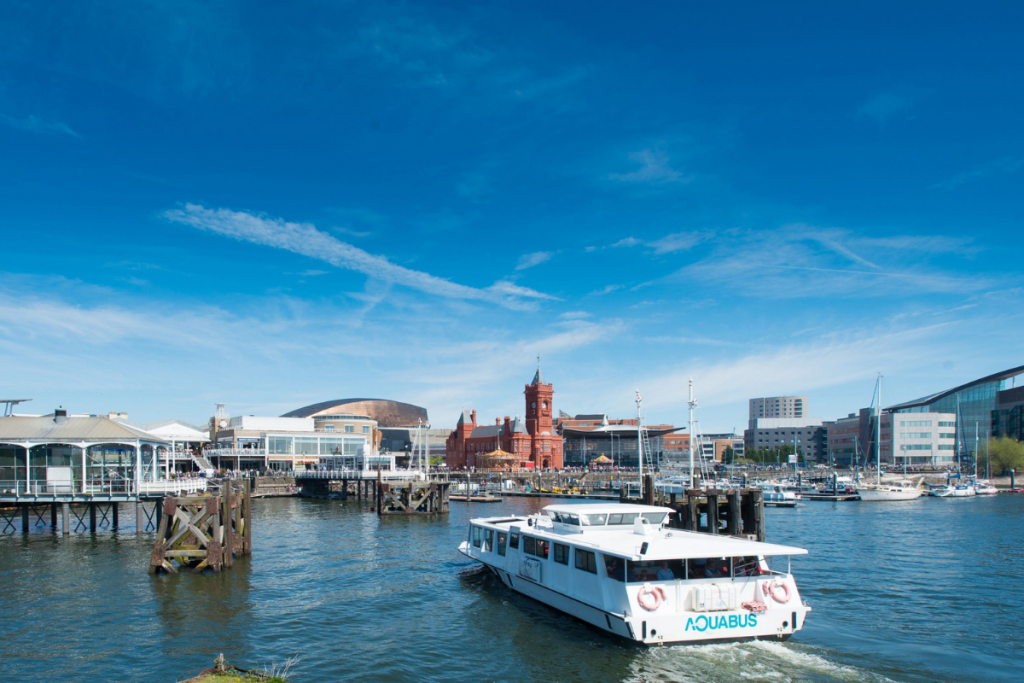 What’s different about studying in Wales vs England?

Aside from the weather, which tends to be a tad wet and chilly in Wales, the main difference is probably the Welsh language. Although your university course will be in English, many courses at Cardiff will be offered in Welsh too, so it won’t be uncommon to hear people speaking Welsh. For the majority of people living in Wales, English is their first language, but it’s worth learning a few phrases of Welsh to learn more about the rich culture and history of Wales.