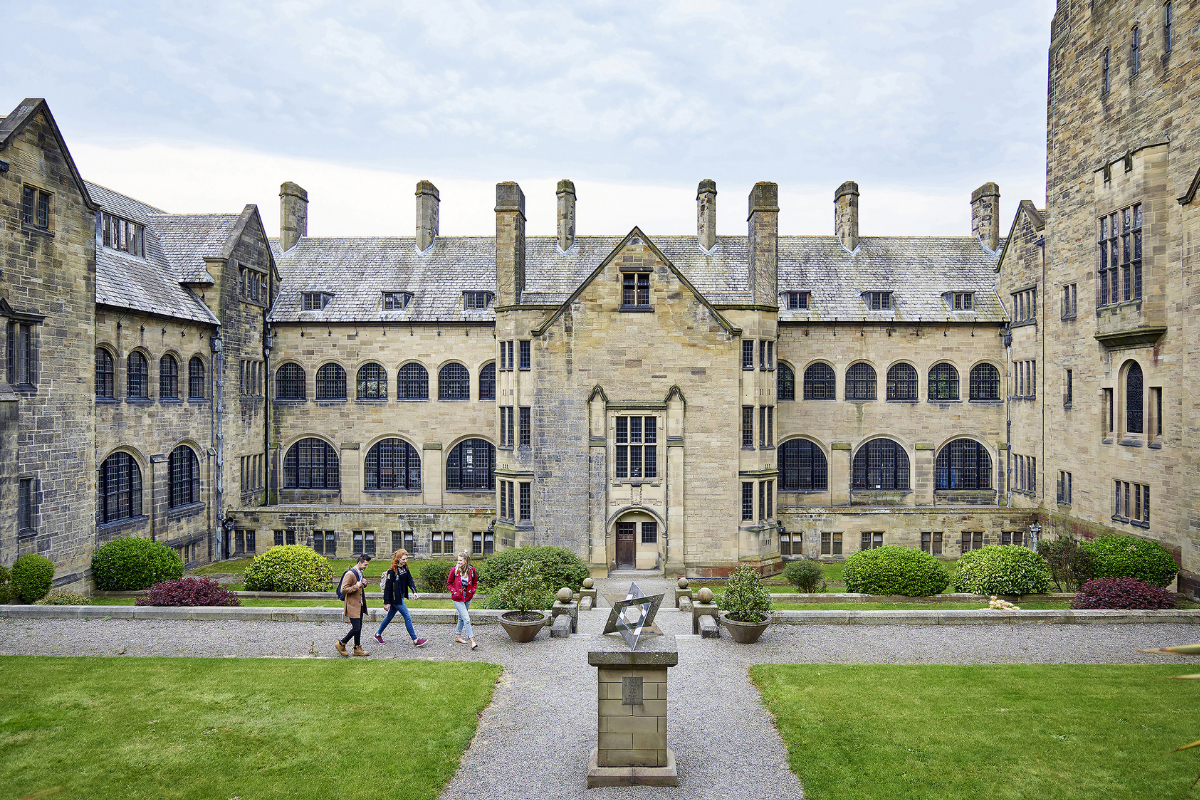 Thinking of applying to Bangor as an international student? Then read our guide to get the lowdown on what the university and city are really like.

What are the best things about studying in Bangor?

If you fancy living by the sea, then this Welsh coastal city might be for you. Located in North-West Wales, Bangor overlooks the Menai Strait, a stretch of sea that separates Bangor from Anglesey – a stunning island situated off the mainland’s coast. For scenic views of the coastline, amble down Bangor’s Garth Pier – which has panoramic views of rugged mountains from the nearby Snowdonia National Park.

And if you want to get the most out of your student budget, then Bangor is the city for you. In 2019, Bangor was voted the most affordable city for students due to its low rental accommodation prices. The city also has the award for the cheapest pint of beer in the UK – a pint of beer at the Black Bull Inn on the High Street costs £2.09, in contrast to the average national price of £3.69!

And given that Bangor is Wales oldest city, it’s also a great place for history buffs. Just check out the 19th-century Penryhn Castle, which exhibits quirky items such as a one ton slate bed made for Queen Victoria.

And due to its location on the North-West coast of Wales, Bangor is not very well connected to the rest of the UK. For starters, there aren’t any international airports in Bangor. Instead, you’ll have to travel to Manchester airport and take two connecting trains before you reach Bangor, which can be a bit of a drag if you have heavy luggage.

And if you’re looking for somewhere in the UK with a temperate climate, it might be worth skipping over Wales, which can be very windy and wet in contrast to other areas of the UK like the South of England.

14.2% of Bangor’s total population come from either a black or minority ethnic background, which is slightly higher than the 13% average across the UK. However, there is a sizable amount of international students in Bangor with over 2,500 students from over 120 countries choosing to study at Bangor University in 2021 – representing 15% of the total student population.

And if you’re craving some home-cooked food, then there are plenty of international supermarkets on Holyhead Road, such as the Oriental Grocery Food Store and Bazaar.

As a coastal city, Bangor is famous for its Victorian pier. The Grade II listed pier has stunning architectural features and incredible views of the coast and mountains of Snowdonia.

But apart from that, Bangor is known for its university, which brings in 12,000 students per year – nearly matching the total population of Bangor! Famous alumni include the Oscar-winning director of “Slumdog Millionaire”, Danny Boyle, and Nobel Prize Winner, Sir Robert Edwards.

Where does Bangor rank?

Bangor ranks in the top 500 universities in the world, fifth in Wales and 75th in the UK. It is particularly well regarded by prospective students for Ocean Sciences, Natural Sciences and Electronic Engineering.

How much does it cost to study at Bangor University?

International tuition fees start at £15,000 for humanities courses and rise to £19,500 for medicine courses – which is very affordable in comparison to other medical courses in the UK. You’ll also need to factor in living expenses and the University estimates that international students will spend £900 per month for accommodation, books, food and clothing, which is  cheap in comparison to other cities in the UK.

Established in 1884, Bangor has some lovely Victorian architecture – just check out the historic Main Arts Building where you’ll have your lectures and seminars! The campus is home to a library, science labs and the Pontio Arts and Innovation Centre – a state of the art theatre and cinema which is also where you’ll find the Student Union.

Bangor has a range of student accommodation, including en-suite and studio accommodation for families and has clusters of accommodation that the University calls  “villages”  The perk of these student villages is that everything is close together. The Ffriddoedd student village, for example, is home to three gyms, two sports halls and an indoor tennis and netball facility – which is just as well given that students have a free gym membership!

But if you’d prefer to rent privately, then Caellapa is a popular student area close to the campus.

Does Bangor have good nightlife?

Although the nightlife in Bangor is incomparable to the nightlife in bigger cities, it’s pretty decent for its size. Although there are only two main nightclubs in Bangor (Academi and Cube Nightclub) there are a string of pubs popular with students. For cheap pints, check out Belle Vue on Holyhead Road, as well as Skerries and the Harp Inn on High Street.

Will I be able to find a part-time job in Bangor?

Bangor is small, but there are plenty of cafes and restaurants to pitch your CV into. Many tourists use Bangor as a base to travel to Snowdonia National Park, meaning that this city has plenty of hospitality jobs for students, particularly in the summer months.

Bangor’s transport links are one of its weak points. Bangor does not have an international airport, so if you want to travel to the city from an international destination, then the closest airports are either Manchester or Liverpool.

However, Bangor does have a railway station that has direct connections to North Wales and Birmingham. You can catch a train from Bangor to London by changing trains at Chester and then again at Crewe.

In terms of public transport around Bangor, there is a regular bus service, but as the city is so compact, everywhere is pretty walkable on foot.

What’s different about studying in Wales vs England?

The main difference is probably the Welsh language – it won’t be uncommon to hear people in Wales speaking Welsh. Although your university course will be in English, all universities in Wales offer courses in Welsh, and almost half of all students who study a degree in Welsh do so at Bangor University!

For the majority of people living in Wales, English is their first language, but it might be useful to learn a few phrases of Welsh so that you can connect with the rich cultural and linguistic history of Wales.