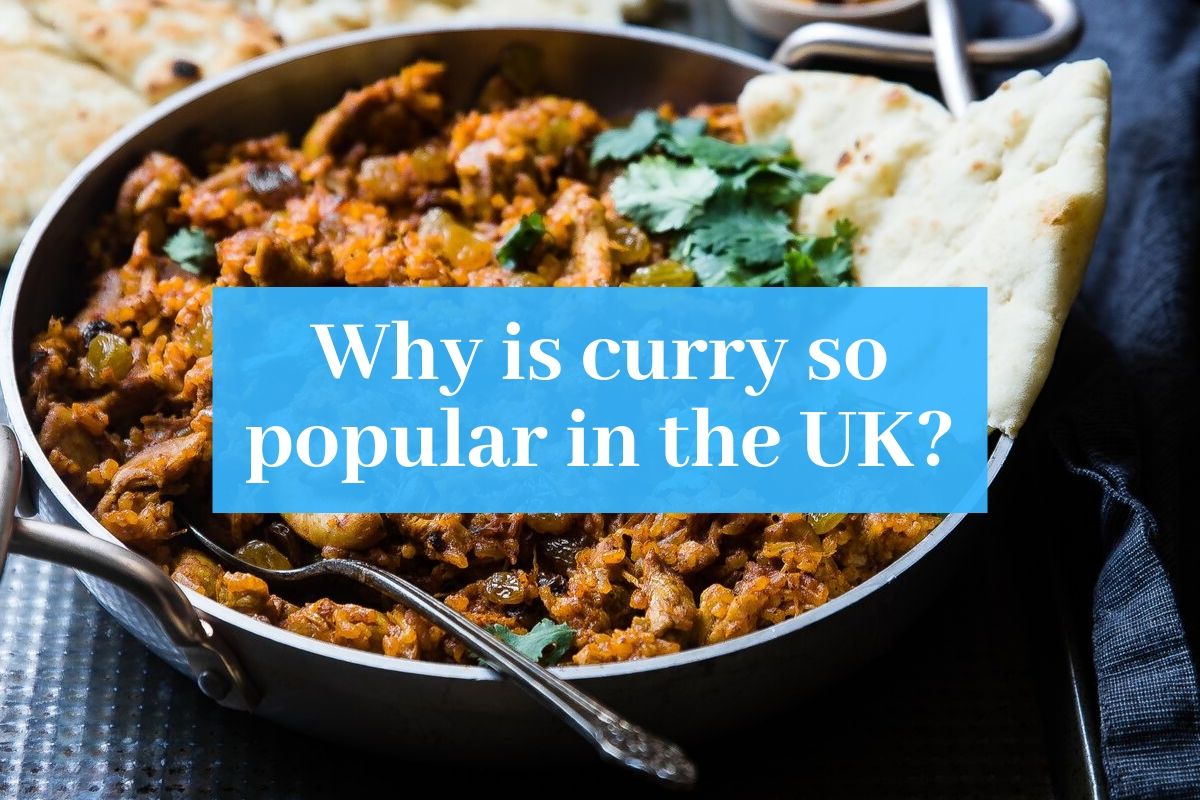 Brits are so crazy about curry that chicken tikka masala regularly gets voted within the top five most popular meals, and the love affair with curry can be traced back to the 18th century.

British bureaucrats and traders who had spent time in India wanted to continue to enjoy curries when they returned to Britain. Some brought private Indian chefs back to the UK with them; those who could not afford to hire a chef visited coffee houses where they could enjoy curry and hookah whilst lounging in bamboo chairs.

Early British curries were very different from the ones eaten nowadays. They were weak and bland. Many of the ingredients were not available in the UK, so cooks relied on dried spices that had travelled for many months and made substitutions where they could, for example using lemon juice instead of tamarind and apples instead of mangoes. Some early curry recipes also include things like heavy cream and sultanas. Why? It’s a mystery.

Queen Victoria loved Indian food and the upper and middle classes loved to copy her, and soon curry was an integral part of the British diet. An 1852 cookbook stated that “few dinners are thought complete unless [curry] is on the table.”

However, the ubiquitous Indian takeaways that we know and love today did not emerge until after World War II, when many South Asians migrated to the UK. They set up shops where they served curries alongside traditional British dishes such as chips and pies. As curry’s popularity grew in Britain, the chips and pies were replaced by more South Asian fare such as rice and naan.

It was common to add sugar to curries in the 1970s to make them more suited to British tastes. Although this is not so common nowadays, British curries still tend to be creamier, sweeter and richer than South Asian ones. Our favourite curry, chicken tikka masala, isn’t even a South Asian recipe – it was invented in the UK, illustrating beautifully how Britain has adopted foods from around the world with a few tweaks here and there.

What is a mince pie?