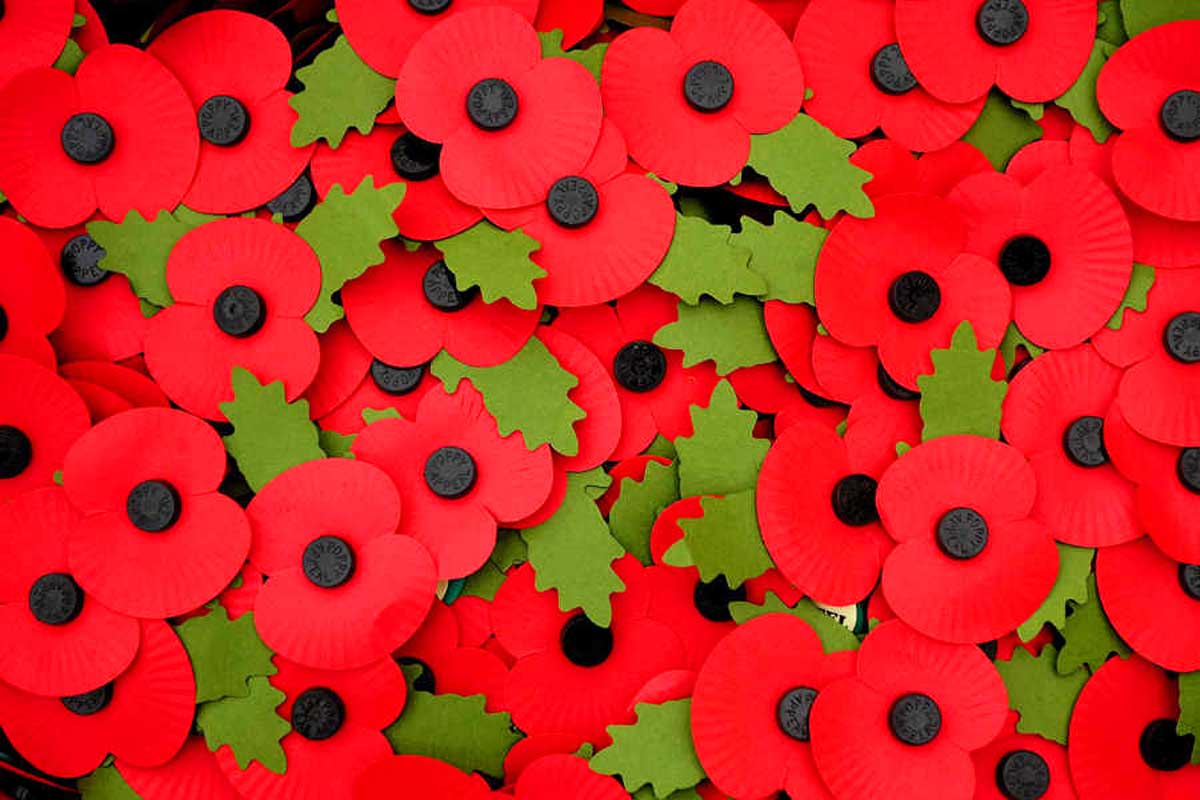 We don’t often get too serious, but in November you may notice that many people in the UK wear a paper poppy in their coat lapel. This gesture is to commemorate soldiers who have died in battles since World War I.

The use of the poppies was inspired by “In Flanders Fields” – a poem written by Canadian Lieutenant Colonel John McCrae in 1915. Many of the high casualty battles took place in poppy fields and their red petals came to signify the blood spilled during the conflict. Poppies have also been adopted by veterans in Canada, Australia and New Zealand. And even though Remembrance Day is a very British affair, the idea of wearing poppies actually originated in the USA during the 1920s.

Poppies are sold in the UK by the Royal British Legion – except in Scotland, where they’re sold by the Earl Haig Fund. To this day, over five million Scottish poppies are hand-made by a team of former soldiers; the process can take most of the year. All poppies are bought by donation, so you can choose the amount of money you put into the collection buckets or tins.

How to wear a poppy

Some people start to wear poppies on their clothing from mid-October, although it’s usually the penultimate week of the month that collections start. Some believe that men should wear their poppy on the left of their coat/jacket and women on the right, but the Royal British Legion say that the only rule is to “wear it with pride.”

There are a variety of poppies available to wear. The white poppy represents peace, while purple poppies are worn to remember service animals that died in battle. These poppies are usually worn as an alternative to the red poppy (or to complement it) and are created by companies separate from the Royal British Legion.

You’re welcome to wear a poppy if you wish, but be sure to brush up on your poppy etiquette first.

What is Remembrance Day?

In November we also have something called Remembrance (or Armistice) Day, like many other countries. In the UK the day marks the end of World War I, which officially ended on the 11th hour on the 11th day of the 11th month in 1918.

The war lasted four years and killed more than nine million soldiers. In the UK we commemorate the dead by observing a two-minute silence at 11am on the second Sunday in November.

Poppy etiquette: what to know

What’s on in November

10 things to know before going on a date with a...