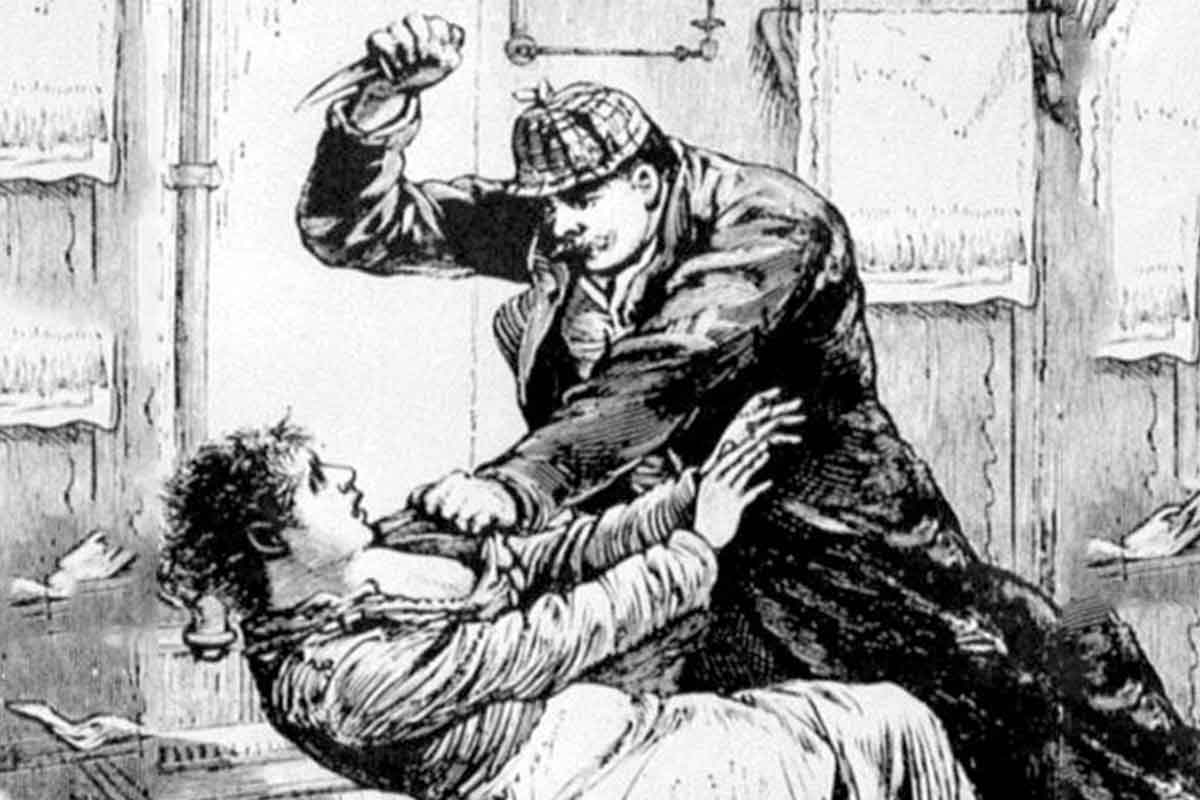 It is late at night and a woman walks down a dark street alone. Out of the fog, a shrouded figure approaches her. She hears gentle footsteps and turns to face him. The attacker’s hands close around her neck, choking her until she is unconscious. He then crouches over her, pulling out a twelve-inch blade as he does so. Minutes later she is discovered dead by the police.

This is the work of Jack the Ripper.

The murders of Jack the Ripper are known throughout the world as being one of the most famous unsolved serial killings in history. At least five women met their end at the hands of this unknown man, and some believe the number may be as high as 11.

How did the tale begin?

Mary Ann Nichols was a prostitute who worked in the Whitechapel area of London in 1888. At 3.40am on 31st August she was found dead on the corner of Bucks Row with deep slashes on her throat and her abdomen brutally cut open. This is the first of five murders that happened over three months from August to November 1888. The murders were of Mary Ann Nichols, Annie Chapman, Elizabeth Stride, Catherine Eddowes and Mary Jane Kelly. All of the victims were prostitutes in the Whitechapel area and almost all displayed the same method of killing.

One of the strangest things about the killings was that each body was missing vital organs when the police found the victim. These five murders are commonly known as the ‘Canonical Five’.

Who was the Ripper?

Since the murders in 1888 no one has been successful in identifying the culprit, although many people have been named as suspects. The problem the police faced was that there was very little in the way of crime-scene investigation back then. Unless the attacker left a personal item at the scene which could be tracked back to them, or if someone was able to give a detailed description of them, the police had very little chance of finding the right person.

The Ripper seemed to know this too. He planned his attacks to take place at night and far away from any prying eyes. This is probably one of the reasons why he chose to attack prostitutes. Back in the late Victorian era, prostitution was illegal and people selling themselves had to conduct themselves discreetly. Any customer would be lead to a quiet area of the town where the woman knew they would not be interrupted by the police. But these quiet places were also a perfect setting for the murders.

Why was he called ‘Jack the Ripper’?

This name came about through the newspapers. This was the first major murder story that had international appeal, so journalists would try everything to boost public awareness. One unscrupulous journalist wrote into a newspaper pretending to be the killer and signed the letter as Jack the Ripper. The name caught on because of the accuracy of the name with the gory details of the murders.

Although the letter was later uncovered as a fake, the world seized the sensational name the press had given the killer.

How did the investigation go?

The mystery of the Ripper case has never been put to bed. Even to this day people are still fascinated by it. This is why, in 1986, the FBI created a detailed psychological profile of Jack the Ripper to see if they could find the culprit by looking through the records from the time.

The profile took into account geographical situations, motives, required knowledge, any physiological prerequisites and potential psychological attributes. Once the mould had been cast all that was needed was to trawl back through the case notes and reports to see if anyone who had been suspected fitted with the profile.

Who were the suspects?

Over the years there have been many different theories about who Jack the Ripper was. Some claim it was a Whitechapel mortician, called Robert Mann, who examined the bodies after they had been found. One of the more outlandish theories is that it was the famous novelist Lewis Carroll (author of Alice in Wonderland) for making anagrams of Jack the Ripper in his books. Some people also believe the Duke of Clarence (grandson of Queen Victoria) had a hand in it. Prince Albert Victor was rumoured to have had a child with a woman who lived in Whitechapel. The belief is that the Royal family and the government tried to remove any evidence of the child by killing it and anyone who knew about it.

The most probable suspect of the Ripper case was young American who came over to England in 1888. Francis Tumblety arrived in England two months before the first canonical murder happened. And when compared to the profile, we see that he matches it almost perfectly.

Tumblety was staying near Whitechapel, so had local knowledge. He was trained as a medical assistant, so had the necessary skills to find organs and remove them quickly. He left his wife when he found out she was a prostitute and was believed to harbour a hatred for women. This gave him a motive for the attacks.

Sadly, anyone who had evidence of who Jack the Ripper was is dead now. And with the murders being more than 130 years ago, most of the evidence is now so contaminated that it can’t provide much insight. But more than that, with all potential suspects now dead, getting a confession from the real Ripper is now impossible. As a result of this, Jack the Ripper’s real identity will almost certainly never be known.

10 things you need to know about St Patrick