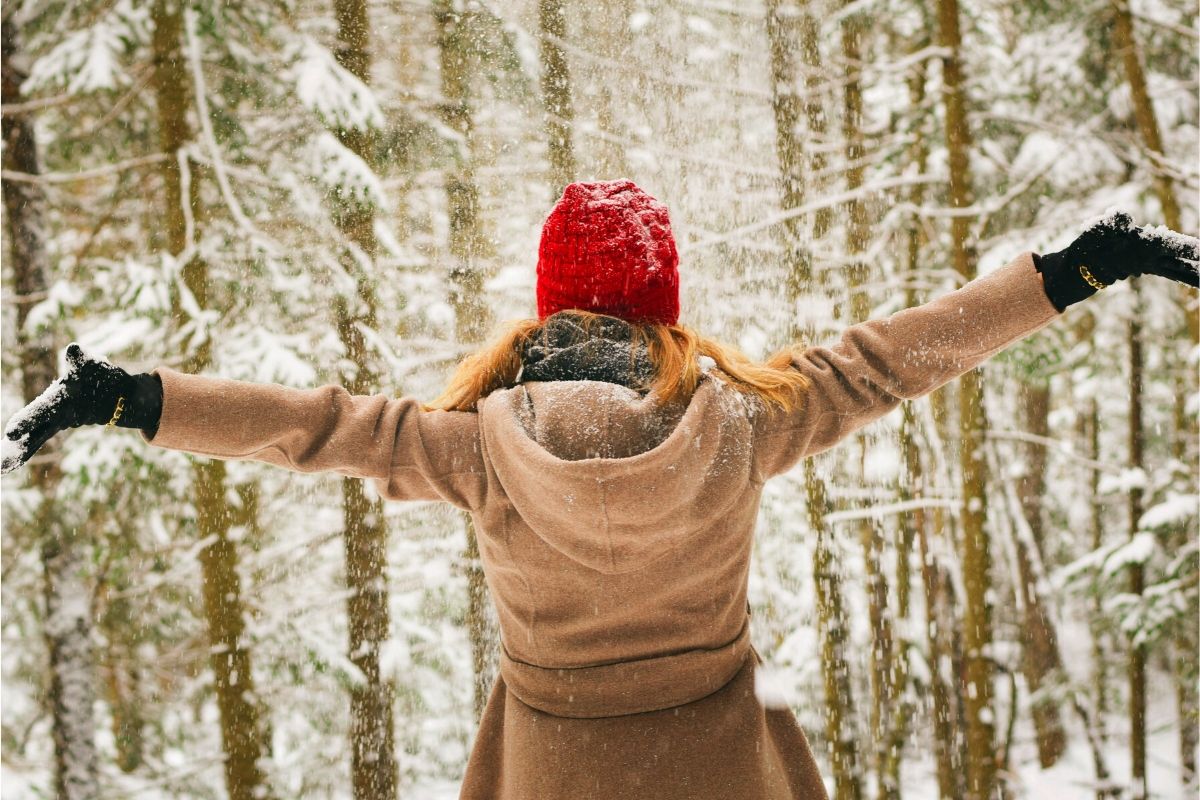 Depending on what country you’re from, you might be used to massive amounts of snow. Or maybe you’ve never seen the magical flakes before. Either way, there’s a good chance you’ll get snow while you’re studying in the UK.

If you’re planning to take a winter trip outside the UK during your stay, buy travel insurance. We Brits and our airports become a little hysterical and broken if we’re confronted with even a sprinkling of the white stuff – but more on this later.

Traditionally, the further north you go here, the more likely it is that the heavens will dump an impressive load on your doorstep. According to the weather geeks, the UK as a whole receives an average of 23.7 days of snowfall a year, and most of this is reserved for the north of England, Wales, and Scotland. The snowiest place in Britain is the Cairngorms in Scotland, which gets 76.2 days of snow or sleet on average per year. Meanwhile, Cornwall in the southwest is the least likely place to get a covering, with just 7.4 snow days annually.

To put it another way, students at universities in Glasgow and Manchester will statistically stand a better chance of having a snowball fight in any given year than students in Brighton or Exeter.

So what else do you need to know about snow in the UK? Compared to pretty much every other country that gets snow, Britain is uniquely poised to handle it badly. That’s because, historically, we haven’t had enough of it to necessitate making our infrastructure blizzard-proof, and nothing else on the bad weather spectrum disrupts our transportation systems like snow.

Brits are also very dramatic about snow, be it a mild powdering or a full-on storm. While other nations that get dumped on seem to just shrug then pull on a beanie and a pair of insulated boots, Brits see it as a catastrophe that requires stocking up on food and wearing 39 layers of clothing, even if we’re inside with the heating on. We also savour mild climate-themed calamities and will dine out for months on tales of how we very nearly slipped and fell putting the rubbish out or accidentally built a snowman that looks like Boris Johnson.

And actually, proper pillowy snow in most of Britain—freak storms aside—is still a rare and relished treat, especially for people who may not have seen snow in their lifetime. So if it does flurry in the coming weeks, try not to buy into our snow drama-slash-panic. Instead, grab yourself a scarf and a sledge and head for the nearest hill.

Did you know that even if it’s not snowing, Brits still love to talk about the weather?