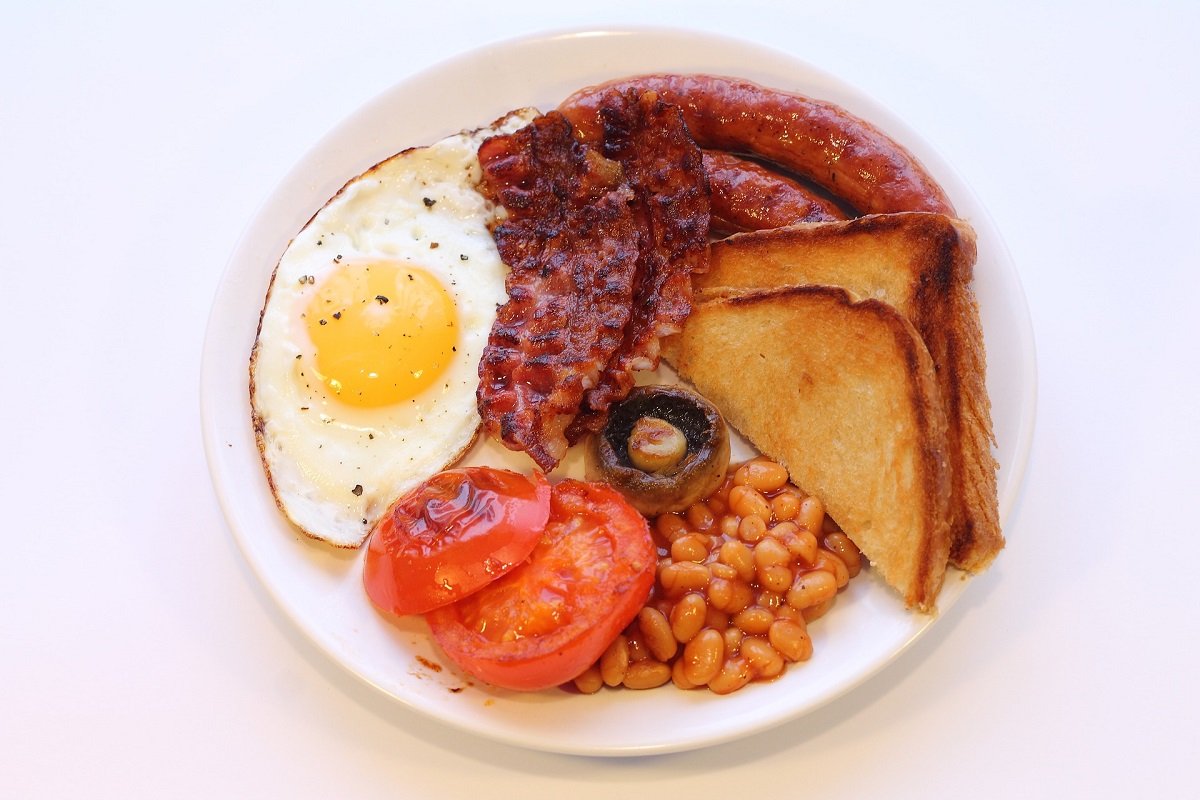 Also called a “full English” or a “fry-up,” a traditional English breakfast is hot, hearty fare that will give you all the energy you need to make it through the day. Or at the very least make it to lunchtime.

So what exactly is in this breakfast? Well it varies from region to region, but the typical full English breakfast includes fried eggs, sausages, back bacon, mushrooms, tomatoes, baked beans, and hot buttered toast. It’s all washed down with buckets of hot tea.

Sometimes you’ll be offered a slice of black pudding, too. Even though black pudding is part of a traditional English breakfast, it’s automatically included anymore because it’s, well, kind of gross. I don’t want to ruin your appetite so I’ll just say that black pudding is not suitable for vegetarians.

If you are a vegetarian or vegan there are versions of a traditional English breakfast that you can have. Many restaurants offer a less meaty twist on the full English by substituting halloumi cheese for sausages and mashed avocado for bacon.

In these modern times you may also be offered items such as hash browns or even chunky chips. None of these items are very traditional but really, who doesn’t love chips for breakfast?

Is the traditional breakfast the same everywhere in the UK?

Heavens, no. There are lots of regional variations on this classic dish.

A full Scottish breakfast, for example, has a “tattie” (potato) scone and perhaps a slice of haggis. In Cornwall, you might see a type of sausage called “hog’s pudding” and potato cakes. The Welsh variation probably looks the most different: it has cockles and a seaweed-based dish called laverbread. In Ulster, you might get your breakfast with a slice of Irish soda bread.

No matter where you’re eating, though, one thing you’re guaranteed is a delicious and very filling meal.

Why is football so popular in the UK?