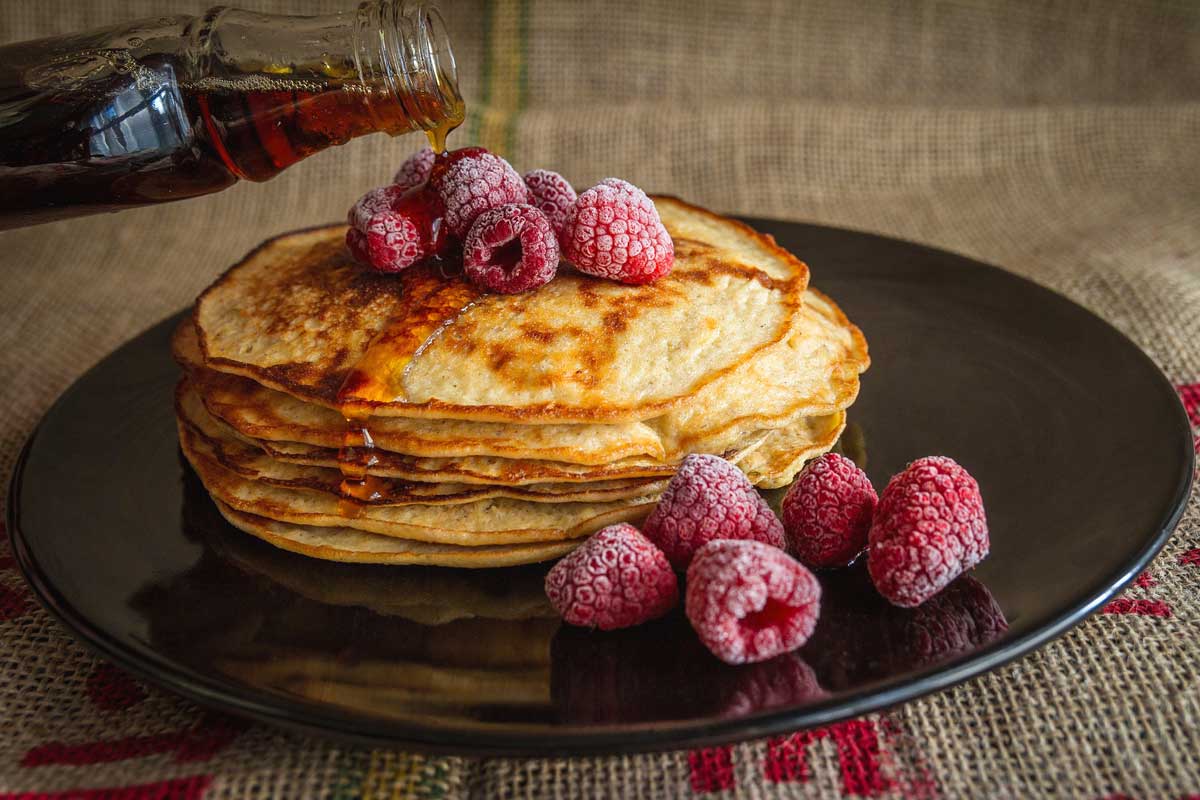 This article about Shrove Tuesday was updated by the Great British Mag content team on 1 March 2022.

If you’ve been hearing a lot of talk about pancakes recently it is because Brits celebrate something called Shrove Tuesday, commonly known as Pancake Day, which marks the last day before Lent. A Christian tradition when people give up something they love to eat or a bad habit, such as smoking or spending too long on social media, for 40 days.

What do people do on Shrove Tuesday?

The word ‘shrove’ stems from the old English word ‘shrive’, meaning to ‘confess all sins’. In ancient times this day was the day to ask for forgiveness.

On Shrove Tuesday people also gorge on pancakes. Why? That is because it is the last day to feast before they fast for 40 days and to use up things like butter and eggs, which are traditionally not eaten during Lent.

Nowadays pancake races are hosted to celebrate the day in the UK. Participants will race down the course whilst tossing a pancake in their frying pan, and most people cook pancakes at home to mark the day and eat with condiments such as sugar and lemon, melted chocolate or melted cheese.

When is Shrove Tuesday this year?

In 2022 the date for Pancake Day is 1 March so get your pans ready.

The date does change from year-to-year though. It can be in February or March because it always falls 47 days before Easter, which does not fall on a fixed date either.

What are the customs and superstitions around Shrove Tuesday?

In the old days the term ‘shroving’ referred to a custom in which children sang or recited poetry in exchange for food or money.

Other customs and superstitions include the belief that the first three pancakes cooked were sacred. Each would be marked with a cross, then sprinkled with salt to ward off evil spirits. Other local traditions include:

Girls were given an afternoon off to make their batter and the eldest, unmarried, girl would toss the first pancake. A successful pancake “toss” meant that she would be married within the year.

Special oatcakes called Bannocks were made using oatmeal, eggs and salt and cooked on a griddle. A charm would be added to the dough and if an unmarried person found it, people took it as as a sign that they would be married within the year.

In Wales the custom is that people would pass from door to door asking for flour, lard or butter. In some parts of Wales children would kick tin cans up and down the streets, believed to commemorate putting away pots and pans for Lent.

What is Boxing Day

What is Remembrance Day

What is St David’s Day

10 Black Britons you should know

Are British and American English the same language?