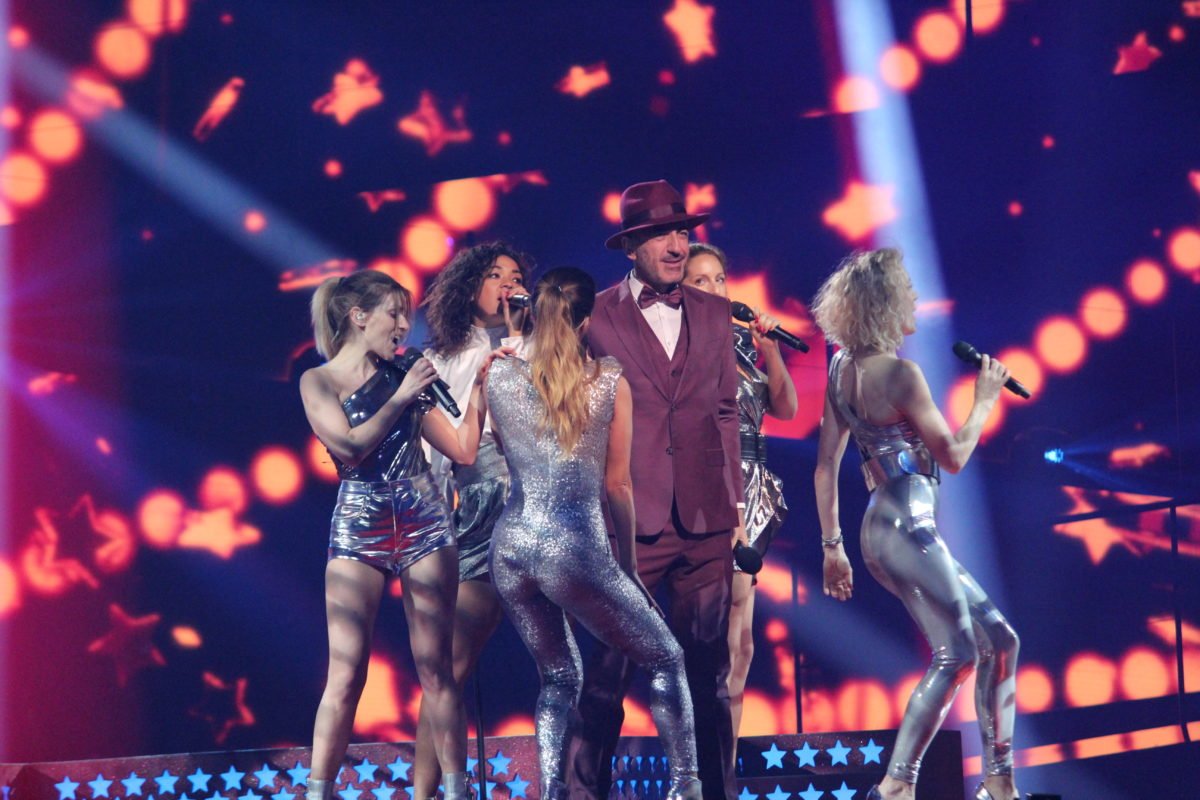 Eurovision is an annual song competition that is famous for its silly and melodramatic performances. Even though some non-European countries like Israel and Australia compete in it, it is generally considered a European event.

Eurovision started in 1956 as a friendly competition to test the limits of live television broadcasting technology and help bring European countries together after World War II. Only seven nations participated in the first Eurovision.

Nowadays, dozens of countries compete every year. The winning country has to host Eurovision the next year. This is very expensive, and sometimes countries cannot afford to win. When they can’t afford to host, they send terrible acts to the Eurovision competition and lose on purpose.

The winner of this annual song competition is decided by televoting. People in every country call in and vote for their favourite song. Songs can earn between one and 12 points.

Many countries give their close allies lots of points as a show of solidarity and friendship. For example, Sweden, Norway, and Finland are neighbouring countries with similar cultures and shared history. They usually give each other lots of points every year, even when they are competing against each other. The UK and Ireland have historically given each other high scores.

Why is Eurovision so silly?

Unlike many international competitions (such as the Olympics or the World Cup), it is not a serious event. The whole point is to have fun and goof around a bit.

You may have seen video clips of flaming pianos, singing grandmothers, nonsensical lyrics, and performers wearing super-ugly costumes. Many fans love how weird and absurd Eurovision is. They like the bad performances much more than the good ones.

Many Brits like to hold Eurovision parties. They meet their friends at pubs or in their homes to drink, dance, and poke fun at how ridiculous everything is. A popular party game is to make your own scorecard. You can decide what matters to you in a Eurovision performance – for example, campy costumes or lots of fire – and rate each act.

The 2019 Eurovision Song Contest finals will be held on 18 May at 8:00pm. BBC1 will broadcast it, and Irish comedian Graham Norton will front the show.

The 2020 Eurovision Song Contest will be hosted by the Netherlands in May. The finals’ dates are yet to be determined.