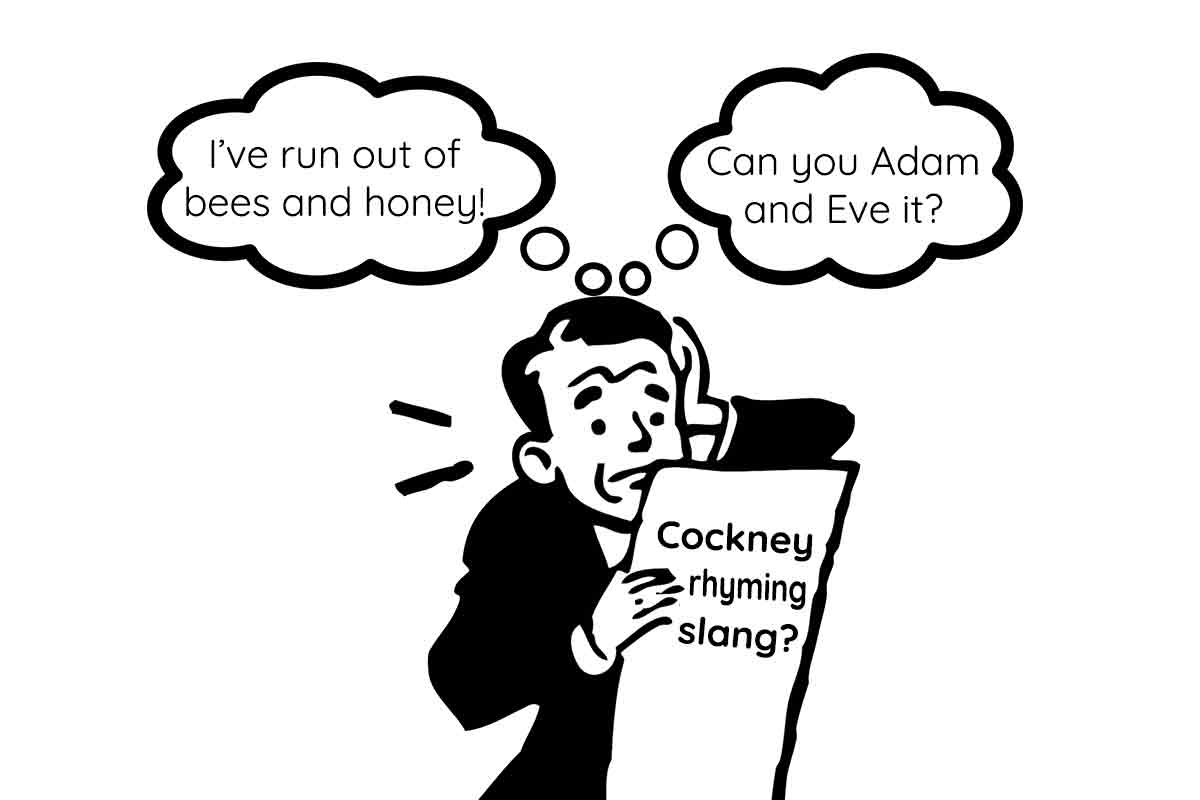 Cockney rhyming slang can sound like a collection of words that appear to make no sense. Even the majority of Brits cannot decode the sentence because it is a distinct dialect of people born in the East End of London.

A Cockney is a person born within a radius of St Mary-le-Bow Church, Cheapside, London. Traditionally, you were only classed as a true Cockney if you could hear the bells of the church. These days a Cockney has a wider radius and includes people that come from the East End of London and towns on the outskirts of the city including Luton, Leighton Buzzard and Essex.

To understand rhyming slang you need to know how it works. Start with a word, think of an object or expression that rhymes with that word and use it as a substitute. For example the word “head” rhymes with “bread” so you could replace the word “head” with the term “loaf of bread.”

It starts to get confusing when part of the rhyme is left out. So a “loaf of bread” becomes “loaf” and only those who know the association will understand what you are going on about.