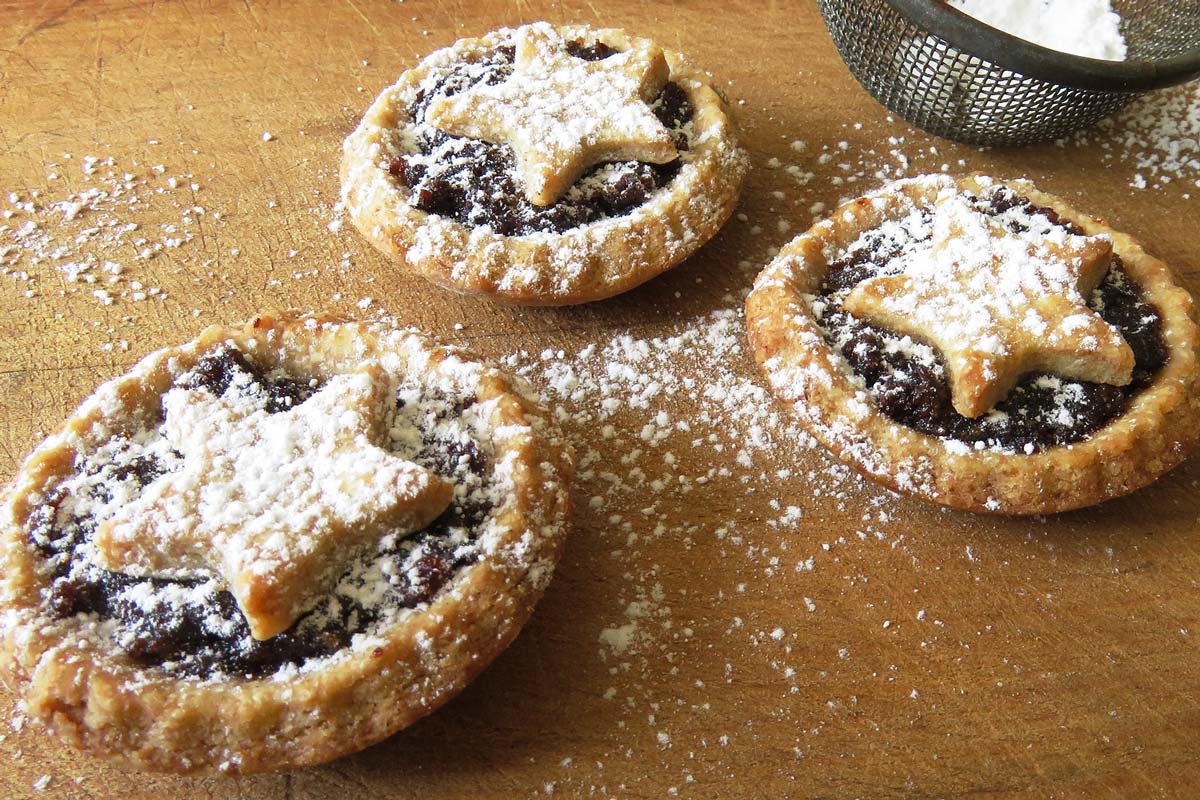 This article about mince pie was published by the Great British Mag content team on 6 December, 2019.

Mince pies are a sweet treat that are only sold in shops and made at home in December to celebrate Christmas in the UK, but they were originally savoury and in fact did include minced meat.

The early version of mince pies can be traced back to the 13th century, when Europeans returning from the Middle East bought back recipes containing meats, fruits and spices. And in the beginning they were called several different names, including “mutton pie”, “shrid pie” and “Christmas pie”.

During the Victorian era, the popular recipes for mince pies became sweeter and it’s size and shape started to change from a large oblong to a pie shape.

The ingredients for an average mince pie are raisins, sultanas, currants, and sugar. As well as spices such a nutmeg and cinnamon. Traditionally these ingredients used to be encased in suet, which is mutton or beef fat, but these days the pastry is typically made using butter. And you can also find vegan alternatives.

Brits typically eat a mince pie cold and accompany it with a glass of mulled wine or a cup of tea, of course. However, it can be served warm and they are delicious with a dollop of cream.

Why do we eat mince pies at Christmas?

Mince pies were originally made to celebrate Jesus. They were oblong in shape to represent the manger that Jesus slept in as a baby and have a ‘pastry baby Jesus’ carved into the pastry. Traditionally one mince pie is eaten for the Twelve days of Christmas. And Children are told if they leave a mince pie for Father Christmas they will get an extra present.

Learn how to cook a perfect British Christmas dinner

Why are mince pies eaten at Christmas