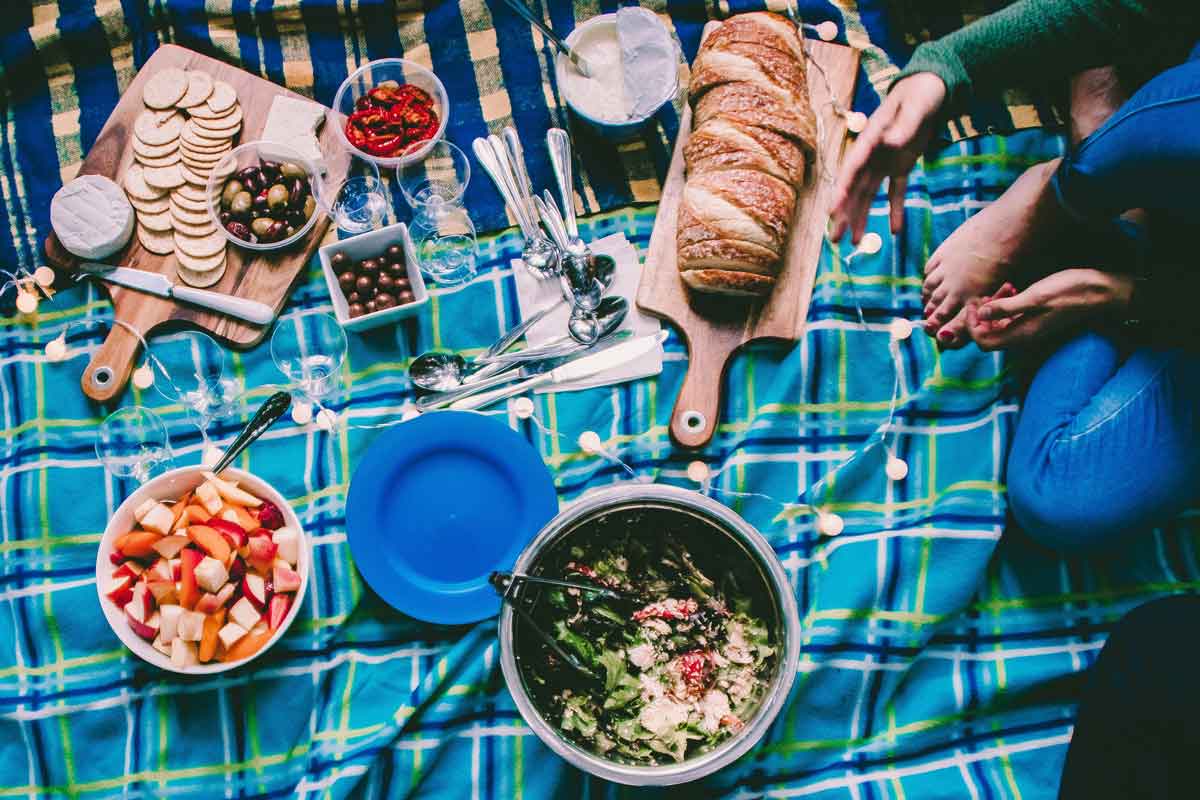 This article about what happens at British picnics was published by the Great British Mag content team on June 7, 2019.

The warmer weather signals the start of the picnic season! Sooner or later you’re going to be invited to one, so what happens at British picnics?

The word picnic is actually French – pique-nique – and means eating outdoors so that is what you will be mainly doing.

An average British picnic involves going with friends to a sunny outdoor space, such as a park or beach, to eat, drink and socialise.

Depending on how posh the gathering is, you might take a picnic basket which has plates, glasses and all the things you need to enjoy an alfresco meal. A less posh picnic will involve disposable plates and cups.

Picnic food tends to be cold stuff like Scotch eggs, sausage pies, salads, sandwiches, crisps and the summer time favourite – the quiche! Some people do take disposable BBQ’s to cook burgers, but be warned most public places prohibit this.

Drinking is a big part of any British picnic and summer drinks like Pimm’s and lemonade – which can be bought pre-mixed – are popular. But if you don’t drink alcohol, just take what you like.

It’s also traditional to toss a frisbee around or play a team game like football or rounders.

Picnics can last a long time. We Brits like to stretch out our picnics for as long as possible because, quite frankly, one day of glorious sunshine might be the only one of the year!

Here are a few do’s and don’ts if you get asked to a picnic.