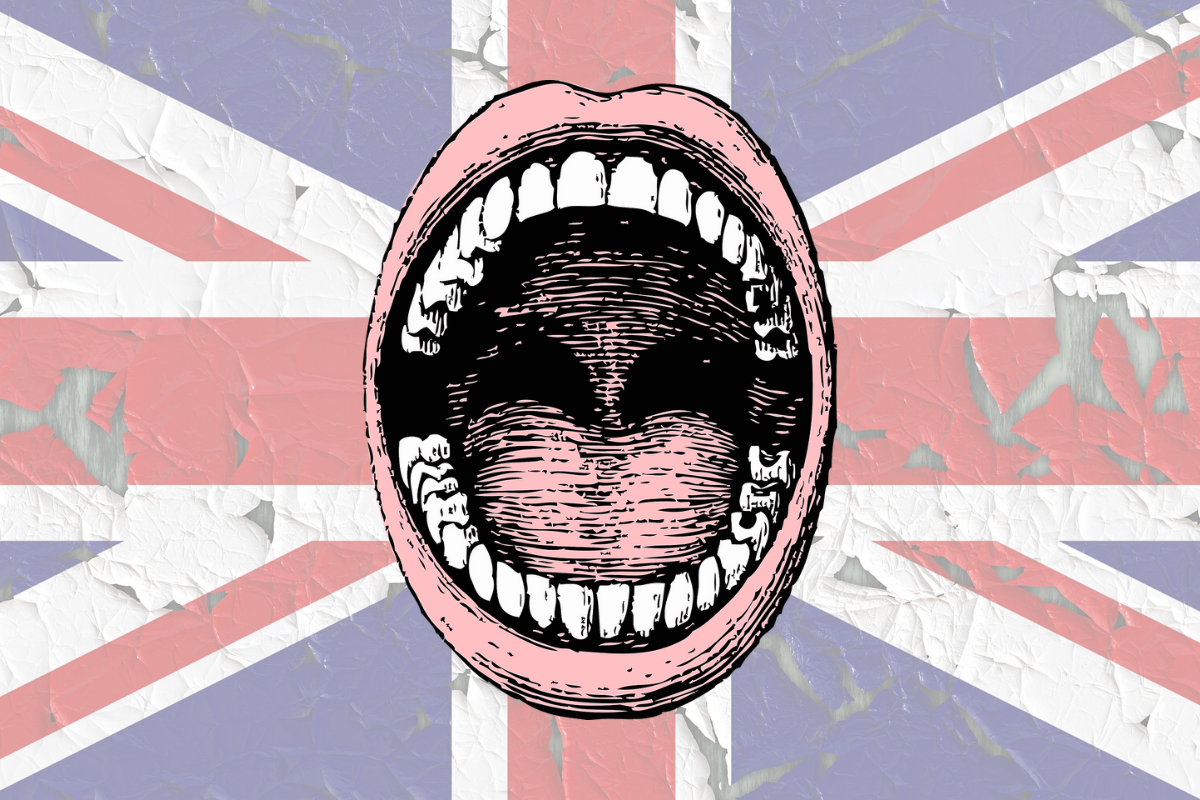 This article about the lowdown on British teeth was published by the Great British Mag content team on 14 November, 2019.

One thing that those coming to the UK are often not prepared for is the amount of British teeth that they will be seeing, whether that be during smiling, laughing or, occasionally, eating. You may come from a culture where displaying your teeth can be seen as rude or even aggressive. But us Brits love to show off our gnashers (yes, we do sometimes call them that) at every opportunity.

One thing that can be initially confusing is that we are happy to smile through adversity and at just about anyone, whether we like them or not. We see a smile as a sign of stoicism or a polite gesture rather than a sign of happiness, so don’t take it to have any great meaning when directed at you in a shop, on a bus, or in a public bathroom.

So, why do Brits like to show off their not-so-pearly-whites? Well, some may say that there is simply a very British joy in simply having some teeth. Up until the mid-twentieth century, Brits may well have had all of their molars or incisors extracted to save on pain and dental bills, or even to sell on to more wealthy members of society –  who used them to replace their own rotten chompers. So, even a mouthful of Hampsteads (Hampstead Heath being cockney rhyming slang for teeth) that looks like crooked gravestones is perhaps something to be celebrated.

Of course, Brits may also be happy to show off their teeth as a nod to the free dental care that is available to all children in the UK. This can include expensive braces or orthodontic work, although the standard of this work has often been looked down upon by Americans, so much so that it is a staple of US humour, from The Simpsons to the Austin Powers series of films.

Naturally, Brits are self-deprecating enough to laugh along open-mouthed, often letting a little spittle fly. Humour is very much a shared experience in the UK, from the cinema to the comedy clubs, and we like to laugh long, loud and collectively.

You may well see more tooth action from the lower orders when it comes to social class, but when the upper classes let go with a wide-mouthed laugh you are quite likely to a set of teeth that would put a racehorse to shame.

Thanks to TV and Instagram, many Brits have now embraced dental veneers. So those that can’t afford the most expensive private dental surgeons now have a full set of very white, very false teeth that look like they are wearing them for a fancy dress party.

Television presenter Rylan Clark-Neal (who will be on at least one TV channel when you switch on) currently has the most famous set of gnashers in the UK, with his bright white veneers being visible from several miles away on a winter’s evening.