Wherever you go in the UK, chances are you will find a legend, a folk story or a myth that most people believe but isn’t true. This got us thinking which ones are our favourites? Here we have compiled a list of ten things you may not know about the UK.

Yes there really is a 180ft tall figure of a naked man carrying a club etched in a hillside in Dorset. Why? Why indeed!

The figure known locally as “The Rude Man” has been subject to many myths. One of them suggested that it was fashioned on Hercules, the Roman God, known for his sexual prowess. However, the true meaning and even his age are in dispute – Is he an ancient fertility symbol, a cheeky 17th-century joke or something else entirely?

The giant’s manhood has only been covered during World War II when he was disguised to prevent the enemy from using him as an aerial landmark.

2. London wasn’t always the capital of the UK

Did you know London only became the capital in the 12th century? The first capital of England was Canterbury then it was Winchester until the 11th century.

Interestingly during World War II, the government was moved to Birmingham and the city is referred to as the “second city” because of its importance during the industrial revolution.

Not anymore. Forget the romantic movies from the 1940s and 1950s that you may have seen. Actually the real cause of London’s fogs was not the damp weather but air pollution from the millions of households that were burning coal, which filled London’s air with smoky soot. In fact before the 1956 Clean Air Act a popular nickname for the city was “The Smoke”. 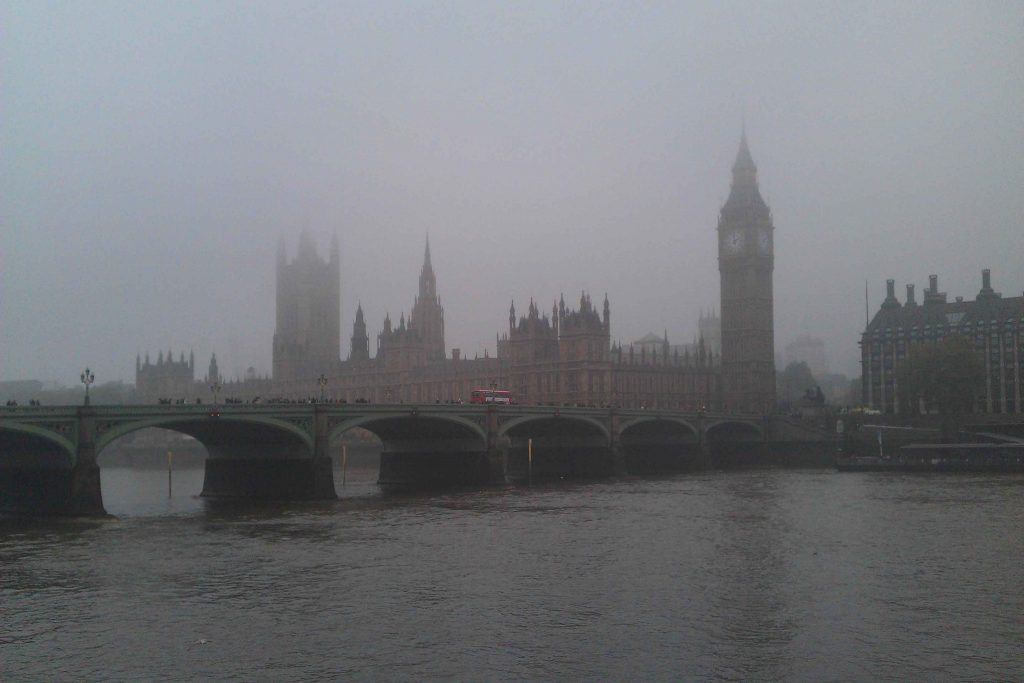 4. England is the same as the United Kingdom

The UK was created in 1707 by the Act of Union between England, Wales and Scotland. The name ‘United Kingdom’ wasn’t adopted until 1801 when Northern Ireland was brought into the union.

Scotland, Wales and Northern Ireland all have their own devolved governments and unique cultures. Wales even has its own language.

Afraid not! The Queen has the powers to appoint some high ranking clergy and to grant some honours, such as knighthoods, in her annual birthday honours list. However she has little say in governing the country.

The elected Prime Minister, currently Theresa May, has the real power.

6. Robin Hood robbed from the rich to give to the poor

It is unlikely there was a person actually called Robin Hood, who robbed the rich to give to the poor.

Even though we don’t want to destroy your fantasy, the more likely truth is that writers of the time romanticised fugitives who flouted the harsh laws that favoured the rich, and hunted in the vast areas that the average person was forbidden to enter and robbed from the wealthy.

There is evidence that at the time when the legend of Robin Hood was born, criminals were referred to as Robin Hood as a nickname as Robin rhymed with robbing.

7. There is an ancient monster in Scotland

The legend of Nessie, the ancient monster that skulks in Loch Ness in Scotland, was reportedly first seen in 1933. Now the GB Mag team doesn’t believe in Nessie, which is suggested to be from the Lizard family surviving from the Jurassic period, but if you do see any traces of him, her or it as you explore the loch, share with us!

8. Jack the Ripper’s identity was covered up

The serial killer ‘Jack the Ripper’ was scarily real. The fact that five London prostitutes were brutally murdered in 1888 is beyond dispute. However the identity of the killer, who was never found, remains a mystery.

A number of conspiracy theories point to famous people ranging from artist Walter Sickert and author Lewis Carroll, to musician Michael Maybrick who was a Freemason. And it is suspected that other Freemasons within the police helped him to cover up his crimes.

Another popular theory is that the crimes were committed to cover up a murder committed by a husband, who was embarrassed of his wife after she returned to prostitution.

So many theories but no real evidence! Will the true identity of the gruesome killer ever be revealed?

9. Cornwall was once home to a giant

Legend has it St Michael’s Mount was the work of a Cornish giant Cormoran, who built a fortified home from where he could terrorise the locals living in the nearby village of Marazion. But one night, local lad Jack crept over to the island and dug a hole disguising it with straw. Then as the legend goes Jack woke the giant and made him angry in a bid to get him to walk towards the hole he’d dug. Could Jack really be a Cornish hero?

There are many conspiracy theories that suggest Stonehenge is one big hoax that was created simply to attract tourists to Wiltshire. One fact that makes people question the authenticity of Stonehenge is: at least a dozen of the stones have been straightened and re-erected between 1900 and 1960.

Restoration work also took place in the 60s when some of the crumbling stones were reinforced with concrete. Whilst the restoration work has been documented, it is not widely promoted, which leads to the conspiracy theory that Stonehenge looks nothing like what it did originally.