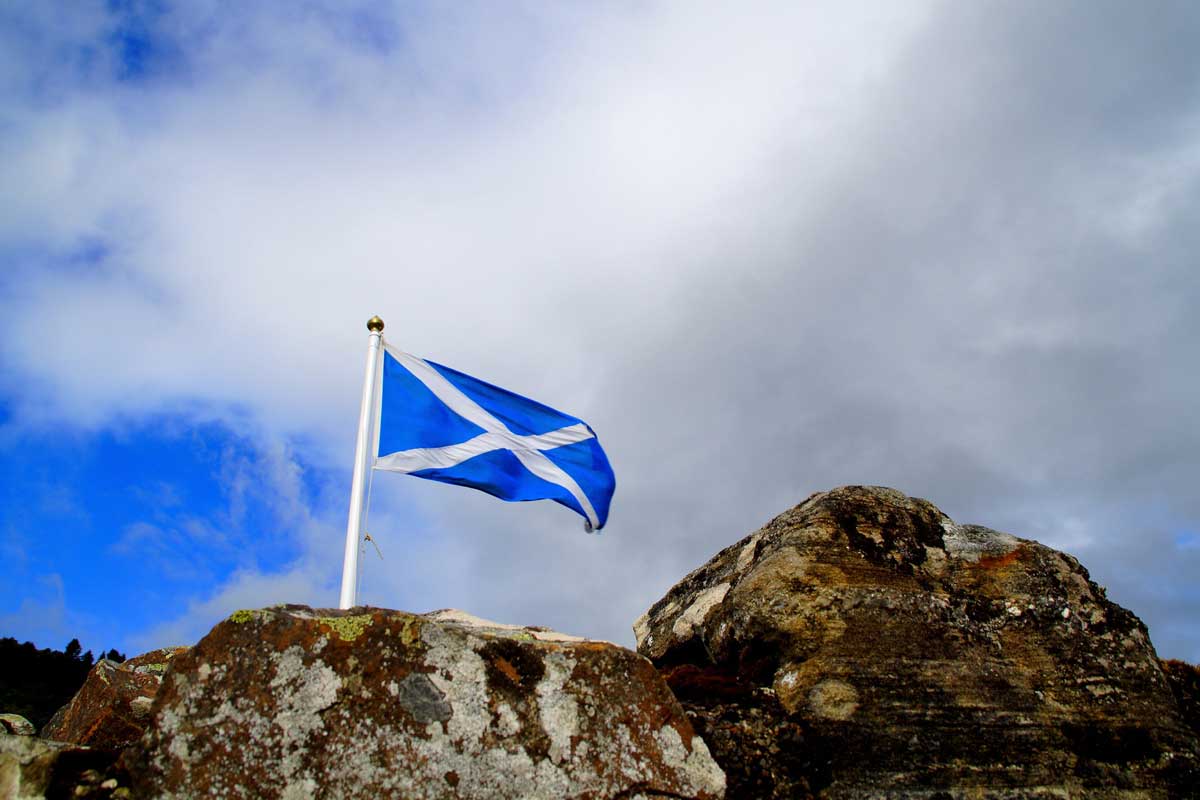 The national Scottish flag, or The Saltire, has a white diagonal cross on a blue background. This represents the crucifixion of St Andrew, Scotland’s patron saint.

When St Andrew was sentenced to death by crucifixion by the Romans in Greece, he asked to be hung on a diagonal cross. This was supposedly because he didn’t see himself as worthy to die on the same shape of cross as Jesus.

The origin of the Scottish flag is legendary. Believed to be the oldest flag in Europe and the Commonwealth, tradition has it that the flag was born in a battle fought near the East Lothian village of Athelstaneford in AD 832.

An army of Picts and Scots commanded by King Angus mac Fergus invaded the Angles and Saxons in East Lothian. Unfortunately for them, the Picts and Scots found themselves unexpectedly surrounded by a larger force of Saxon soldiers.

Fearing the outcome, King Angus led prayers for victory. Legend has it he saw a vision in the clouds of the formation of a white Saltire against the blue sky.

The king vowed that Andrew would become the patron saint of Scotland if Angus gained victory with the saints’ help. He also promised the formation he saw in the clouds would become the Scottish flag. In the end, the Scots did win. And Angus kept both of his promises.

The history of Christmas