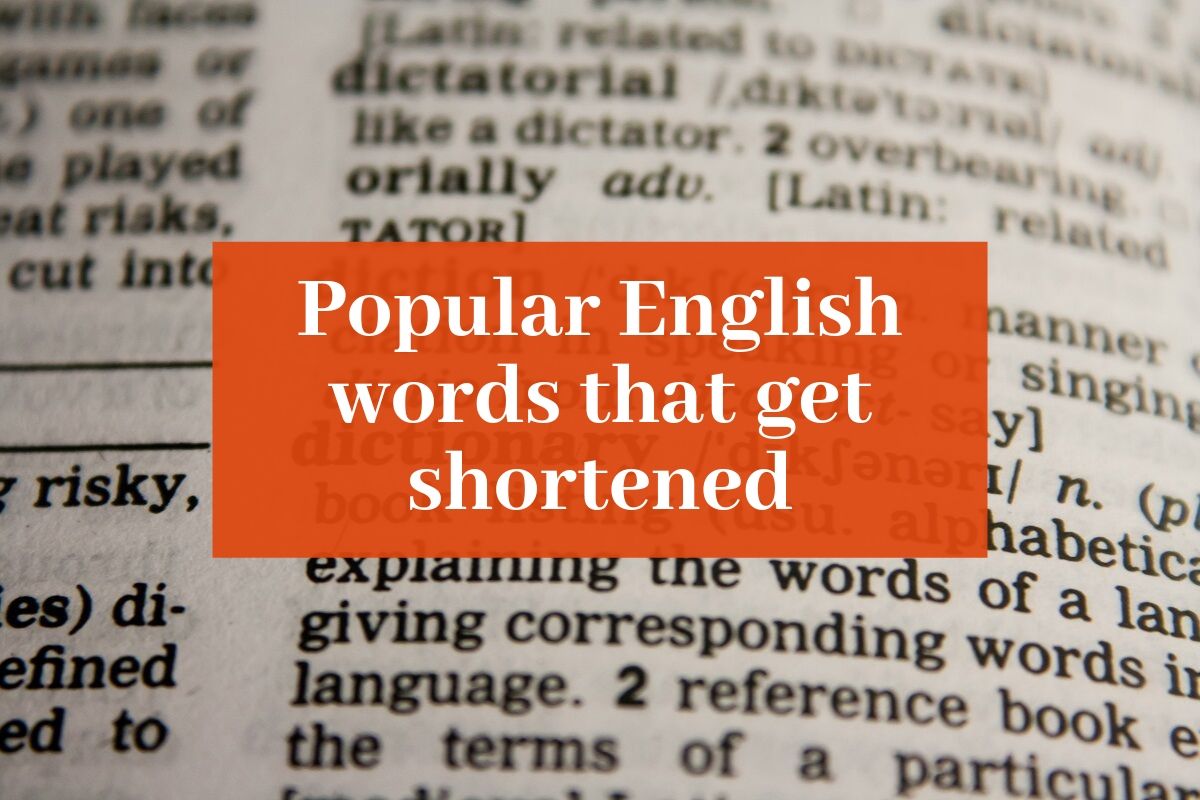 When you learn a second language you also learn the correct pronunciation of words – but the reality is that native speakers rarely speak with correct pronunciation. And Brits in particular love to shorten their words! Knowing the most common abbreviations will help you understand what the locals are saying.

Here are some words that are regularly used in their shortened version. GB Mag also has a handy dictionary of British slang to help you decode what the Brits around you are saying.

Ammo – short for ammunition. It literally means bullets and bombs, but is commonly used in sentences when people want to express that they have what it takes to win a debate or argument.  For example, someone might say: “do you have the ammo to back up that theory?”

Brummy – is used to describe someone with a Birmingham accent and the word originates from the word “Brummagem” which is the historical name for Birmingham.

Brill – is short for brilliant and can also be used when you want to describe something that is amazing or extraordinary.

Defo – is short for definitely and is used informally. For example if a friend asks you whether you will be able to meet them at 7pm you could reply with a “defo!”

CofE – This is short for the Church of England, which is the Christian Church led by a British Monarch, currently Queen Elizabeth II, rather than the Pope. It is pronounced “see of ee”.

Footy – is short for football. The term originates from Australia and is the slang word for Australian style football, which is totally different to British football! Nonetheless it is widely used in the UK.

Fab – is short for fabulous and fantastic.

Gob – is a substitute word for mouth and originates from an old Scottish word.

Gov/guv – is short for government and can be used as a substitute for boss, although the spelling does change to “guv.”  For example, you may hear people say: “I will have to ask the guv if that is OK”.

Hols – is short for holiday. For example, it is common to say “where are you going on your hols?”

Innit – is short for “isn’t it” and has become infamous slang.

Info – is short for information.

Indie – refers to rock music that is not released by a major label but independently.

Lav – shortened version of lavatory. This originally meant the room in which people bathed. Since the 19th century it is commonly used when referring to the toilet. For example someone could say “where is your lav?”

Legit – means when things are within the law, but used to indicate that something is legitimate, real or even cool.

Mo – is short for moment. For example, someone could say “give me a mo and I’ll be with you.”

Prob – can be short for problem and probably.

Ta – is short for thank you and is popular across the UK, especially in the north of Britain.

Vac – is short for vacuum cleaner.