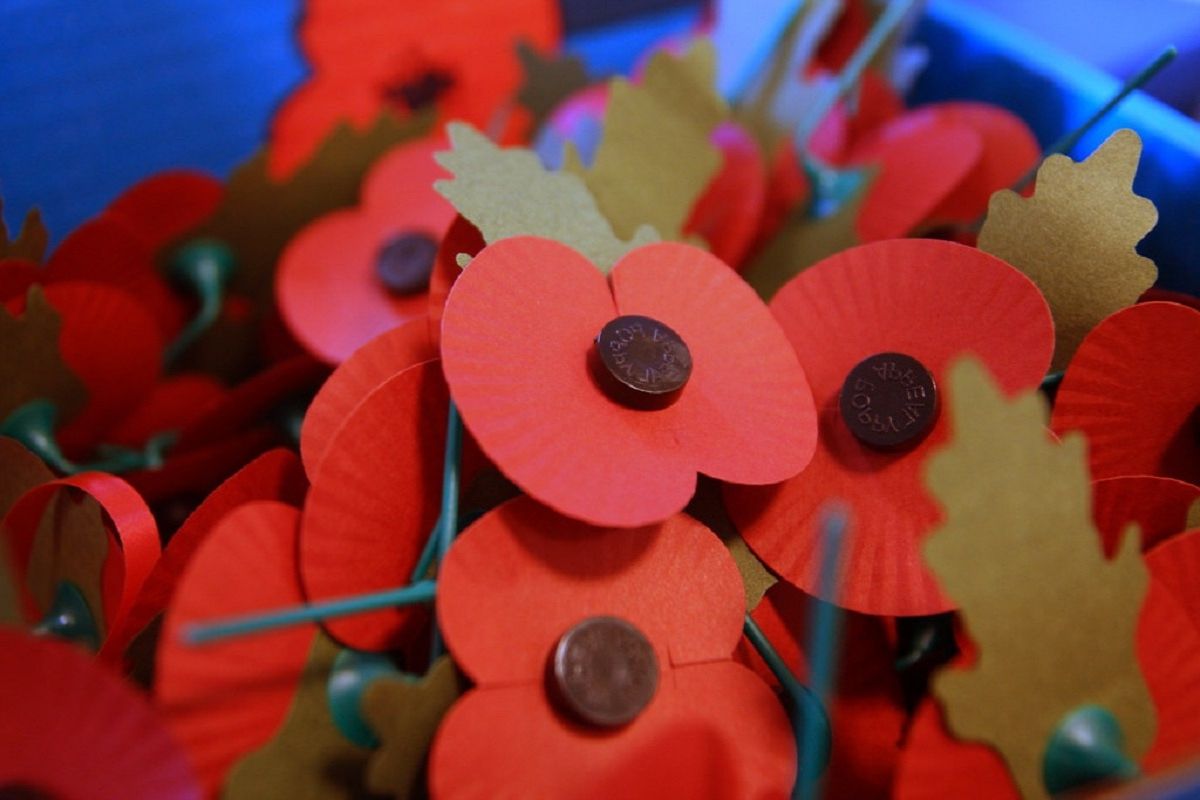 Published by the Great British Mag content team on 1 November, 2018


In the run-up to Remembrance Day, or Poppy Day as it is unofficially called, people wear a red poppy, that is often made of paper, in their lapel.

The money you purchase the poppy for is actually a donation to the The Royal British Legion, which supports veterans and members of the British Armed Forces.

If you would like to join in with this custom you’ll need to know the following.

When should I start wearing a poppy?

As mentioned in our Ask A Brit article, people start wearing them from mid-October but you will notice more people wearing one from the start of November.

How much money should I give?

When you buy a poppy, you’ll be expected to give a donation to either the charity collector or to the charity box next to the poppies. There’s no limit on what to put in but it’s always nice to give them some ‘proper’ change instead of a few copper coins, so be as generous as you can.

Where should I put it?

Most people wear the poppy on the chest on their coats/jackets, so people can see them when they’re out and about. Some believe that men should wear their poppy on the left of their chest and women on the right, but the Royal British Legion say that the only rule is to “wear it with pride.” Some cars and buses also “wear” poppies, but it’s not so common.

Do I have to wear a poppy?

Nobody will force you to buy one. Only wear one if you’re comfortable with it. War is a sensitive subject for all, so don’t feel obligated to do so. If you want to put it on your coat, make sure to pick up a pin with your poppy so you can attach it securely.

What colour poppy should I wear?

Again, this is up to you. The red poppy is the traditional poppy to wear, with all proceeds going to the Royal British Legion, who support serving members and veterans of the British Armed Forces and their families.

The white poppy, produced by the Peace Pledge Union, represents peace. Started in 1933 by the Women’s Co-operative Guild, the white poppy commemorates killed civilians as well as soldiers.

Purple poppies have been created by Animal Aid to commemorate service animals that have died in battle. These two poppies can be worn as an alternative to the red poppy, or to compliment it.

Does anybody get offended by poppies?

With the poppy commemorating fallen soldiers since World War I, a number of people of different nationalities may be upset by one. Britain’s recent wars in Iraq and Afghanistan are a sensitive subject for some. Areas of Scotland and Northern Ireland may dislike it due to historical reasons.

10 things you should know about UK culture