Liverpool is the UK’s fifth largest city, and its locals are called Liverpudlians – and, more popularly, Scousers.

The word “scouse” comes from the word “lobscouse,” which is a type of stew that was bought to Liverpool by Norweign soldiers. The stew has been a popular dish in Liverpool ever since.

Liverpudlians use this colloquialism themselves and do not find it offensive; in fact, they see it as a badge of honour. They proudly speak in their own unique way, using Scouse/Liverpudlian slang.

Origins of the Scouse accent

Out of the 56 regional accents in the UK, the Scouse accent is one of the most distinct. This is likely because, as a port city, Liverpool is a melting pot of different accents.

Liverpool developed as a port, trading particularly with Ireland. After the 1700s, it became a major international trading and industrial centre.

The city consequently became a melting pot of several languages and dialects as sailors, traders and migrants from other parts of Britain, Ireland and northern Europe came to the city.

Until the mid-19th century, the dominant local accent was similar to that of neighbouring areas of Lancashire. However, the influence of Irish and Welsh migrants, combined with European accents, contributed to a distinctive local Liverpool accent.

The first reference to a distinctive Liverpool accent was in 1890, when linguist Gerald Knowles suggested that the accent’s nasal quality may have derived from poor 19th-century public health. He speculated that the prevalence of colds resulted in a nasal accent becoming regarded as the norm. Eventually, it became part of the language.

Scouse/Liverpudlian slang is sometimes referred to as Liverpool English because there are many words that are indigenous to the region. Here are some popular colloquialisms: 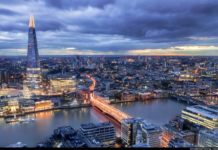 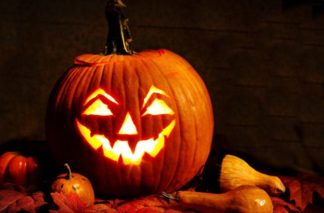 How to carve the perfect spooky Halloween pumpkin