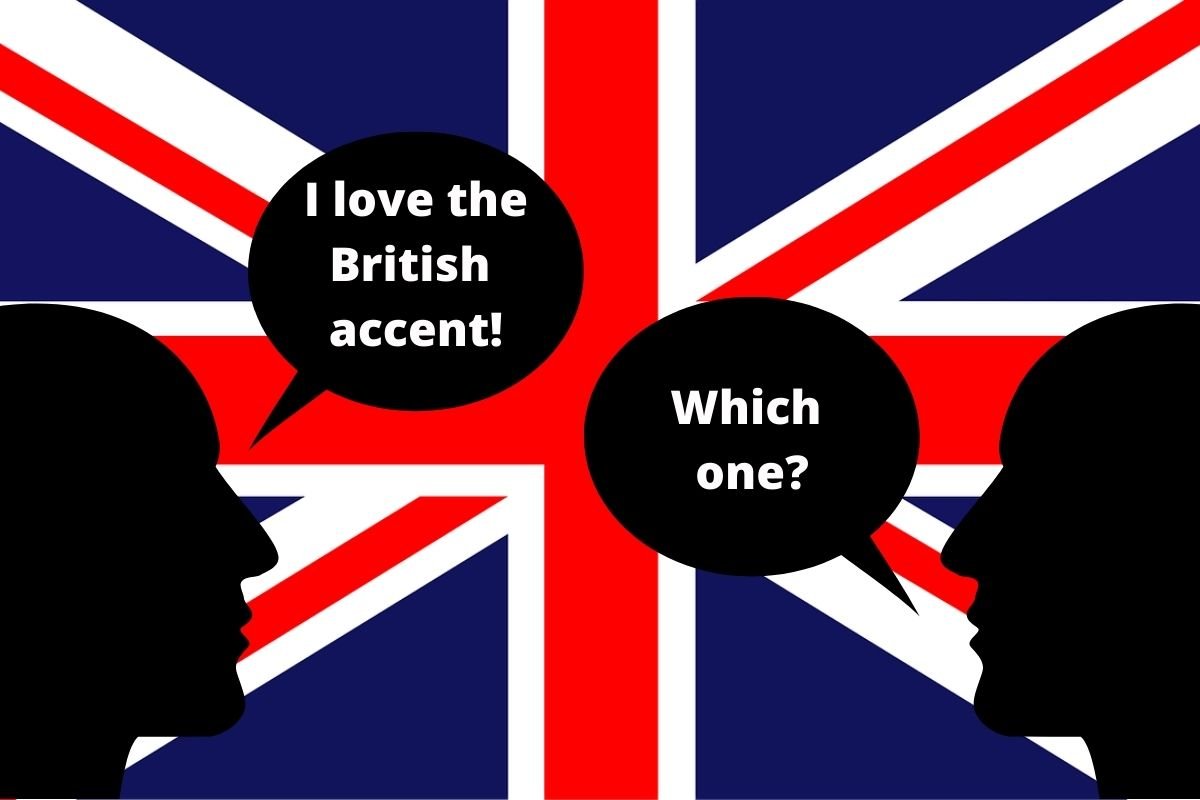 This article was published by the Great British Mag content team on 3 January 2022.

Are you baffled by all the different British accents you’re hearing and wondering how many different versions there are?

Well, there’s no exact answer to this. What we can tell you, though, is that there are a lot—almost certainly more than 20. Some estimates put it nearer to 40, depending on how you’re defining individual accents.

And then there are dialects—which include regional variations on language and grammar as well as pronunciation—of which there are also many.

Regional dialects in the UK include Scottish, English, Northern, West Midlands, East Midlands, East Anglian, Southern, Welsh English and West Country—each has its own range of distinctive local accents. People from urban areas, for instance, tend to sound different from rural folk, even if they technically inhabit the same region.

Most non-Brits asked to do an English accent will immediately attempt to impersonate the Queen, whose ‘posh’ inflection is better known as Received Pronunciation (RP). This has its roots in London and the surrounding ‘home counties’ and isn’t, in fact, spoken by most Brits. The people who do talk like this are mostly wealthy and likely attended one of a few traditional and elitist private schools.

A lot of ‘regular’ Brits (whose own accents we’ll get to in a minute) will go out of their way to mock rather than admire anyone who talks like they grew up in the lap of privilege. Yes, we have a class system that is still very much alive and kicking.     In the south of England, perhaps the most ubiquitous accent is Estuary English, which lies somewhere between RP and Cockney. Cockney, however, is almost certainly the only other British accent recognized the world over, thanks in part to the vocals of south London-born actor Michael Caine. Although technically you have to have been born in a very specific part of east London to be considered a Cockney, it’s become the generic term to describe the accent of working-class Londoners.

Scotland is home to lots of regional accents, many of which can be tricky to decipher—it’s completely understandable to not be able to discern a word!  Also high on the perplexing-to-foreigners British accent scale is Geordie (pronounced jor-dee). Spoken by the good folk of Newcastle and Tyneside in the northeast of England, it’s probably the hardest to understand of all the English accents, and even baffles a lot of other Brits.   If you do find yourself struggling to comprehend a heavily accented Brit, we recommend that you just be upfront and admit you’re struggling. The only other option—responding with non-committal grunts and ‘yeah’s—could land you in a spot of trouble.

Northerners and Southerners: are they really that different?

Why is football so popular in the UK?