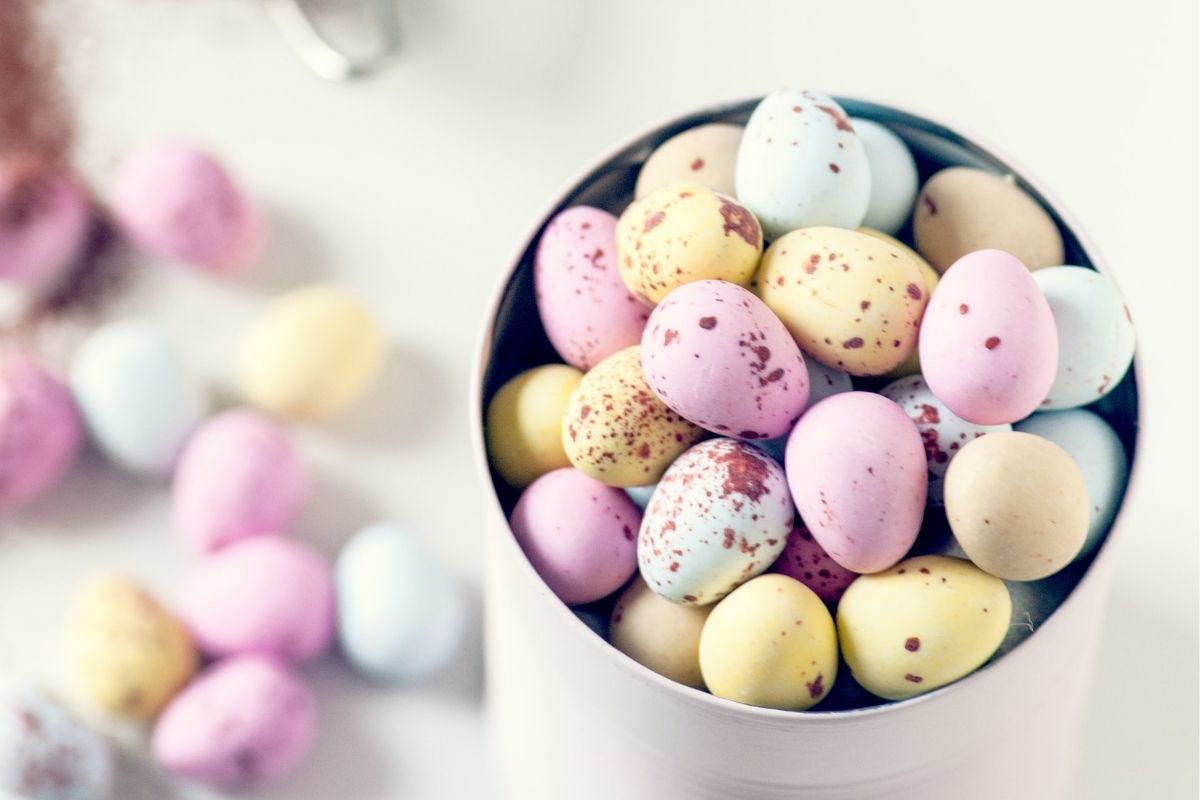 This article on how Easter is celebrated in the UK was updated by the Great British Mag editorial team on 17 March 2021.

The modern-day celebration of Easter in the UK is a mixture of pagan and Christian traditions with a sprinkling of commercialism.

Easter was originally a pagan celebration and was named after the Anglo-Saxon goddess of spring, Eostre. Later, it was adopted by the Christians to mark the crucifixion and rebirth of Jesus.

The holiday’s mixed origins have resulted in some interesting traditions in the UK, including Brits gobbling chocolate shaped like eggs.

This tradition can be traced back to the early 1800s when artificial eggs were made as gifts for Easter throughout Europe. Solid chocolate eggs also became fashionable in France and Germany around this time.

The first hollow Easter eggs that most closely resembles what we enjoy today was invented and made in Bristol, by chocolatier J.S Fry & Son, in 1873.

The company eventually merged with Cadbury’s, who launched their first Easter egg in 1875 and went on to design the iconic Cadbury’s Creme Egg.

Playing silly games such as the egg and spoon race is something Brits love to do and the aim of the game is to run a race while balancing a hard-boiled egg on a spoon. The first person to finish the race, without dropping the egg, is the winner.

Other traditions include the obligatory Easter egg hunt whereby someone (acting as the legendary Easter bunny, one of the symbols of Easter) hides chocolate eggs around the house or garden and contestants race around to find as many as possible. Be warned, Brits can get very competitive at this!

You will also notice buns in the shops called hot cross buns, which are eaten to celebrate Easter. These small, lightly sweetened and spiced bread-like buns contain raisins or currants and are eaten toasted with butter smothered on them. What makes a British Christmas?