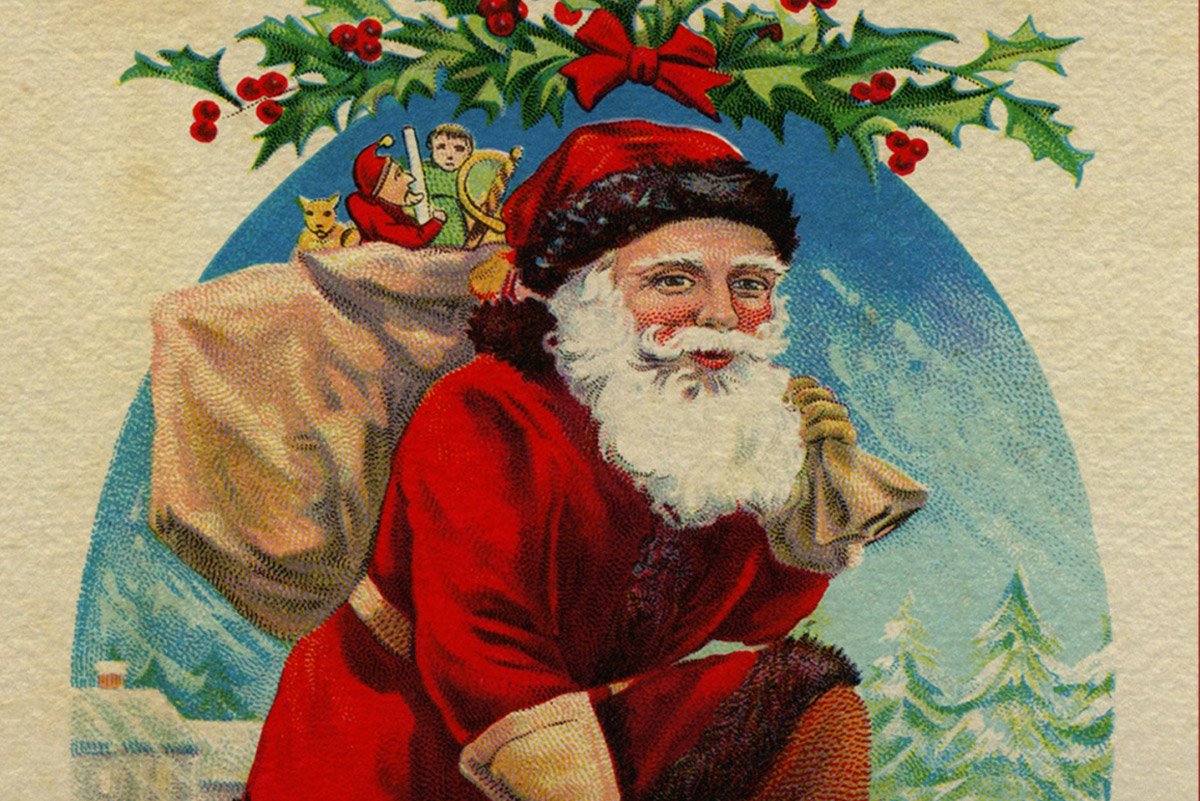 This article about the history of Christmas was published by the Great British Mag content team on 6 December, 2019.

Christmas is a hugely important festival in the UK. You cannot escape the fact that Brits love wearing silly Christmas jumpers, eating way too many mince pies and dashing around the shops buying presents. But do you know the history of Christmas and what it actually celebrates?

The answer isn’t that straight forward as Christmas is a complex holiday shrouded in paganism, Christianity and commercialism. In fact the holiday held on 25th December has very little to do with the origins of Christmas.

Whilst Christmas is a Christian festival intended to celebrate the birth of Jesus, the customs and traditions around this festival are largely born out of paganism and a number of Roman festivals.

It is believed that the early Christians hijacked a number of customs to create Christmas, including the Winter Solstice. A celebration that goes back thousands of years to mark the shortest day of the year, typically 22nd December.

Even though Jesus is speculated to have been born on 17th April. Christians mark his birthday on 25th Dec.

The followers of Christianity thought the worship of pagan gods was wrong and during the 4th century introduced a celebration, around the same time of the important pagan festivals in December, to mark the birth of Jesus. Even though Jesus is speculated to have been born on 17th April.

The celebration was given the name Christmas which essentially means ‘Christ’s mass’, a service marking the birth of the Christian saviour.

How did some of the Christmas traditions start?

Now that we know how Christmas came about, how about some of the traditions including Santa Claus leaving presents for children, carol singing and having a conifer tree in your house in December? 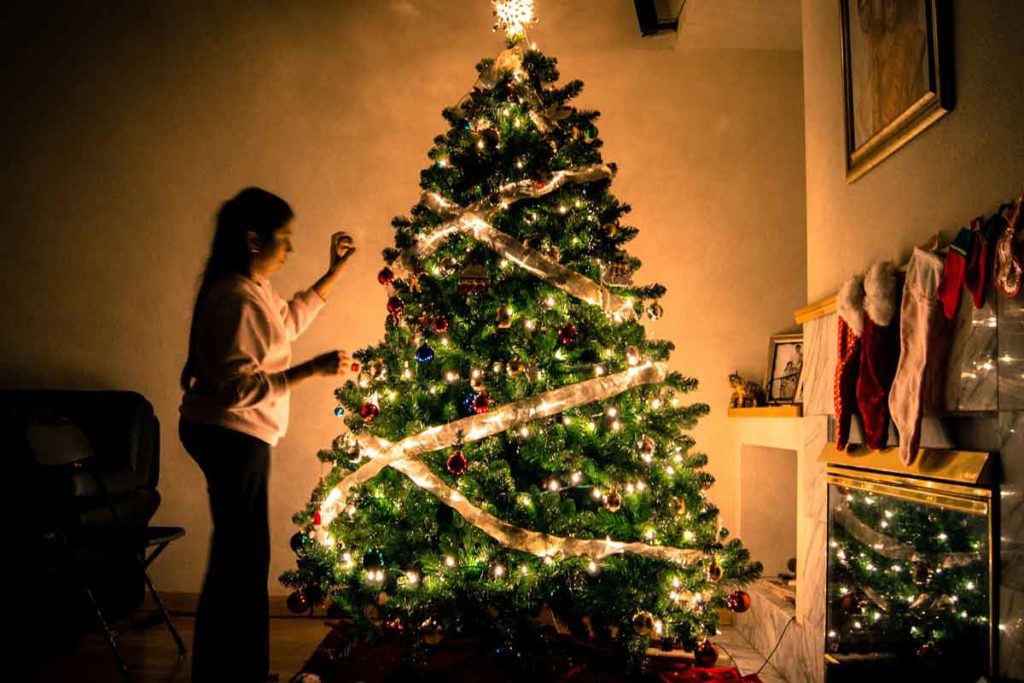 Let’s start off with the origins of Santa Claus which can be traced back to a 3rd century monk named St Nicholas who became known for his kindness and generosity. Legend has it he gave away all his wealth to the poor and was devoted to helping children.

The popularity of the Saint spread across the world and was adopted in much of Europe, especially by the Dutch who shortened the Saint’s name to ‘Sinter Klaas’, from which the modern name of Santa Claus was born.

Santa Claus, as we know him today, is a completely fictional character and was created by a New Yorker called Clement Clarke Moore in 1822. He wrote a long poem for his daughters, in which a man would come down the chimney and leave them presents if they had been good. His poem became universally popular and is commonly referred to as “Twas the night before Christmas“. 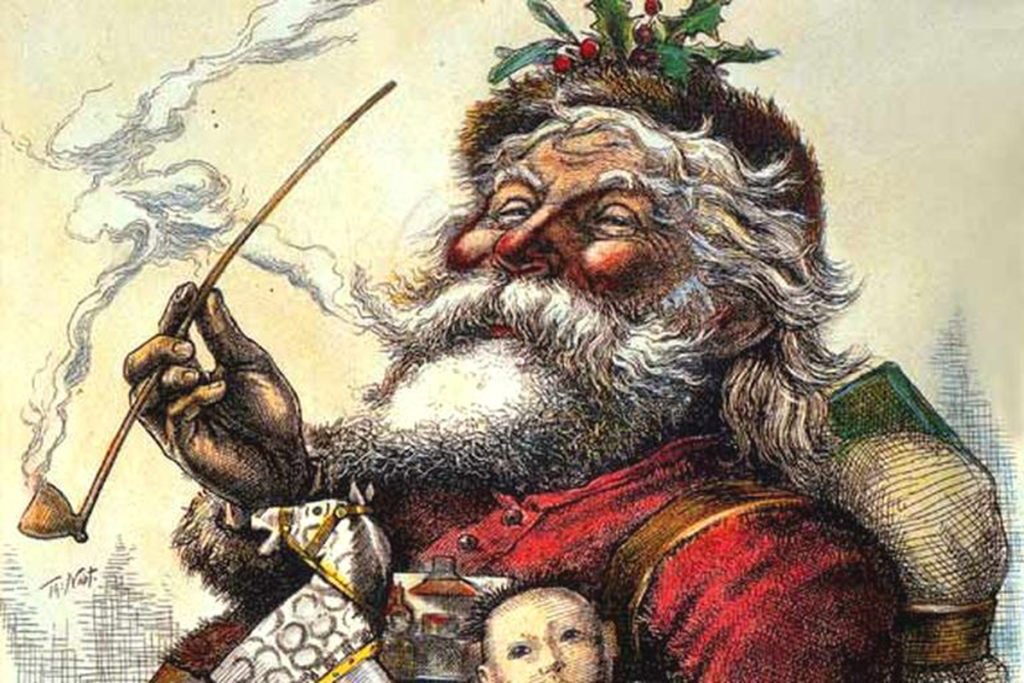 Another New Yorker, Thomas Nast, a cartoonist, bought Moore’s character to life and drew what has become the globally recognised face of Santa Claus with his long white beard and rosy cheeks.

The origins of carol singing

Carol singing was also a very different tradition when it started. Originally carols were written and sung for all four seasons. And it is believed that the early Christians took over the pagan tradition of singing about the seasons and introduced songs that celebrated Jesus Christ.

Similarly the tradition of having an evergreen tree in the house is even older than Christmas itself and can be traced back to pagan traditions when it was believed that having evergreens in your home would keep away witches, ghosts, evil spirits and illness.

Singing carols and indeed celebrating Christmas itself was made illegal for a short time in England in 1644. The puritan Christians at the time disagreed that Christmas should be a time of feasting, drinking and being merry and made this view law. As an act of parliament Christmas celebrations were banned. People were not permitted to cook a Christmas meal, sing carols or attend church. This law was obviously unpopular and in 1660 the law was overturned.

Christmas once again became a religious and social celebration and has been one of the biggest celebrations in the UK ever since.

Today, regardless of your religious beliefs or lack of them, Christmas is a time when Brits enjoy spending time with their family and friends. It is a time for feasting, giving and receiving presents but also a time for giving to charity and those less fortunate.

Another tradition is to invite people to share Christmas dinner, so don’t be surprised to be invited over on Christmas day, and if you are do take up the offer.

Why are tattoos popular in the UK?