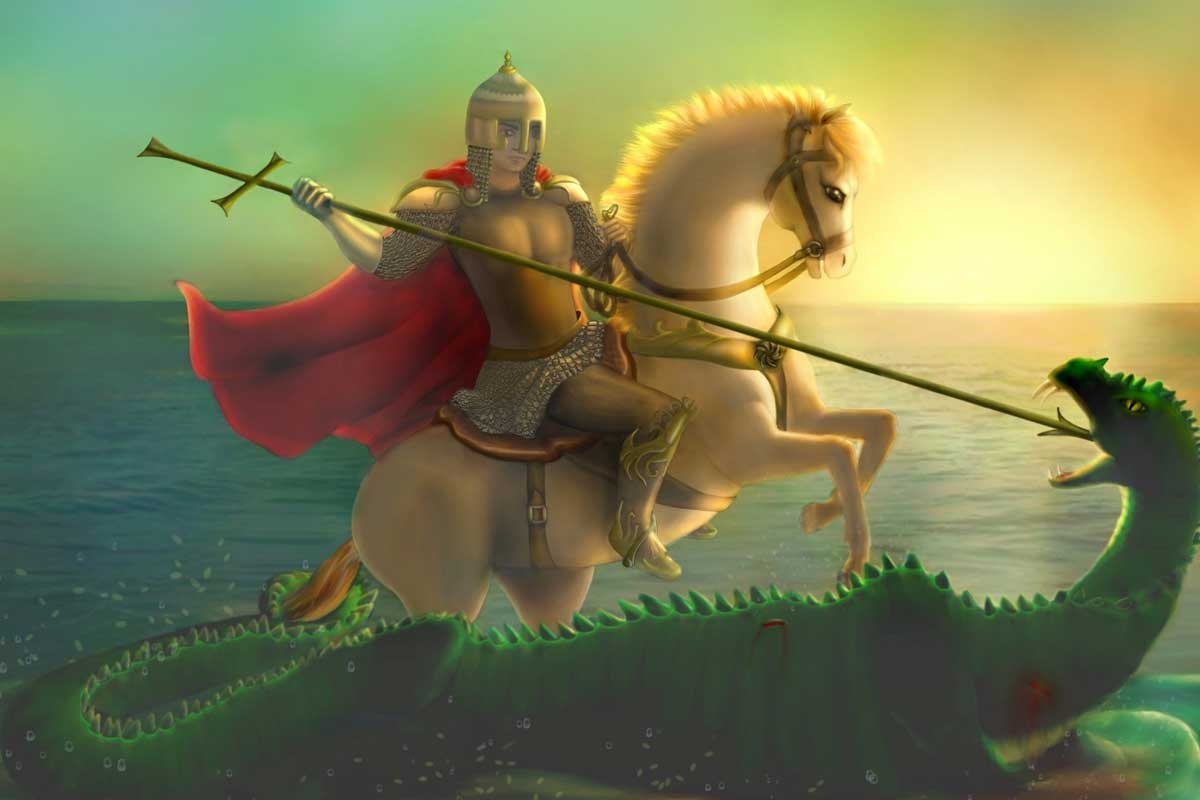 Saint George’s Day, on 23 April, is a time of celebration in England. The nation’s patron saint is one interesting character and there are many myths and legends about him, so brush up on your trivia to impress your English friends.

1. He’s everyone’s friend. St George would be the most popular guy in the group chat if he were alive today. He’s the patron saint of England, Georgia, Malta, Ethiopia, and Palestine, to name a few.

2. He probably never visited England. There’s a saying: “Never let the truth get in the way of a good story.” The actual, historical truth is that he was born in what is now Turkey and probably never set foot in England.

3. He wasn’t England’s first pick. The first patron saint of England was St Edmund, aka Edmund the Martyr. He was eventually replaced in 1199, when King Richard I decided he liked St George better. Sorry, Ed.

4. He (supposedly) had nine lives. It is believed that St George was crushed between two spiked wheels and boiled in molten lead. Legend says neither killed him, but we’re pretty sure he wound up flatter than a pancake.

5. He shares his death date with William Shakespeare. England’s patron saint and England’s greatest writer both kicked the bucket on 23rd April.

If you know any more strange facts about this fearsome saint, post them in the comment box below!

10 things you didn’t know about the queen

The full story of Jack the Ripper