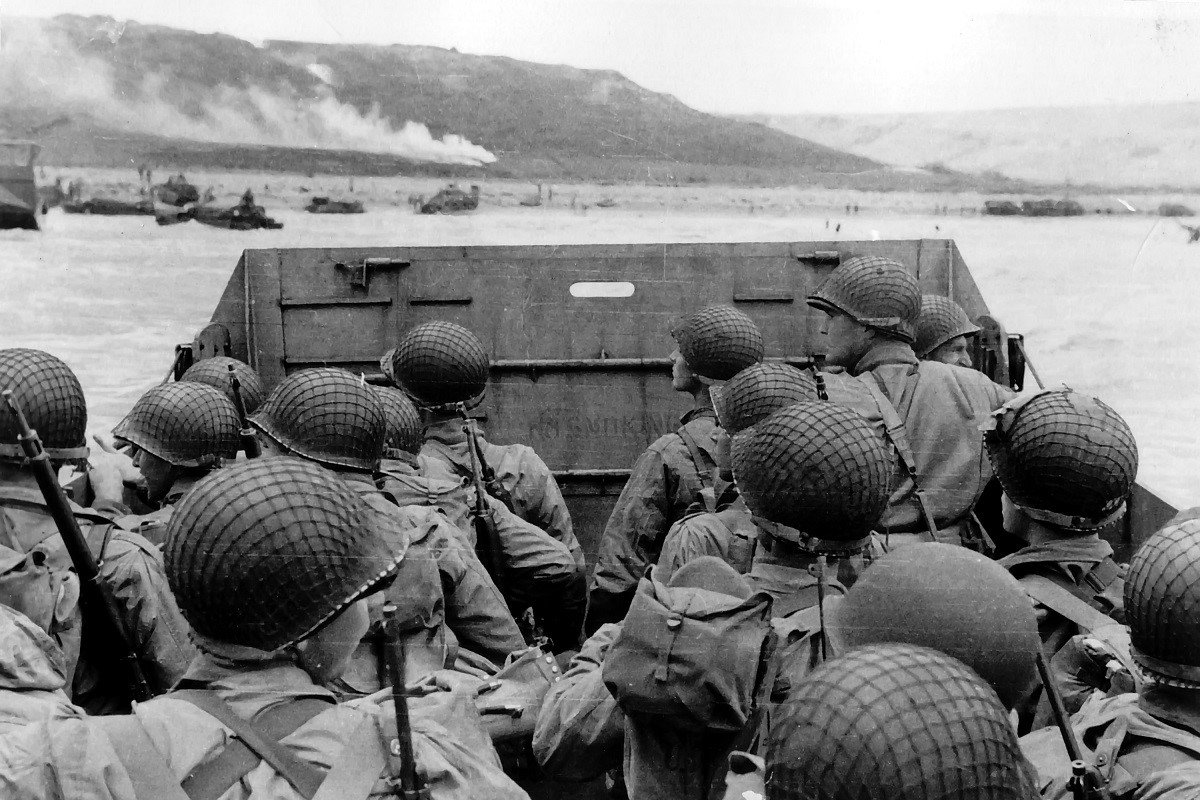 This article about D-Day was published by the Great British Mag content team on 6 June, 2018

It is often said that the Brits are obsessed with WWII and there is definitely no quicker way to start an argument than debating the British role in the war. But many of the things that define us as Brits – such as a stiff upper lip, determination and the ability to “carry on” – came out of the war. This makes D-Day an important date in the calendar in Britain, so we have prepared a quick history lesson on what took place on the 6th June 1944.

The day is marked as the unofficial end of WWII. Allied Forces successfully performed a series of beach-landings in Normandy, France which sealed the fate of Adolf Hitler’s occupation of Europe. Allied forces got a foothold on continental Europe which resulted in a successful campaign to drive back the German forces and eventually win the war.

What does the D in D-Day stand for?

The short answer is nothing! The “D” comes from the word “Day” and was a widely used military term which means the day on which a military operation begins. It is now only used to refer to the Allied landings in Normandy on 6 June 1944 and the battle that ensued.

Who are the Allied forces?

The United Kingdom, Canada and the US were the forces which participated in the D-Day landings. But the overall Allied forces also included Australia, Belgium, Czechoslovakia, France, Greece, the Netherlands, New Zealand, Norway and Poland.

How many casualties were there on D-Day?

Those killed, wounded or missing in action on the allied side is estimated to be 2700 British, 946 Canadians, and 6603 Americans. This was a huge loss, despite the gravity of the day in the history of the world.

What happens to mark the anniversary of D-Day?

A huge memorial service is held in Normandy, France, which many veterans still attend. In the UK churches hold memorial services, as well as veterans groups at the many war memorials around the country.

If you want to know more about the British obsession with WWII check out our article.

If you want to learn more about D-day visit this website.

What makes a British Christmas?