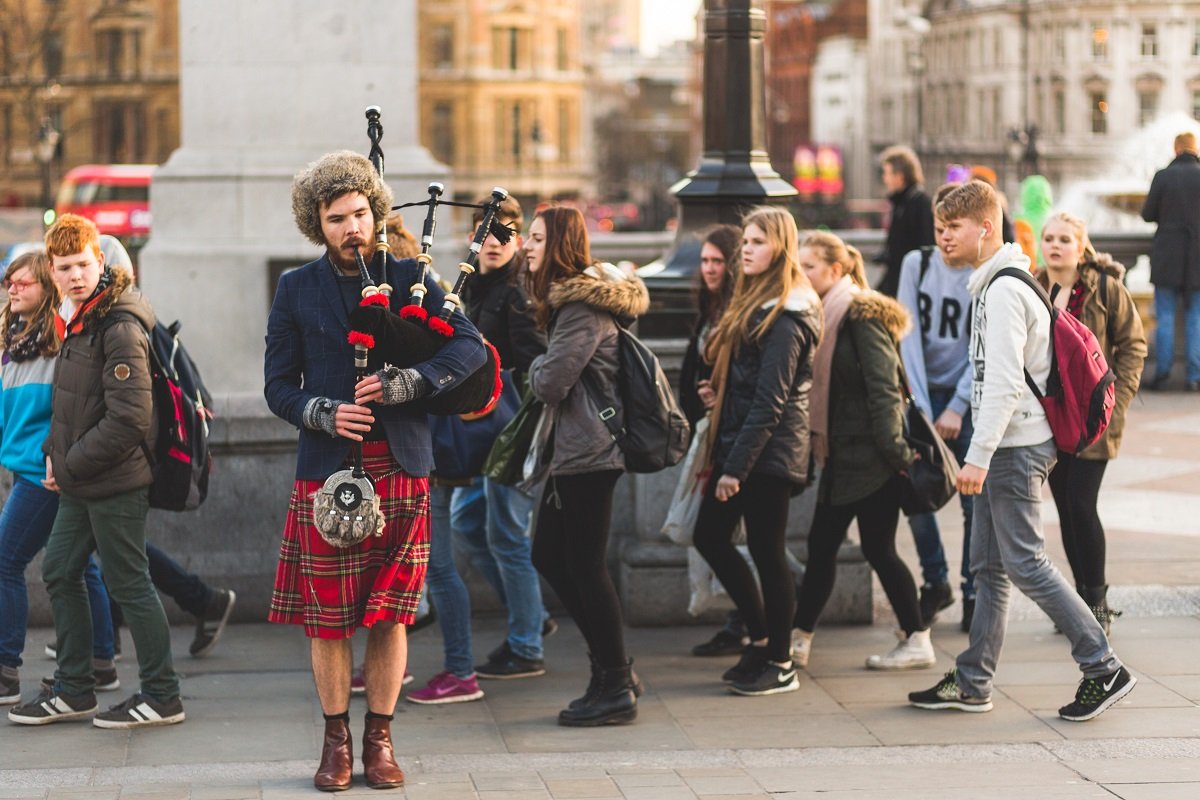 This article about St Andrew’s Day was published by the Great British Mag content team on 25 November, 2018

A humble fisherman from Galilee, St Andrew he worked with his brother and followed Christian icon John the Baptist. He was then said to have spread the word of Jesus throughout Greece and was put to death on a cross by the Romans. That is why the Scottish flag depicts a white cross.

St Andrew’s crucifixion is marked every year on this day in not only Scotland but Greece, Romania and the Ukraine. To prepare for St Andrew’s Day go and get a kilt, the traditional Scottish knee-length garment originally worn by the Highland clans. You should also head to a local pub or restaurant and have a taste of haggis, which is made from a sheep’s heart, liver and lungs (yum, yum!).

Scotland is quite possibly the proudest nation in Britain and the importance of St Andrew’s Day’s has grown in recent years, so go with the flow and join in whether you are Scottish or not. With traditional celebrations happening in St Andrews Fife, the town named after the saint and a three day festival happening in Glasgow there is no excuse not to take full advantage of this last patron holiday of the year.