Published by the Great British Mag team on 28 February, 2018

St David is the patron saint of Wales. His feast day, St David’s Day, is on 1 March and is celebrated in Wales by children and adults wearing traditional dress and either carrying or wearing a leek or daffodil.

If you don’t know anything about St David, read on to find out about the many legends that surround him.

1) He set up 12 monasteries in his lifetime. St David was very strict; he believed that monks should abstain from all worldly pleasures and endure hard labour including ploughing the fields without an ox.

2) There is a myth that he could perform miracles. On one occasion, he raised the ground beneath him into a hill so his sermon could be heard by all.

3) It is rumoured he survived being poisoned by the monks at his monastery, who were tired of the austerity under which he forced them to live.

4) St David is the only patron saint of the British Isles who was actually born  here. St Patrick was a Romano-British missionary, St George was a Roman soldier of Greek extraction, and St Andrew was from Palestine.

6) Legend has it that St Patrick, the patron saint of Ireland, foresaw David’s birth.

7) People in Wales often wear or carry leeks in remembrance of St David. Legend has it he advised the Welsh soldiers to wear leeks in the battle against the Saxons so that they could distinguish allies from enemies. They won the battle and leeks became a Welsh symbol.

8) St David’s Day is not a bank holiday in Wales, even though St Andrew’s Day in Scotland and St Patrick’s Day in Northern Ireland are bank holidays.

9) A nickname for a Welshman is “taffy.” St David was the inspiration for the nickname; word derives from the Welsh spelling of his name, “Dafydd.” 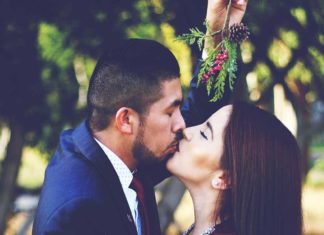 Why do people kiss under the mistletoe? 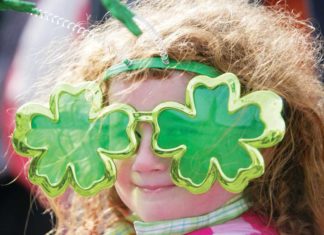 Who was St Patrick?