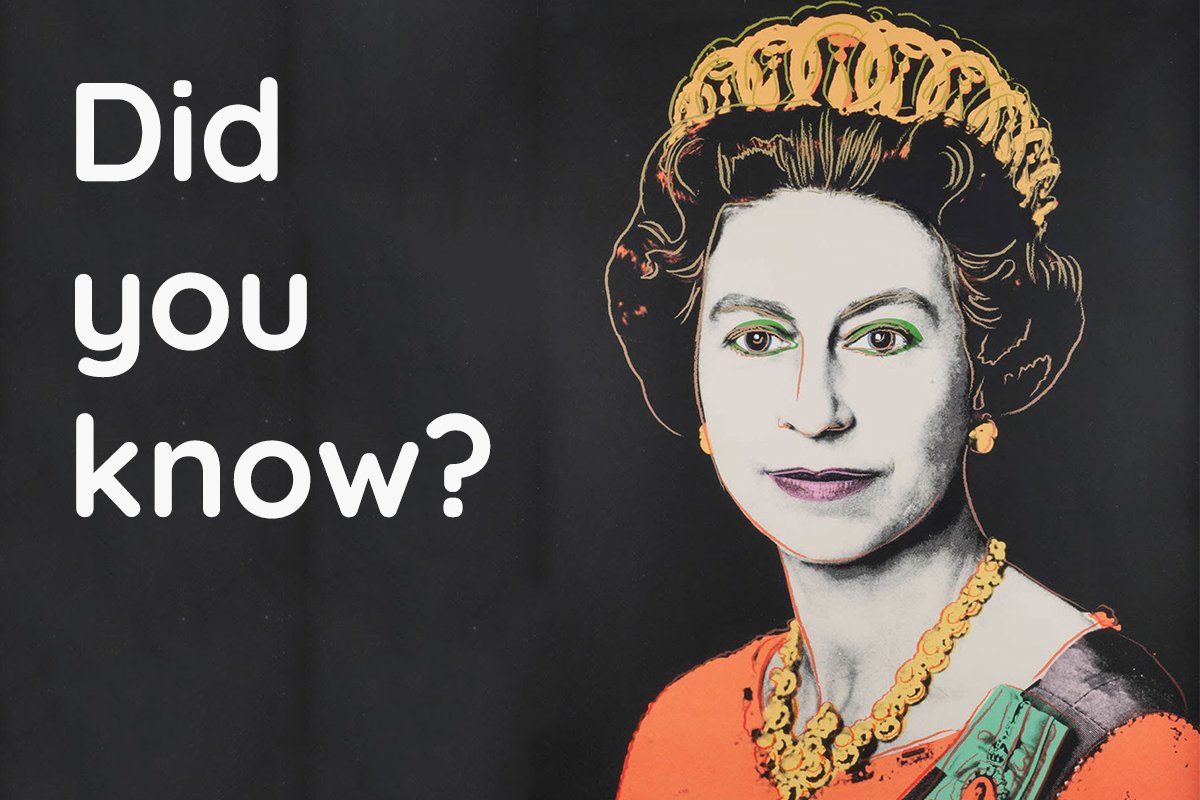 The Queen of the UK is so famous around the world that we bet you must have come across a fact or two about her before you arrived. But here we’ve compiled a list of ten less talked about facts that you possibly might not have heard of. Here we go…

When the Queen and The Duke of Edinburgh got married on 20th November 1947, the Queen’s wedding ring was produced using a nugget of Welsh gold found at Clogau St. David’s mine near Dolgellau. Her official wedding cake was made by McVitie and Price Ltd., using ingredients provided by the Australian girl guides.

The Queen has launched 23 ships in her lifetime, including 21 during her reign. As Queen, she christened the new Cunard superliner as the Queen Elizabeth II.

As well as breeding corgis, one of 29 dogs considered vulnerable to extinction, the Queen also breeds labradors and cocker spaniels at her Sandringham Estate. What’s more, internet searches for endangered species like the Cardigan Welsh corgi increased by 59% after the Queen’s Diamond Jubilee celebrations in 2012.

4. Whose side is the Queen on?

After long remaining tight-lipped about her favourite football team, the Queen revealed in 2009 that she is actually a West Ham United fan. She had always wanted to seem neutral but her admiration for the club dates back to the 1960s and 1970s when the late Ron Greenwood was in charge of the club.

The Queen has also shown her love for Arsenal after meeting the team and their ex-manager, Arsene Wenger, during a private function at Buckingham Palace. She was particularly impressed with Cesc Fabregas and chatted to him about King Juan Carlos of Spain.

Former Italian Prime Minister, Silvio Berlusconi, might have been a hit with many women but not the Queen. During an official photo call at the end of the 2009 G20 summit, the Queen was unhappy with Berlusconi screaming “Mr Obama” towards the former President of the United States.

“What is it?” She exclaimed, “Why does he have to shout?”

In 2004, cast members from Les Miserables, such as Joanna Ampil who played the role of Fantine, were invited to Windsor Castle to perform for the Queen and former French President Jacques Chirac. This was the first time that the cast of a West End musical had performed at a Royal residence.

According to the Queen’s cousin, Margaret Rhodes, the Queen drinks a gin and Dubonnet before lunch, with plenty of ice and a slice of lemon. Following this, she has wine with lunch as well as a dry Martini and a glass of champagne in the evening. This amounts to six units per day which makes her a binge drinker according to current UK government standards.

Don’t mess with the Queen’s corgis. A royal footman, who poured whisky into the corgis’ water bowl as a party trick, was demoted. He also had his salary cut.

This isn’t an order that the Buckingham Palace chefs have to obey, but it refers to an incident in 1986 when, during a walkabout in New Zealand, the Queen had eggs thrown at her. Instead of being furious, she showed her humorous side and was quoted as saying that she prefers New Zealand eggs for breakfast.

10. The Queen has opened Parliament every year, except for two

Just like clockwork, the Queen has opened the proceedings for Parliament every year except for 1959 and 1963. This was when she was expecting Prince Andrew and Prince Edward.

What’s on in February