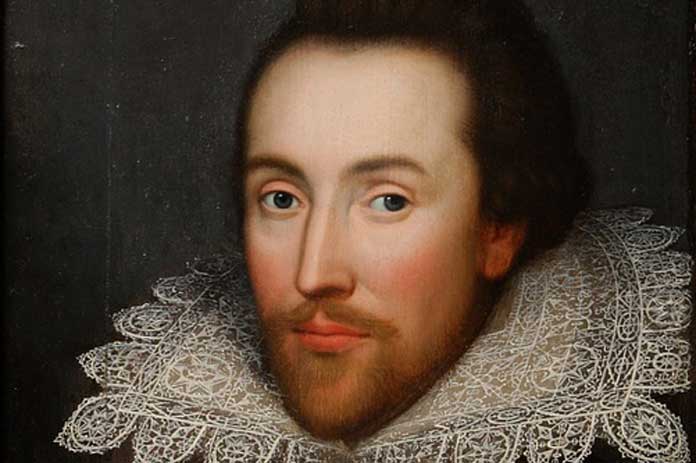 English playwright William Shakespeare is by far one of the most famous names in the theatre industry, yet there are still many facts about him that would shock and surprise you. Here are 10 strange facts to get you started.

1. Shakespeare’s will was slightly strange

The only thing Shakespeare left to his wife in his will was the second-best bed in the house. His will reads: ‘“I gyve unto my wife my second best bed with the furniture”. The “furniture” refers to the linen for the bed.

2. One of Shakespeare’s relatives was executed

Edward Arden, a cousin of Shakespeare’s mother, was arrested for reportedly plotting against Queen Elizabeth I, although there was no clear evidence that he was actually involved. He was then imprisoned in the Tower of London and executed. Ouch!

3. Shakespeare was not an Elizabethan playwright

Calling Shakespeare an Elizabethan playwright is actually incorrect. The majority of his plays were written after Queen Elizabeth I’s death, making him a Jacobean writer.

Shakespeare seemed to be fond of one particular kind of death – suicide. In fact, suicide occurs a whopping 13 times in Shakespearean plays.

5. Two of Shakespeare’s plays have been translated into Klingon

Klingon is the language created for the Star Trek science fiction series. You can read Hamlet and Much Ado About Nothing in the fantasy language.

6. Some moons were named after Shakespeare’s characters

The moons circling around the planet of Uranus are mostly named after characters from Shakespeare plays, including Oberon, Ariel, and Juliet.

Shakespeare had a poem sketched into his tomb in Trinity Church, Stratford-upon-Avon. It says anyone who moves his bones will be cursed. Consequently, his grave has gone untouched since 1747.

8. One of Shakespeare’s plays is never performed by modern theatre companies

One of Shakespeare’s plays has been completely lost to history. There is evidence that he wrote a play called Cardenio which was performed in England, but no known copy of the play exists.

9. Shakespeare never published any of his own plays

Thankfully his friends John Heminges and Henry Condell did it posthumously and saved the world of theatre.

10. Shakespeare turned to sonnets because of a plague

He only stopped writing plays and turned to sonnets because the plague caused all theatres to be shut down. Maybe you could say the plague wasn’t so bad after all?