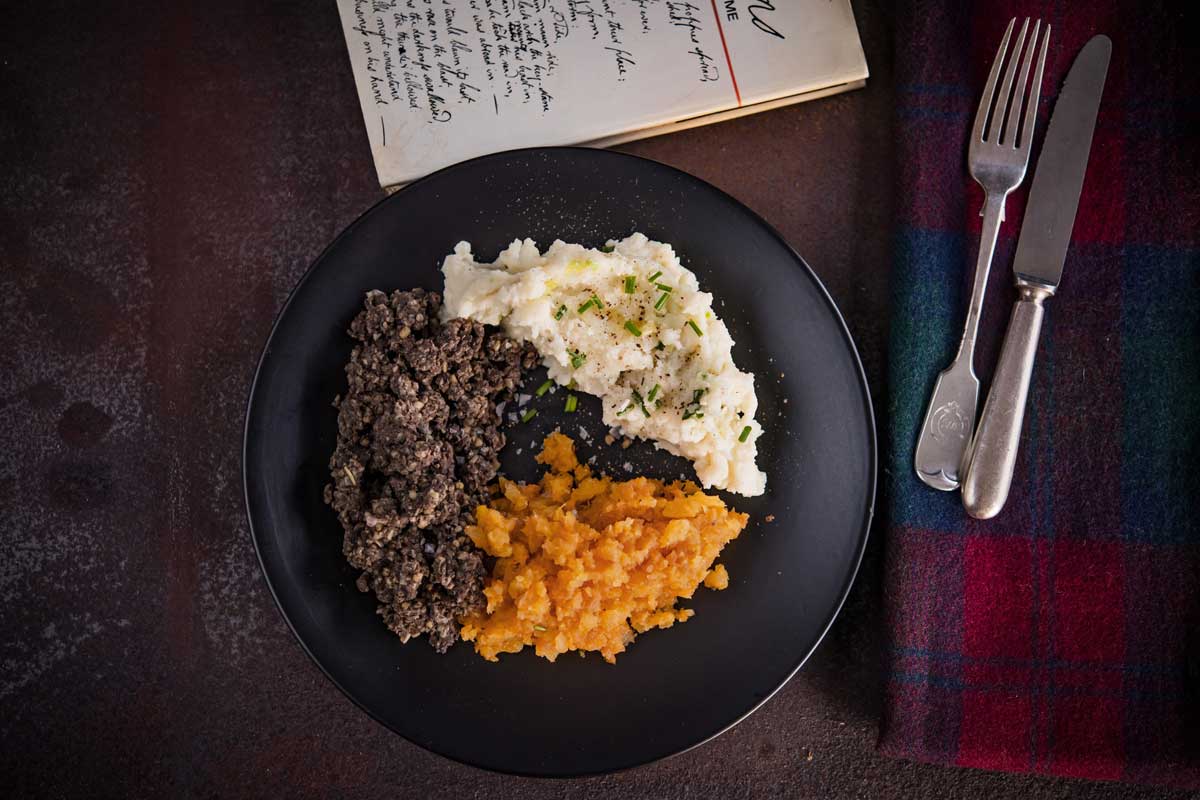 For those of you who don’t know what haggis is, it is a savoury pudding that is made of sheep’s heart, liver and lungs. The meat is minced, mixed with onion, oatmeal, suet, spices and salt. The mixture is then traditionally packed into a sheep’s stomach and boiled.

Haggis is the national dish of Scotland and it is one of the most famous regional dishes in the UK. Whilst it is served throughout the year, it is especially dished up for Burns Night, which is celebrated on or around 25 January by Scots all around the world.

Burns Night commemmorates the life and work of the Scottish poet Robert Burns. It is traditionally celebrated with a “Burns supper” which includes haggis, “neeps” (turnips) and “tatties” (potatoes), and of course some good Scottish whisky.

A traditional Burns supper starts with the grand entrance of the haggis on a platter to the sound of a piper playing bagpipes. When the haggis is on the table, the host reads Robert Burns’ poem “Address to a Haggis.” At the end of the reading, the haggis is ceremonially sliced into two pieces and the meal begins.

1) Although haggis is normally made with a sheep’s heart, liver, lungs and kidneys with onions and oats, in 1984 the first vegan haggis was launched.

2) Haggis can be found in other European countries but the recipe is different. Norway’s version of haggis is vegetarian and is made from beans and lentils.

4) The most haggis is sold in England and not Scotland. The dish is particularly popular in London.

5) In 2003, a study revealed that up to a third of American visitors to Scotland thought haggis was a real animal.

8) Even though haggis is the national dish of Scotland, it wasn’t invented by the Scots. There is proof that it was invented by the Romans and that the Greeks had something very similar.

9) Haggis hurling is an actual sport. In June 2011, Lorne Coltart set the record, hurling his haggis an impressive 217 feet. The record still hasn’t been beaten!

10) Ireland, France, Spain and Hong Kong are the biggest buyers of haggis outside the UK.