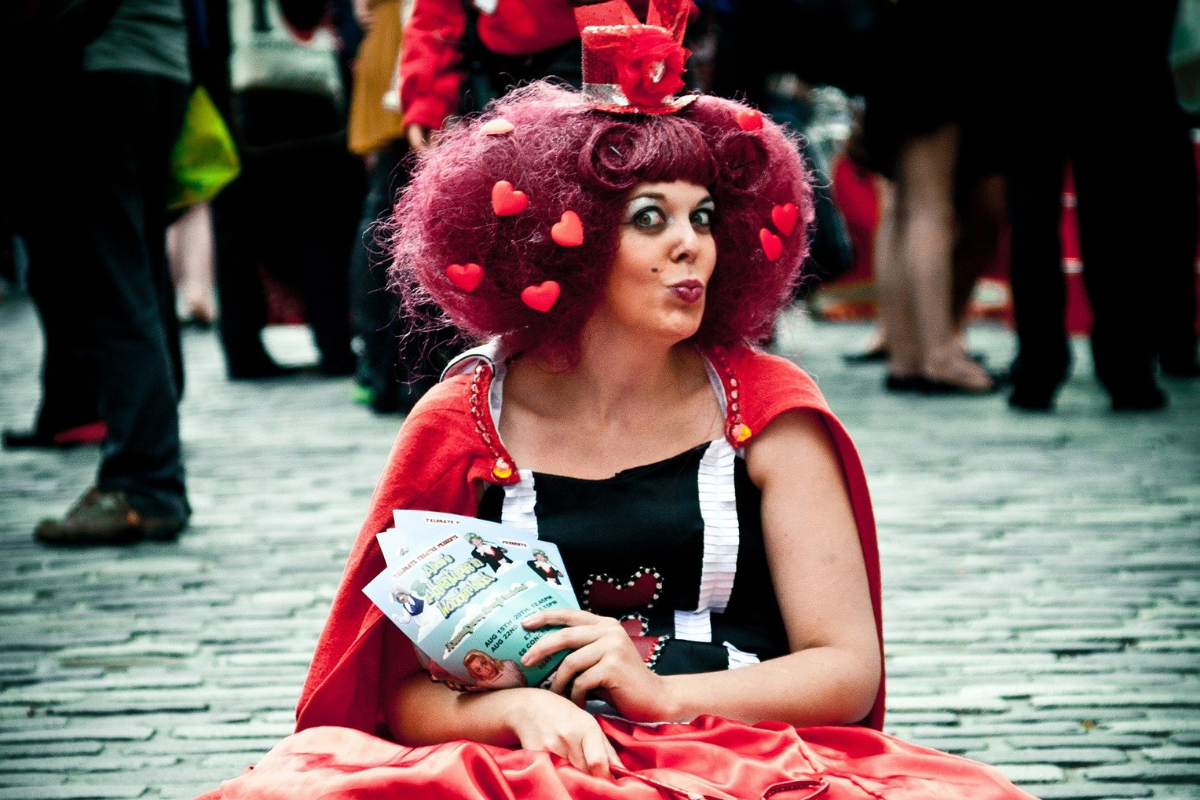 This article was published by the Great British Mag content team on 30 June 2021.

The Edinburgh Festival Fringe, often referred to as “the Fringe” is the world’s largest arts festival. It lasts 25 days and features over 50,000 performances across Edinburgh ranging from comedy shows to cabaret, circus acts to contemporary dance, and everything in between.

The Fringe, which literally means the edge, started life when eight theatre companies turned up uninvited to the inaugural Edinburgh International Festival in 1947. They wisely thought to take advantage of the large number of people that would assemble to showcase their alternative theatre.

It took a few more years for the Fringe to establish itself and become a more organised gathering. Then in 1951 students from the University of Edinburgh arranged cheap accommodation and food for visiting performers at the local YMCA, and the first official programme was printed in 1954.

Perhaps the most unique thing about the Fringe is that it’s open to absolutely everyone! Creative performers from all around the globe will descend upon the Scottish capital in a bid to impress audiences, viewers, and most importantly, critics.

Theatre is perhaps one of the most important parts of the entire festival as more than 1500 world premieres of plays will take place. Comedy is also a big part of the Fringe and the festival has launched many comedians’ careers. To spot the next big star head to the 101 Comedy Club to see budding humourists.

A truly cultural extravaganza, the Fringe is not to be missed. The festival will be taking place from the 6th-30th August this year. Check out the website for a complete programme or to find out more about buying tickets.