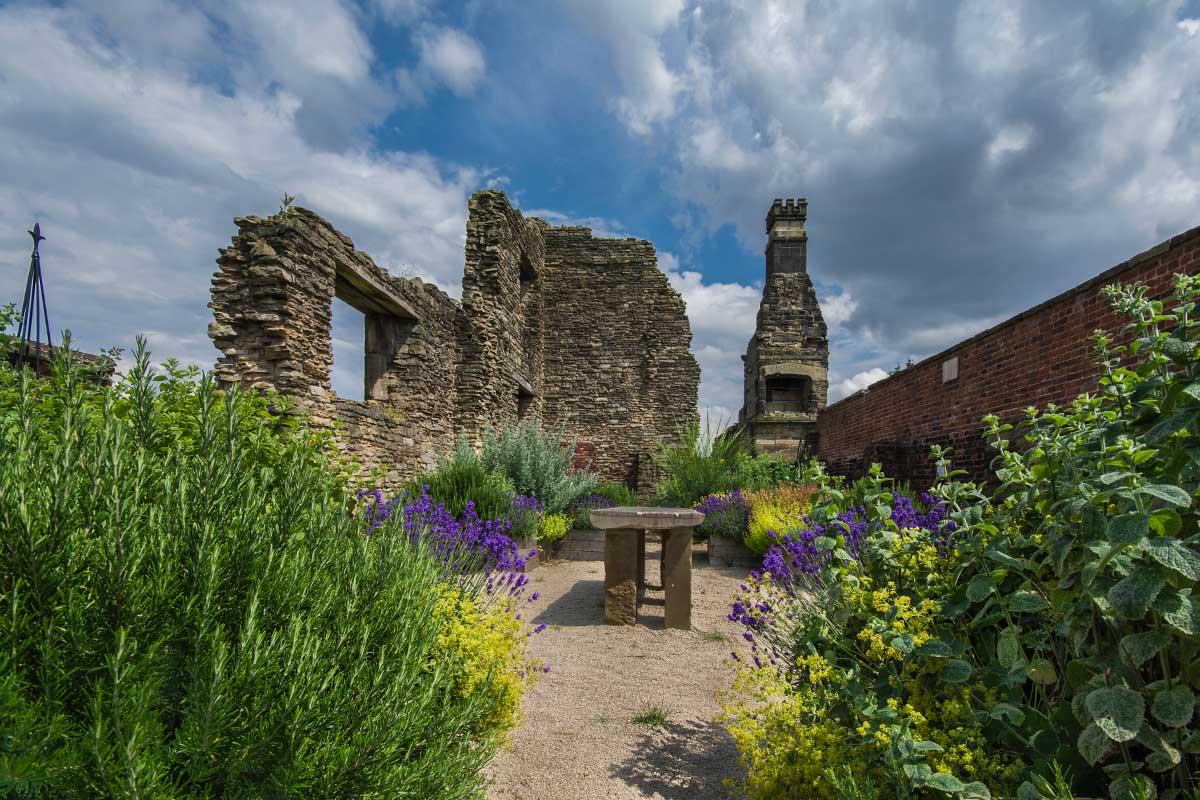 Sheffield is a thriving city that has moved on from its industrial past to become a hub of cutting-edge architecture and culture. Many locals lovingly refer to it as ‘the biggest village in England,’ as residents all seem to know one another and there’s so much green space. But Sheffield is constantly growing and adopting many of the perks of a much larger cosmopolitan city. What’s more, its regularly voted to be one of the happiest cities in the UK.

Visit one of the UK’s most picturesque places, the Peak District. It’s an expansive national park where you can go swimming in the wild and take leisurely walks. Or, if you prefer, you can simply hunker down in a country pub next to a roaring log fire. Grab a map, follow local trails and breathe in the beautifully crisp country air. It’s an ideal way to de-stress and keep fit at the weekend.

Hop on one of Sheffield’s beloved trams and take a trip to Sheffield Manor Lodge. Delve into the Tudor Turret House’s exciting past as Mary Queen of Scots was once held prisoner here. You’ll also find dreamy lavender and wildflower meadows spread across the grounds, which make for the perfect backdrop for a few Instagram shots. Transport yourself to a tropical green paradise in the centre of the city as you explore Sheffield’s Winter Garden. As the largest urban greenhouse in Europe, this garden is home to over 2,500 exotic plants from around the world. Gaining more green credentials, the building is also eco-friendly. Its arches are culled from a sustainable forest and over time will turn naturally change in colour to a sparkling silvery grey.

Gain an insight into Sheffield’s industrial past by examining the extensive metalwork collection at the Millennium Gallery. Sheffield’s most prominent art gallery hosts an exciting roster of exhibitions and runs regular art classes. It also houses a permanent collection created to inspire the Sheffield workforce by famed Victorian writer John Ruskin.

The ‘City of Steel’ has gone through many changes since being at the forefront of the Industrial Revolution. Learn more about Sheffield’s industrial history at the Kelham Island Museum. Located on a man-made island on the River Don, this former power station is the perfect place to discover some of the incredible inventions that transformed this city. These include the River Don Engine, a steam engine built in 1905 that was responsible for massive changes within the 20th century steel industry.

Where to eat and drink?

You might be in for a surprise if you ask any local Sheffielder the proper way to make a fishcake. Unlike the kind made from mashed potato, herbs and fish that you find in most British supermarkets, Sheffield fishcakes consist of two slices of potatoes with a piece of fish in the middle. This sandwich like concoction is then battered and fried. Try this local delicacy at the Market Chippie on The Moor Market, open weekly from Monday to Saturday.

Whilst in The Moor Market, explore the wide range of stalls of locally farmed produce and artisanal food shops. Beyond local veg, meat and fish, you’ll also find world cuisine here hailing from Jamaica to Thailand. Why not try some delicious spring rolls and soup from Lemongrass Thai Street Food?

Pick yourself up a packet of Bassett’s Liquorice Allsorts for a true Sheffield snack. Bassett’s is now a global sweet brand but did you know they were first sold in a small sweet shop in Sheffield? Unfortunately, you can’t visit the original location. But you can visit Sweet Tradition, a glorious sweet shop in Meadowhall instead.

If you need a place to study or catch up with friends then curl up in one of the well-worn armchairs at The Rude Shipyard cafe. It’s a great place for coffee, brunch and homemade bakes for vegans, vegetarians and meat eaters alike! Be sure to also browse the collection of books for sale that line the cafe’s walls.

Once a month a vacant ex-industrial warehouse gets turned into a hip indoor market equipped with street food stalls, cocktail master classes and an unbelievable playlist. Check out Peddler Market at 92 Burton Road for wicked weekends plans.

There’s nothing Brits like more than a proper pint, and one of the best is served at The Sheffield Tap. Don’t be fooled into thinking this is your average pub. The beer specialists here source beers from around the globe and also brew their own on site. This popular pub is built within the train station’s old waiting room. So, squeeze in a pint at whatever time of the day you’d like. You’ll be taking your taste buds on a global brewery expedition without even boarding a train!

Where to go shopping?

The Sheffield Antiques Quarter to the South of the city is an essential stop for a much more unique and independent shopping experience than you’ll find elsewhere. It hosts eight Antique Centres, over 60 independent shops, bars and cafes, and its own Auction Gallery. You can find period antiques, local artwork, affordable traditional furniture, vinyl records, vintage clothing and collectables, and recycled sustainable fashion in the Quarter’s wide variety of boutiques.

Head to the Devonshire Quarter just west of Sheffield’s city centre for a Mecca of cosmopolitan chic and award-winning boutiques, restaurants and a fantastic spa. This prime shopping destination has just been developed over the past decade to resemble an “urban village.” Check out the neighbourhood’s long list of independent shops including Filibuster and Booth and Plantology. The Devonshire Quarter is the place to be if you’re looking for more off-beat souvenirs to bring home to friends and loved ones.

With over 290 stores, 50 restaurants and an 11 screen cinema, Meadowhall Shopping Centre certainly has something for everyone. Shop until you drop at high street favourites including All Saints, River Island, Ted Baker and Topshop.