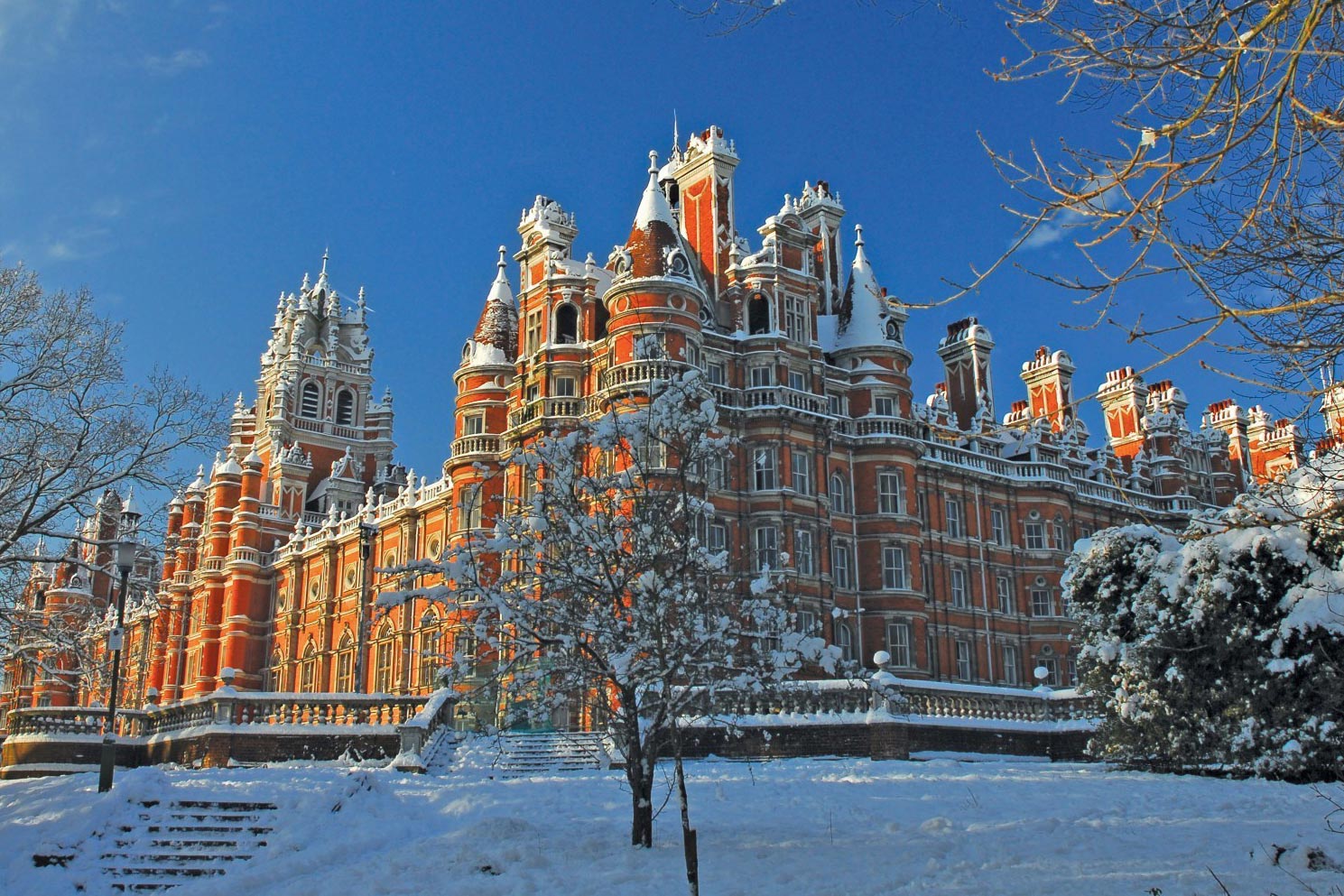 This article was updated by the Great British Mag team on 15 September 2021.

We know you shouldn’t judge a book by its cover, but the UK has some of the prettiest universities in the world. From fairy tale turrets to Harry Potter filming locations, check out our selection of the most beautiful universities in Britain. 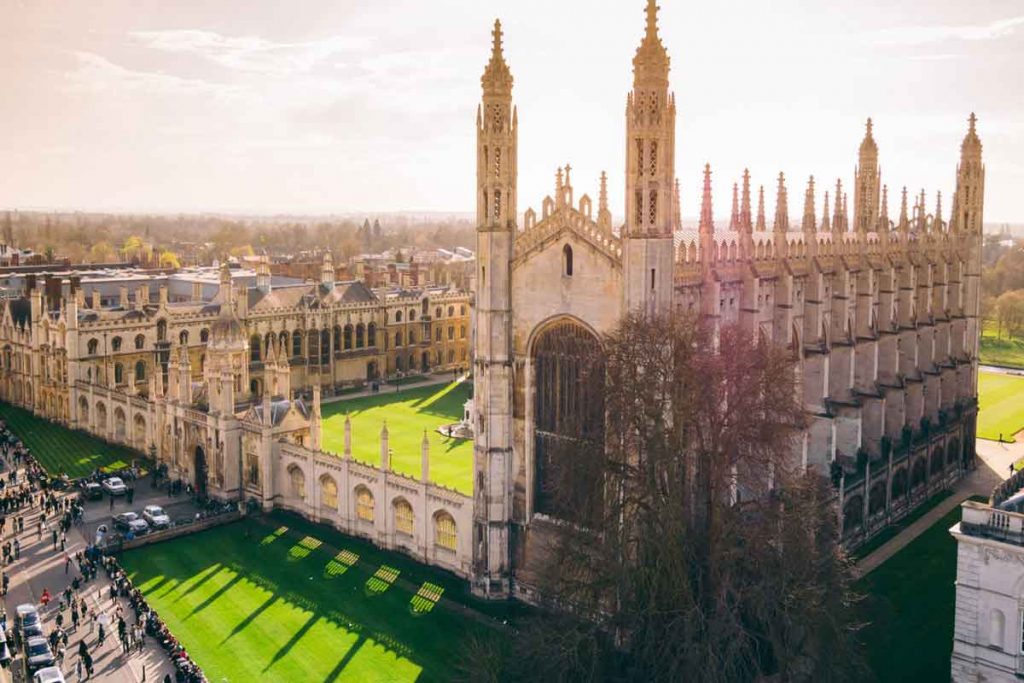 The old friend of Oxford, Cambridge, has the UK’s second-oldest university. The institution was started by a group of scholars who left Oxford University after a heated clash with the townspeople. It is made up of eight museums, beautiful botanical gardens and a host of colleges in Tudor and medieval styles. Many of the 31 colleges overlook the River Cam where you can often find students and tourists punting wearing straw boater hats. 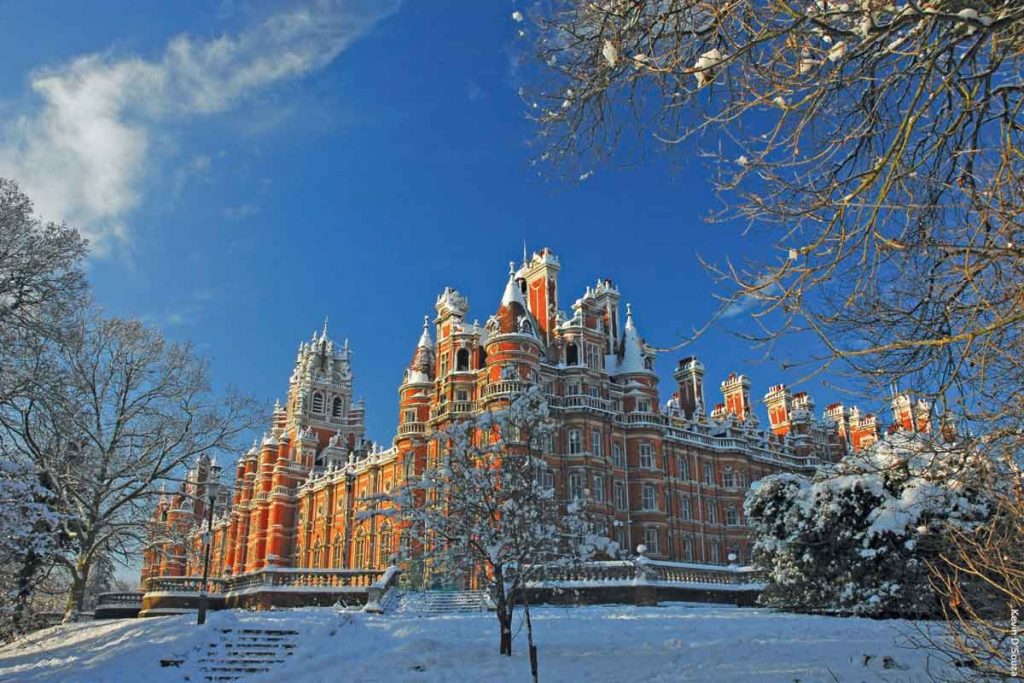 Set amongst serene grounds and modelled on the Chateau de Chambord in the Loire Valley, the Royal Holloway Founders building is made up of turrets, towers and huge imposing pillars. Having starred in Hollywood blockbusters such as The Avengers and Delirium, the iconic building has also made a cameo appearance in the historical British period drama Downtown Abbey. Located in Egham, Surrey, the university also houses Thomas Holloway’s collection of Victorian paintings. 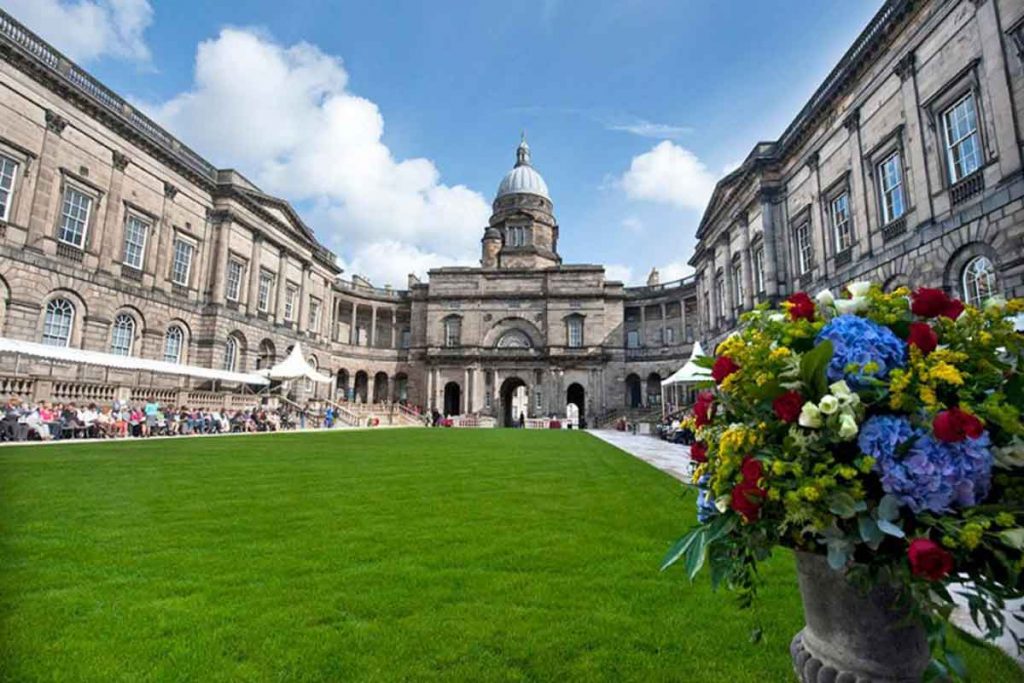 Some of the best views over Edinburgh can be found from this gorgeous Georgian university—head to Arthur’s Seat, an 823-foot high dormant volcano that overlooks one of the UK’s most desirable cities. University of Edinburgh is one of the oldest universities in the UK, founded in 1583. It also houses the contemporary Talbot Rice Gallery if you fancy a dash of culture in between study breaks. 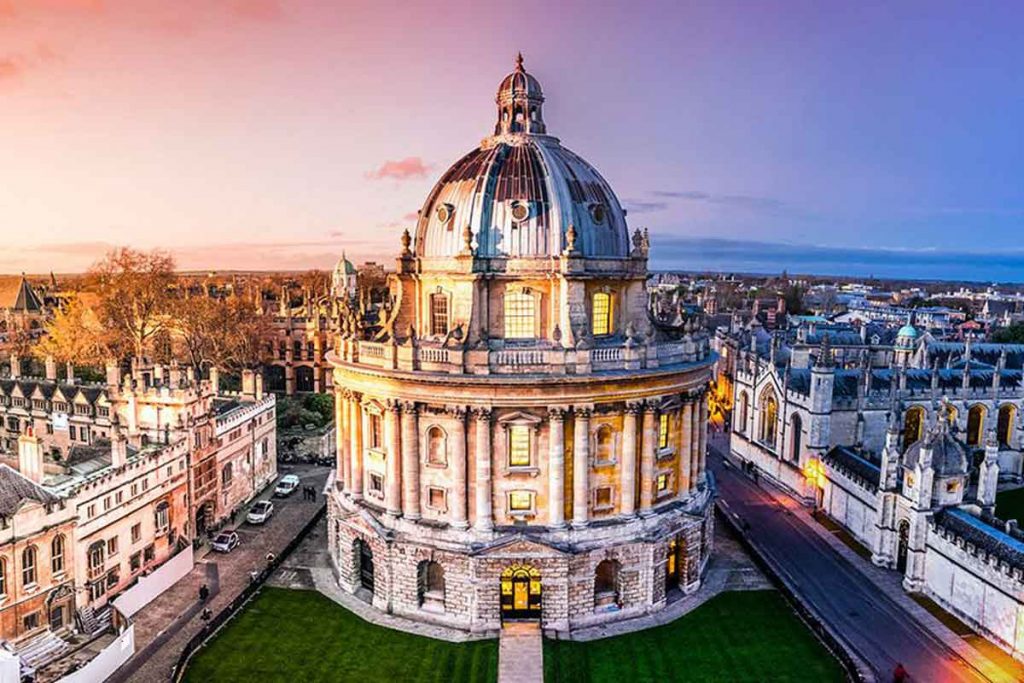 Oxford is the oldest university in the English-speaking world and ranked among the very best in the world. Whilst it does not have a main campus, it is comprised of magnificent banquet halls, quaint courtyards and neoclassical libraries scattered across the city of Oxford. One of its most famous libraries, the Radcliffe Camera, not only has a copy of every book ever printed in the UK but has also starred in three Harry Potter films. 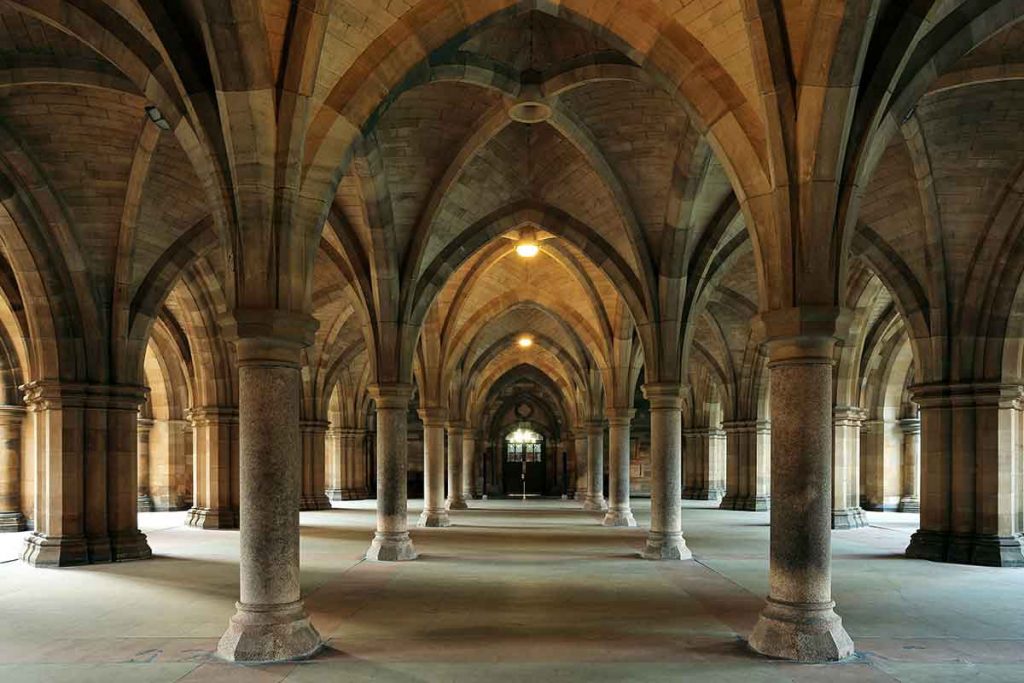 The University of Glasgow is an Instagram dream with its imposing brutalist columns, slate turrets and antique windows. It is the second-largest example of Gothic revival architecture after the Palace of Westminster. The dramatic archways lead the way to the oldest museum in Scotland, the Hunterian Museum and Art Gallery. There you can see a large collection of ancient Egyptian artefacts, historic scientific instruments and rare geological finds. 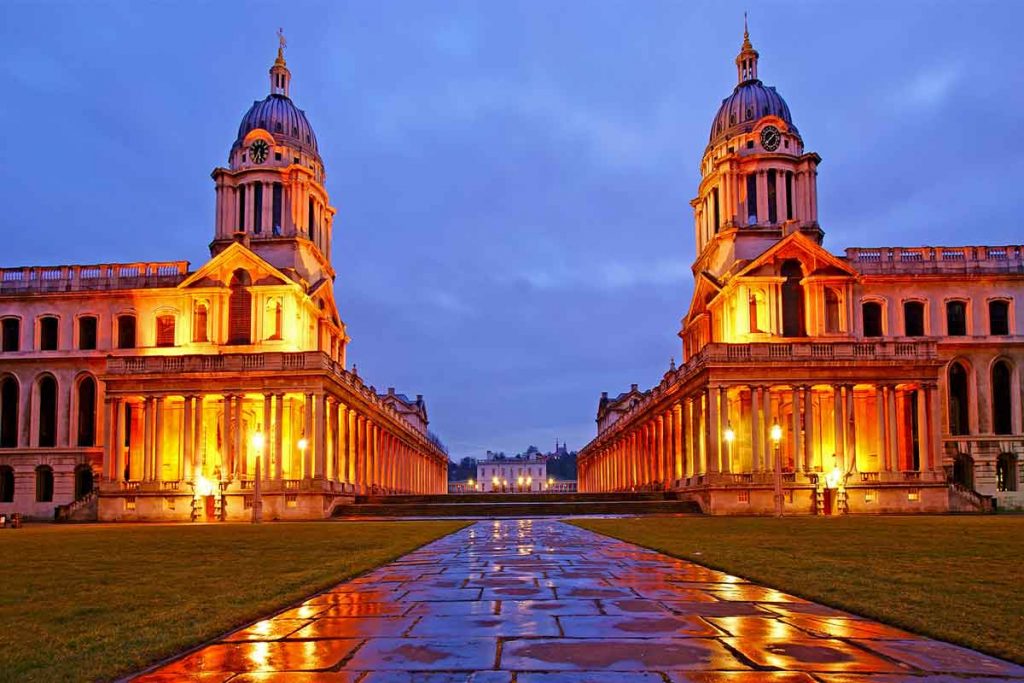 Designed by Sir Christopher Wren, who also designed St Pauls Cathedral, The Old Royal Naval College is an exquisite example of baroque architecture. Set on the banks of the River Thames it has been the backdrop for plenty of famous films, including Four Weddings and a Funeral and The King’s Speech. You can visit the magnificent Painted Hall and the neoclassical Chapel to see one of the finest examples of European architecture up close. 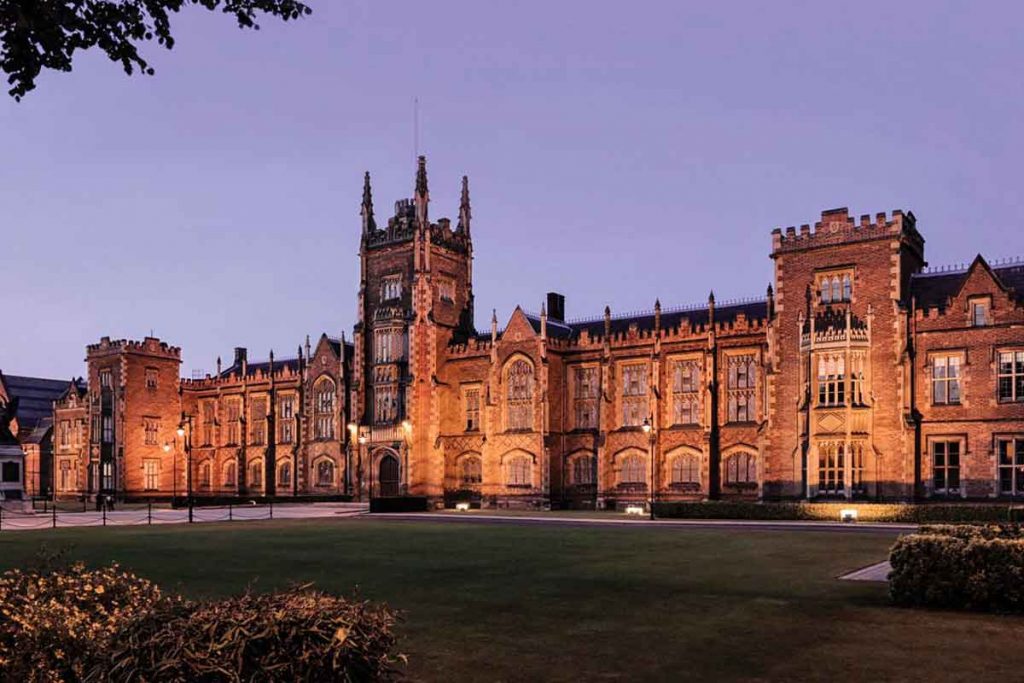 Belfast was named one of the happiest places to live and its no surprise seeing as the city is filled with picturesque redbrick buildings. Ranked in the top 1% of global universities, Queen’s University Belfast sits on the fringes of Southern Belfast with the impressive Belfast Castle, just a 15-minute stroll away. Famous alumni include the notable Irish playwright Seamus Heaney and Hollywood actor Liam Neeson. 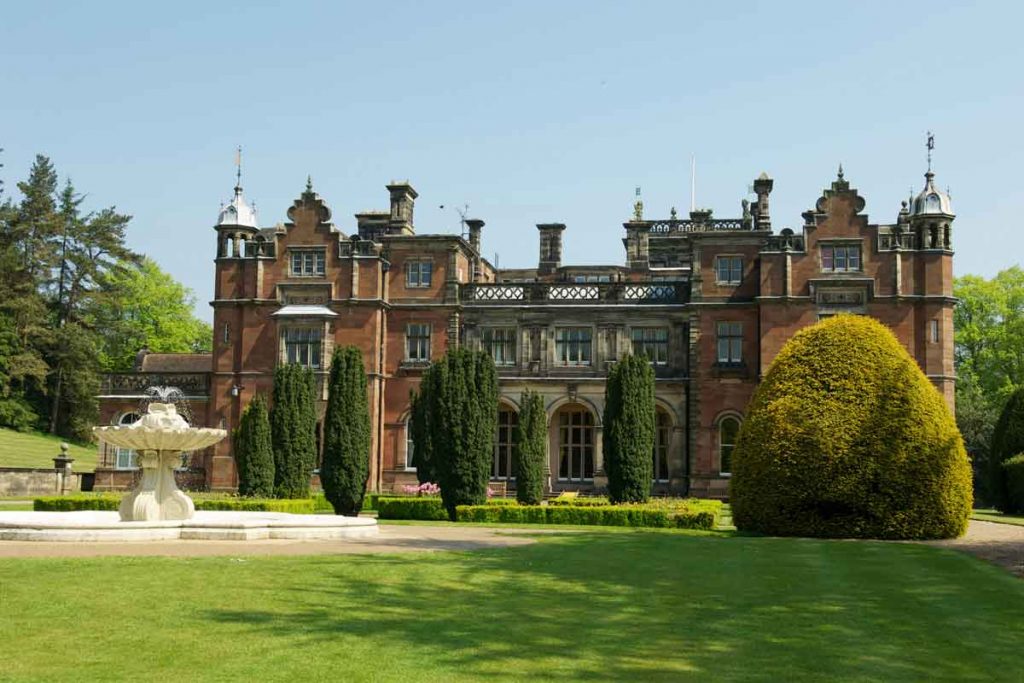 Keele University has one of the most picturesque campuses in the UK. Its rural settings provide acres of woodland, wildflower meadows and lakes to ramble in. Just five miles from Stoke-on-Trent, the campus shares its 625-acre grounds with the largest collection of blossoming cherry trees and the impressive Keele Hall, a 19th-century elegant stately home.

10 best free things to do in London