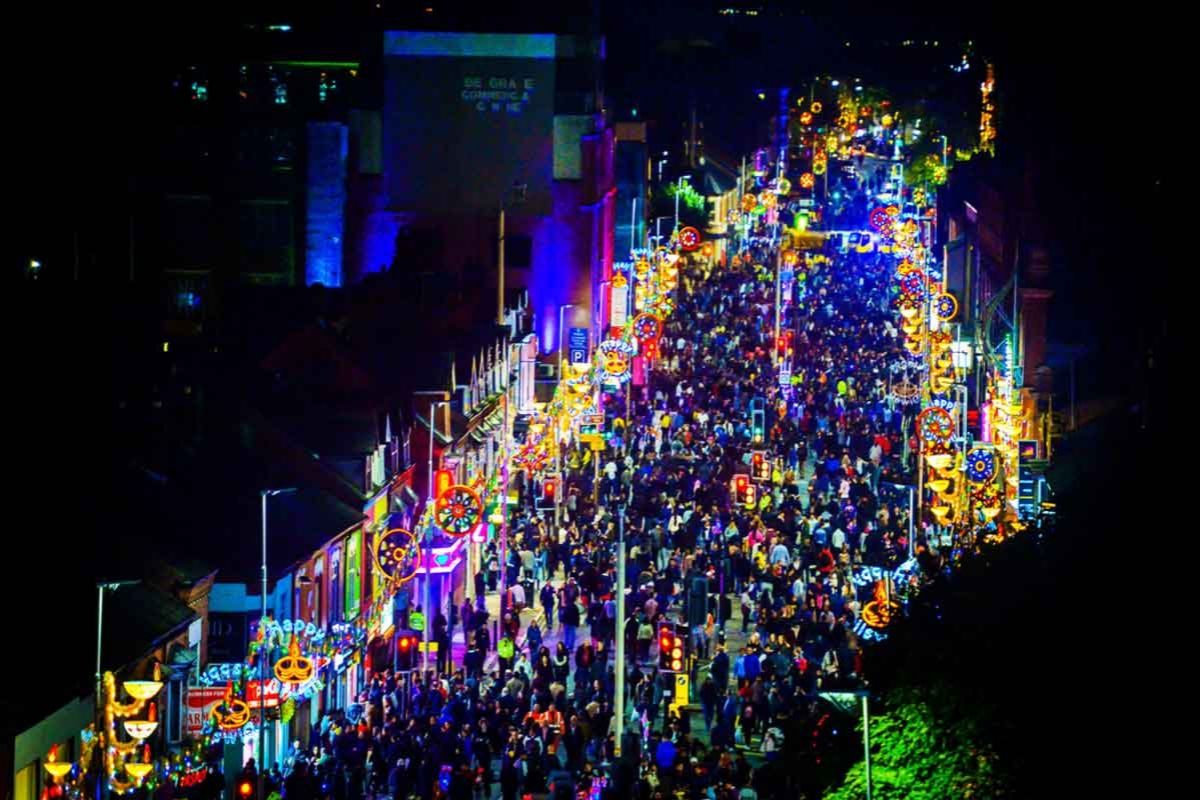 This article about Leicester Diwali was updated by the Great British Mag content team on 8 October, 2019

Diwali, also known as the Festival of Light, is a holiday celebrated by Hindus, Sikhs, Jains and Buddhists. It is one of the biggest celebrations in India but if you cannot get to India this year no need to worry. You can go to Leicester instead. The city hosts one of the biggest celebrations of thi festival outside of India. Over 35,000 people of all faiths attend every year to enjoy the festivities.

Leicester’s Diwali celebrations kick off with an amazing lights switch-on which turns Belgrave Road – also known as the Golden Mile and the heart of the city’s South Asian community – into a sparkling lights display. Over 6,000 multicoloured lightbulbs are used to transform the city. The switch-on is accompanied by fireworks and music and dance performances.

The festival of Diwali lasts for five nights but Leicester celebrates it with two weeks of cultural celebrations. The festivities centre around the Golden Mile where the atmosphere is buzzing. Visit to enjoy the gorgeous lights, admire colourful traditional Indian clothes and dazzling gold jewellery and of course indulge in some of the best South Asian food in Britain. There will also be a huge range of cultural events such as Bollywood workshops, dance performances, cultural talks and many more things. Check out their full programme here.

Leicester Diwali is one of the biggest and best Diwali celebrations outside of India so be sure you book a train ticket to the city.

8 Best Hikes in the UK by Train