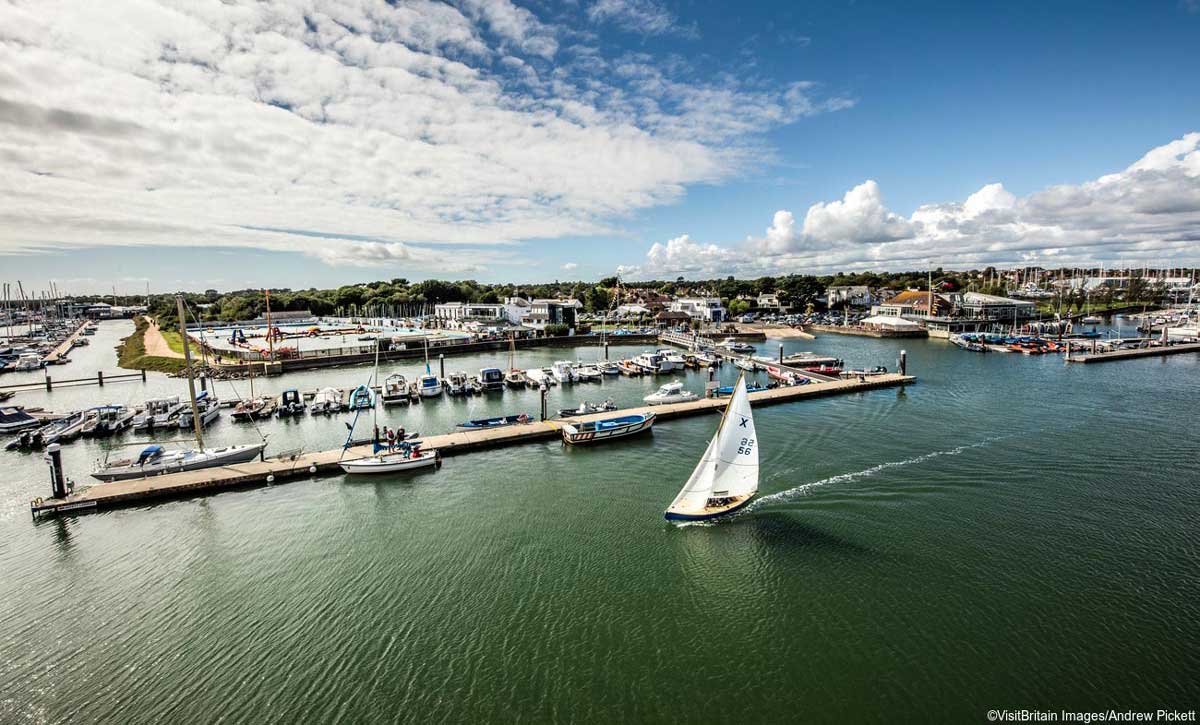 This city guide to Southampton was published by Great British Mag on 5 June 2020.

The historic port city of Southampton has many reasons for its fame, including being the home of Jane Austen, the place where the WWI fighter plane, the Spitfire, was designed and where in 1912 the Titanic cast off from the city’s dock on its ill-fated maiden voyage to New York.

The city is still an active port that handles more than 1.7 million passengers a year and is fondly known as the “Cruise capital of the UK”.

The SeaCity Museum is the place to go to find out about the relationship between Southampton and the doomed-liner Titanic. The ties between the port and the giant ship were so tight that more than 5,000 Southampton households lost at least one family member when it sank in 1912. The exhibits at SeaCity give visitors a sense of what the city was like at the time and there’s a model of the liner itself showing its incredibly intricate design.

If you’ve seen the movie Dunkirk, you’ll know just how much the British revere the Spitfire. You can get up close to one of these iconic aircraft at the Solent Sky Museum, an institution that also tells the story of Spitfire designer R.J Mitchell. There are more than 20 aircraft on display including a Short Sandringham, one of the giant flying boats that used to transport passengers from Southampton to every corner of the world.

If you love football – and the Premier League in particular – you’ll want to take a tour of Southampton FC’s stadium.

Billed as Southampton’s most important historic building, the Tudor House offers a glimpse of more than 800 years of history. The black-and-white timber-framed building was built in the late 15th century and it’s packed with artefacts, ranging from a prayer book from 1480 to a Penny Farthing bicycle and a sedan chair used to transport wealthy people around town.

What and where to eat

You can’t tell people that you have been to Southampton without trying It’s a Pizza Thing. The pizzas are made in a wood-fired oven in a truck parked outside of the South Western Arms pub. Our tip: buy a pizza (or a chocolate calzone) and take it into the pub to enjoy with a pint of local beer.

Most students run on coffee and there is no shortage of good cafes in Southampton. One favourite is The Art House, an organic café at 178 Above Bar Street that doubles as a music venue and an art gallery. It’s a non-profit organisation staffed mainly by volunteers and offers a friendly vibe as well as some seriously good coffee.

Those with a sweet tooth need to visit Sprinkles Gelato, which has two outlets in Southampton. Sprinkles has been serving the city’s best ice cream and handmade desserts since 2012. And guess what? There’s a 10 per cent discount for students who produce a student card.

Southampton’s connection with the sea runs deep and there are plenty of ways to get in on the action. If you want to try your hand at sailing the Royal Yachting Association runs introductory sailing and windsurfing courses at the Southampton Water Activities Centre.  If you wish to get a taste for it, you can visit the Southampton Boat Show and day-dream about the boat you’ll buy once you’re rich. Someday, someday!

A hard day’s sailing should be topped off with a nice cold beer. Southampton’s big student population means there are plenty of great student pubs ranging from The Hobbit – whose giant beer garden is decorated with Lord of the Rings graffiti – and The Talking Heads, a pub and intimate music venue.

Want to keep the party going? Orange Rooms is one of the South Coast’s busiest clubs and it has played host to an array of quality DJ’s and live acts, including Ellie Goulding, in its, well, orange rooms! With different events going on every night, head down there and dance the night away.

West Quay is a multi-storey mall that is home to more than 100 shops as well as cafes, restaurants and bars. The up-market British department store John Lewis has a big outlet there. And you’ll also find an Apple Store as well as Brit fashion favourites, such as Jack Wills.

If you want something quirkier check out Beatnik Emporium at 202 Above Bar Street. It’s rammed with racks of vintage and retro clothing and the prices are reasonable. Musicians should visit The Guitar Store on Commercial Road. It has a vast range of guitars, amplifiers and effects pedals and a repair service for damaged instruments.