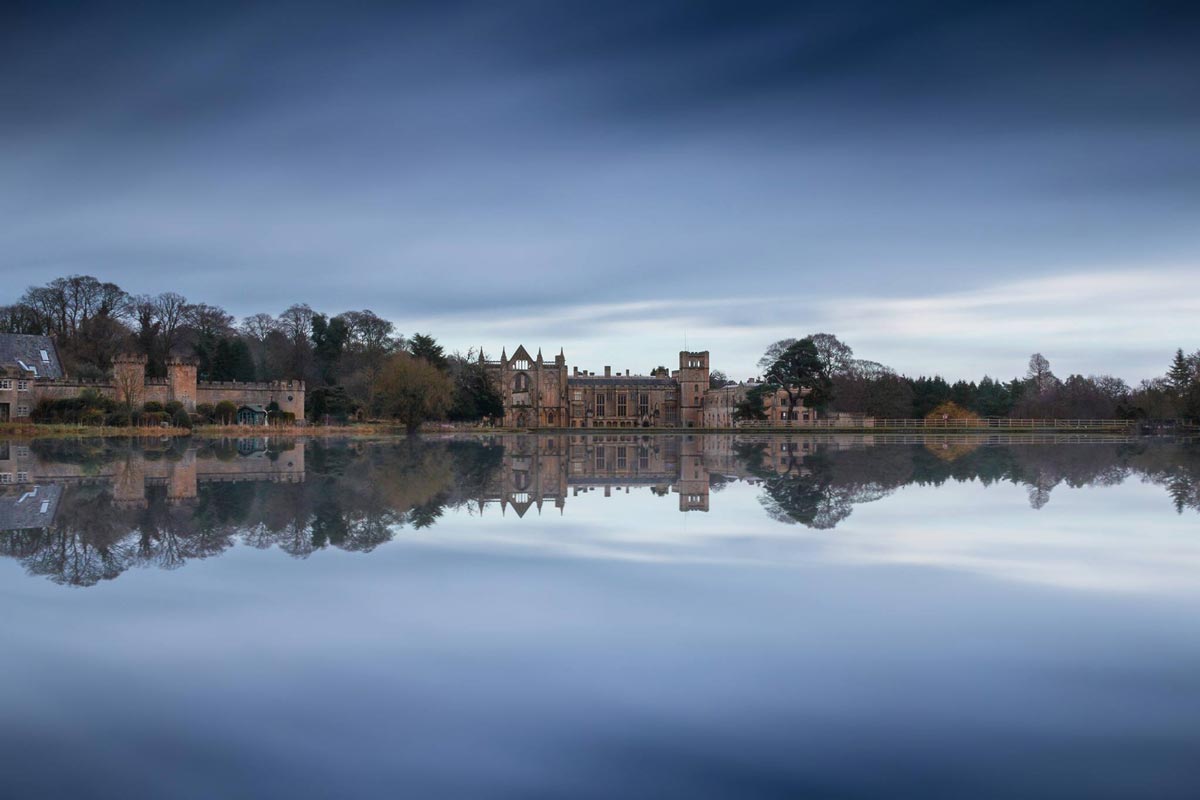 Cultured, creative and crammed full of history Nottingham is the Queen of the Midlands. Follow in the footsteps of literary greats D.H Lawrence and Lord Byron or delve into the medieval legend of Robin Hood, who according to medieval folklore once roamed the enchanting Sherwood Forest. The UNESCO City of Literature is also home to England’s oldest live music venue, the oldest drinking inn and a collection of quirky vintage stores ready for you to explore.

2) The famous British apple, the Bramley apple, originates from Nottinghamshire. The tree was planted in 1806, in a town called Southwell. The 200-year-old tree is still going strong in the original garden.

4) Nottinghamshire is home to Sherwood Forest. According to folklore, the forest was home to the famous Robin Hood, who took from the rich to give to the poor.

5) Nottingham is home to Notts County F.C, which was set-up in 1861, making the club the oldest football team in the world.

Perched above the city is the magnificent Nottingham Castle. Built by the Normans and restored under Henry II visit the castle for spectacular views over the city and for the maze of caves hidden beneath its imposing walls.

Deep in the depths of the city is a labyrinth of caves carved from the soft sandstone that the city is built with. Step beneath the city to explore the network of caves formerly used as dwellings, air raid shelters and even a primitive tannery.

The City of Caves are also rumoured to be haunted by the ghost of Sir Roger Mortimer who was hung, drawn and quartered after being captured for killing King Edward II. Continue ghost hunting at The Galleries of Justice Museum, which is supposedly the most haunted building in England.

A visit to Nottinghamshire would not be complete without visiting Sherwood Forest, arguably the UK’s most famous forest. According to legend it was once home to Robin Hood, who stole from the rich to give to the poor.  The legend goes that he and his gang made the forest their home and used one oak tree, which you can still visit today, as their hiding place.

Nottingham’s renowned for its Blue Stilton cheese as it’s one of only three counties allowed to make it due to strict European Law. Pop into The Cheese Shop in the city centre to try some of the strong-smelling cheese or if that’s not to your taste then sample one of their delicious artisan cheese boards.

The place to head to for one of Britain’s national dishes, piping hot fish and chips, smothered in salt and vinegar and with a healthy serving of mushy peas is Cod’s Scallops. Voted one of the best chippies in the UK they have over twenty different catches to try.

Take in a bit of the city’s history and head to Annie’s Burger Shack located in the historic lace market, which is somewhat of an institution in Nottingham. Choose from over 30 different types of mouth-watering burgers including vegan and veggie options. Make sure you book ahead as reservations are essential in this popular hangout.

Caffeine lovers can head to artisan coffee roasters 200 Degrees. Nestled in a 17th century coaching inn just off Market Square. Sink into a leather armchair and catch up over a cuppa. There’s even a barista school upstairs, where you can learn latte art.

All this eating and browsing should take you nicely to the evening at which point you have to swing by Ye Olde Trip to Jerusalem. The oldest inn in England dates back to 1189. It is a traditional brew house with moss covered roof tiles and plenty of resident ghosts.

For something a bit more sophisticated head to Boilermaker. Navigate your way through to secret doors to discover this hidden speakeasy bar. The cocktails are a twist on the classics and served in quirky teacups, juice cartons and jam jars.

The Lace Market is the oldest part of the city and is made up of curving brick buildings and cobbled streets. With 130 lace factories operating at its height the area is named after its lace production. Take the Lace Market Heritage Trail to learn more about the trade the city is renowned for or browse the range of high street shops and trendy boutiques.

Hockley Village is a hipper and cooler version of London’s Shoreditch. You won’t find overpriced coffee here; instead you’ll stumble across a treasure trove of vintage shops such as Backflash and retro-inspired Wild.

Located in the city centre, The Flying Horse Walk is a fashion arcade with a variety of fashion boutiques and galleries. You can browse designers such as Vienne Westwood or book in for a haircut at the iconic barbershop Birk.