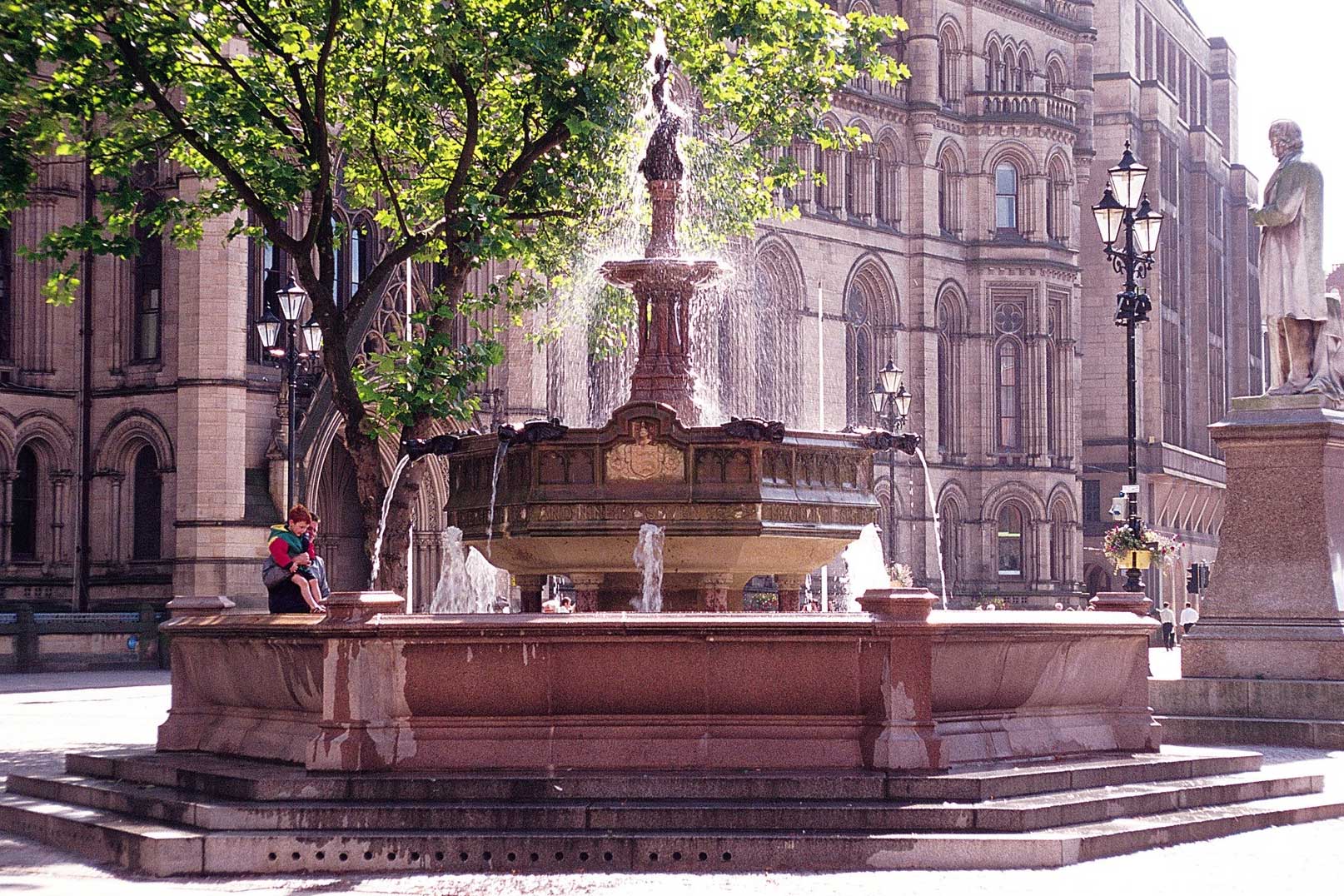 This article about guide to Manchester was updated by the Great British Mag content team on 29 September, 2021

Voted not once, but twice, the best city to live in the UK—move over London—this northern powerhouse is a vibrant mix of history and modernity.

Manchester is the UK’s third largest city and home to music legends Oasis, Joy Division and the Chemical Brothers. A contagious energy flows freely through the city due to its welcoming, multicultural attitude. Known as a cultural and culinary hub with bustling Chinatown and the famous Curry Mile offering the largest concentration of South Asian restaurants in the UK.

1) Manchester introduced a lot of great things, including the first free public library, Chetham’s Library, which opened in 1653 and is still operating.

2) One of Britain’s most famous retailers, Marks and Spencer, opened on Streford Road in May 1894.

3) Vegetarianism started in Manchester after a sermon performed by Revered William Cowherd in 1815.

5) Have you tried Vimto yet? It’s a soft drink that tastes of grapes, raspberries and blackcurrant and it was invented in Manchester as an alternative to alcohol. There’s even a Vimto statue you can visit! 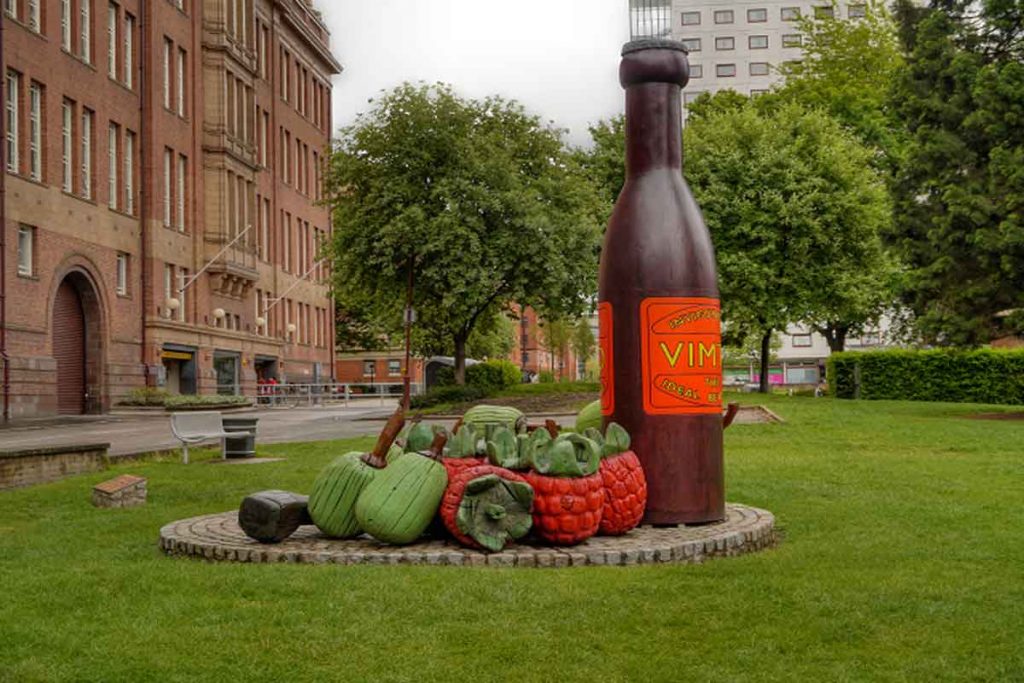 Manchester is home to one of one of the world’s most famous football teams, Manchester United. Even if you’re not a Red Devils fan a trip to Old Trafford is a must. Walk the same steps that David Beckham and Cristiano Ronaldo once did as you walk under the tunnel onto the famous football pitch, and you can even take a sneak peak inside the players changing rooms!

The John Rylands Library is a marvellous neo-gothic building with enchanting winding staircases and over 1.4 million books. It’s one of the city’s oldest buildings and it was originally decorated to look like a church. The Reading Room boasts large stained glass windows and ornate ceiling carvings making it one of the prettiest places to study. 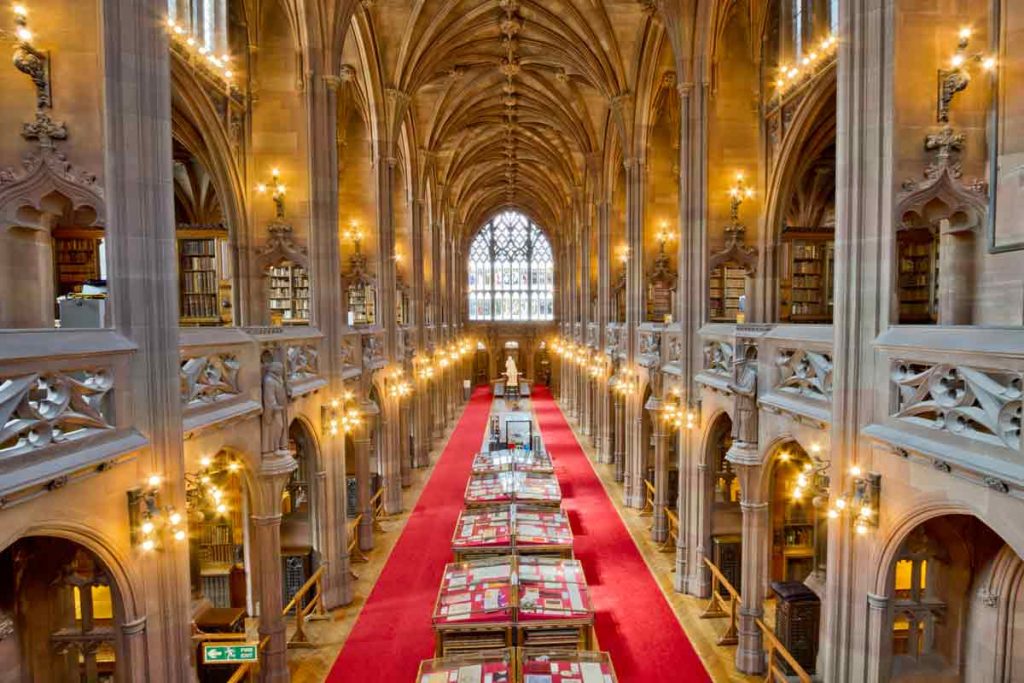 Head to the Museum of Science and Industry where you can hop on at the oldest surviving railway station. The Manchester and Liverpool Railway revolutionised transport and pioneered the growth of railway travel.

Taking centre stage in the city is the elaborate Manchester Cathedral with its intricate stained glass windows, high ceilings and grand organ. Entry is free, but they do ask for a donation if you wish to take photographs as the cathedral costs over £2500 to maintain per day!

Get stuck into a Chip Barm, one of Manchester’s culinary specialities. Short for Chip Barmcake, a Chip Barm is essentially hot chips (fries) and a bread roll smothered in butter. The carba-licious treat is available at any fish and chip shop, but we recommend Wrights Traditional Fish and Chip Shop.

Try some more Mancunian (the nickname for people from Manchester) delicacies at the Altrincham Market. It’s a foodie heaven where you can pick up Manchester Tarts, coconut custard in a pastry shell with raspberry jam and a cherry on top, whilst browsing local artwork.

Indulge in a proper English cuppa at Proper Tea. Situated in the historical heart of the city, opposite the Manchester Cathedral, the Victorian style tearoom serves an artisan selection of fine loose teas in glass teapots and mugs. If you’re still hungry head to the Grub Food Fair. The indoor/outdoor food market takes places every Friday and Saturday until late. Live DJ’s provide a killer soundtrack as you snack on everything from tacos to jerk chicken.

After a full day of exploring, stop for a drink in the city’s tallest building. Sip champagne in style at Cloud 23 on the 23rd floor of the iconic Beetham tower. The views stretch all the way to The Pennines and the Cheshire Plains.

Pop into Pollen Bakery to pick up some ‘cruffins’ for the journey home. Located underneath the arches at Manchester Piccadilly station their speciality cruffins are a cross between a croissant and a muffin. The flavours change weekly so you could find yourself sampling a pistachio flavour, blood orange or salted caramel. It’s best to head there first thing in the morning, as they’re prone to selling out.

The Trafford Centre houses an obscene collection of high street stores, a cinema, amusement park and three department stores. Find everything from Topshop to Selfridges, as there are over 280 shops. Don’t worry about getting lost, we still do!

Fashionistas will head to Northern Quarter where an array of hipster, quirky independent shops awaits. Pick up designer trainers at Oi Pollloi, vintage vinyls at Vinyl exchange, or browse through Magma – arguably the best independent book and magazine store in the UK.

The history of the London Underground