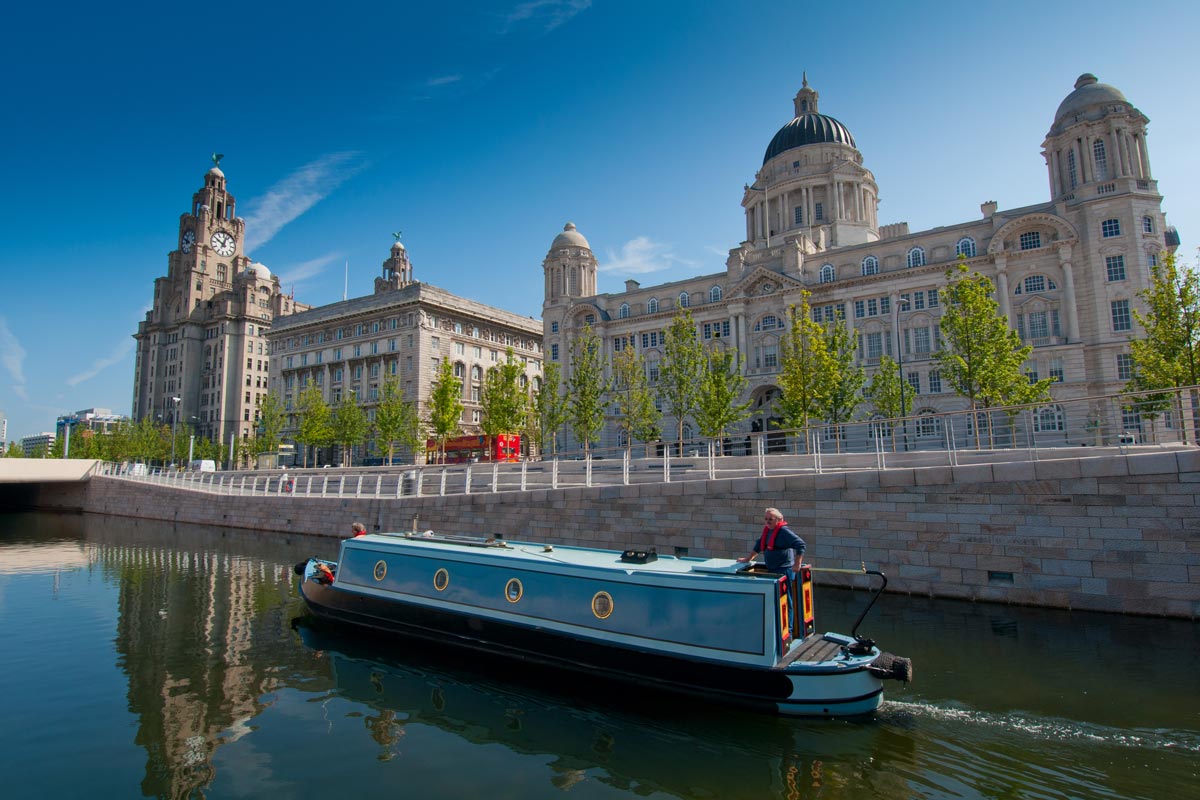 Published by the Great British Mag content team on 19 August, 2019

Best known for one of Britain’s most-loved bands, Liverpool isn’t just the former home of the Beatles. The city oozes character with its vast collection of eclectic shops, buzzy live music scene and rich history. Once a key trade and migration port the city is now a melting pot of traditions. Top tip in our guide to Liverpool? Take your taste buds on an exciting culinary tour as you try food that’s only available in the North.

1) That Liverpool has the largest collection of Grade II buildings outside of London. The city has 2,500 listed building and over 250 public monuments including the Liverpool Empire Theatre and the Stanley Dock.

2) Liverpool holds the Guinness Book of Records for being the Capital of Pop. More Liverpool artists have had a number one chart hit that any other city. Aside from The Beatles, stars such as Atomic Kitten and the Sugababes call it home.

3) The world’s most famous horse race takes place in Liverpool every year. The Grand National is a horse race watched by over 600 million people.

4) It is the most successful footballing city in the UK as its two teams, Liverpool and Everton, have won 27 Premier League titles, 4 European Cups, 3 UEFA cups and 11 FA cups.

5) You can thank Liverpudlian Arthur Wynee for the creation of crossword puzzles. On 21December 1913 the journalist published the first puzzle in the New York World.

The Cavern Club is the beating heart of Liverpool’s music scene. The cellar club is famous for kick-starting the Beatles notorious career and has since had superstars such as Adele, the Rolling Stones and Oasis play sold out gigs on its iconic stage.

Anfield football stadium once started off as rival football club Everton’s home ground, however since 1892 the mighty reds have called it home. Football is one of the city’s first loves and catching a game at Anfield is an incredible experience for sporting fans. Alternatively, when there are no matches scheduled fans can tour the stadium and the world-class museum.

A number of Liverpool’s most popular attractions can be found at Albert Dock including the Tate Liverpool, the contemporary art gallery. Wander the World Heritage waterfront and get a healthy dose of culture from the surrounding galleries and museums.

Pull up a bar stool and have a pint at the notorious Baltic Fleet. Once filled with burley sailors rumour has it that the ghosts of forgotten sailors still haunt the secret passages beneath the 19th century pub. The two tunnels used to connect the docks with the city’s former red light district. Saucy!

Scouse (or Lobscouse) is a beef or mutton-based stew cooked with a selection of chunky vegetables. Not to be confused with the nickname for the local dialect, it is a dish that was often eaten by sailors in ports of Liverpool. Liverpudlians are so proud of their regional dish Scouse that they’ve dedicated a whole day to it! And you can try it at Maggie May’s with a side of red cabbage and fresh bread.

Speke Hall National Trust Tudor house is one of the finest surviving examples of a Tudor manor house. Explore the sprawling, well-groomed grounds before heading to the onsite café for a Wet Nellie. Wet Nellie is what old-fashioned bread pudding is called in Liverpool and pairs well with hot custard.

Nothing beats devouring a mountainous roast dinner on a Sunday. The Camp and Furnace offers one of the best in the country with huge servings of roast potatoes, golden Yorkshire puddings and prime-cut meat. Arrive hungry and make sure you leave room for dessert, they’re Sticky Toffee pudding is delicious.

Satisfy any sweet tooth cravings with a freak shake at Barley and Beans. These mammoth desserts are an explosion of doughnuts, cookies, chocolates and milkshakes. We’re not sure we could eat a whole one ourselves, could you?

Bold street is a hub for independent, creative and quirky stores and Soho’s is the home of retro clothing. The bohemian quarter also boasts plenty of coffee shops to stop and refuel after a days shopping. Head to Soul Café, the former radio station now serves up freshly roasted coffee alongside an inviting soul playlist.