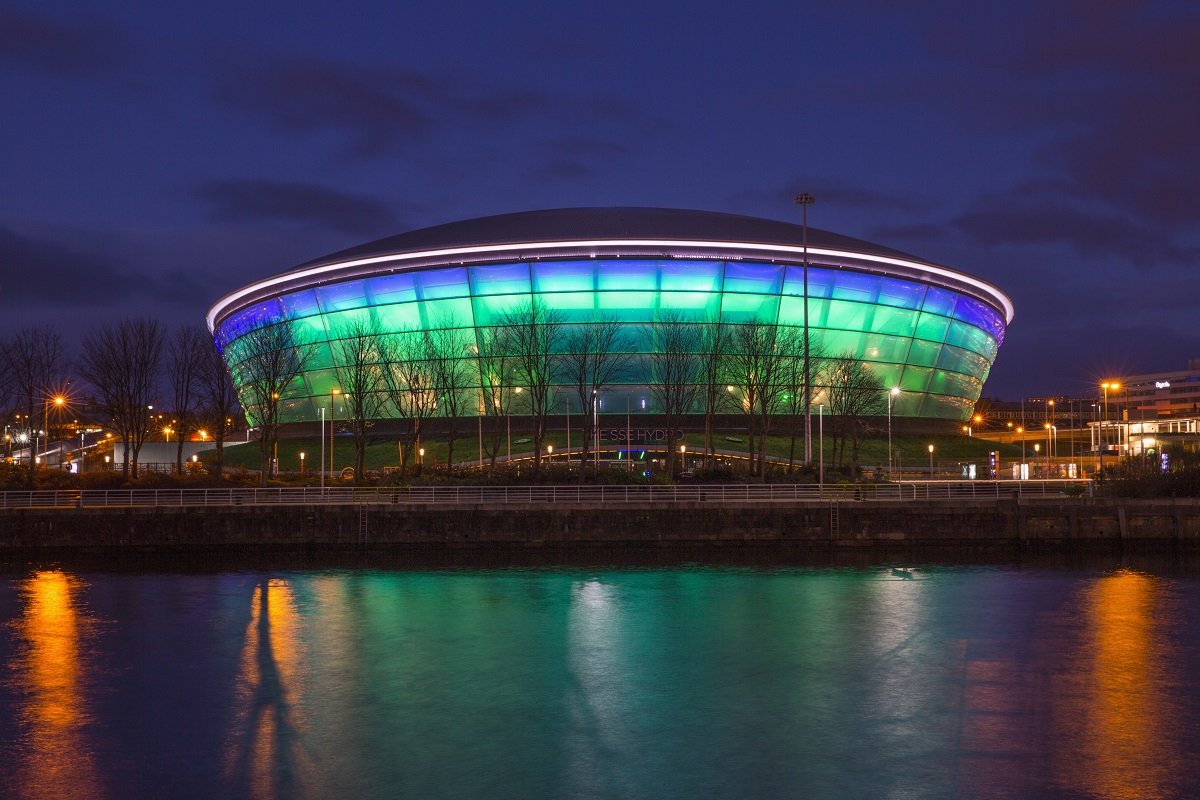 Glasgow was European City of Culture in 1990, an accolade that cemented its reputation as an edgy, arty city that knows how to enjoy itself. It is only 46 miles from Edinburgh but Glasgow has its own vibrant identity and is worth a visit any time of year. Here’s our guide to Glasgow.

No visit to Glasgow is complete until you’ve checked out the Kelvingrove Art Gallery and Museum. There is a popular myth that the impressive Spanish Baroque building was accidentally built back-to-front and the architect jumped from one of its towers in despair. The great thing about Kelvingrove is the diversity of its collection – everything from dinosaurs and a stuffed elephant to mediaeval armour and modern artwork. Make sure you see Christ of Saint John of the Cross, an amazing painting by Salvador Dali.

The Sharmanka Kinetic Theatre is another must-see Glasgow attraction. The brainchild of Russian-born artist Eduard Bersudsky, it’s a dance work (or “Robotic ballet” as The Times newspaper called it) featuring hundreds of carved figures and pieces of scrap moving in time to music.

Take a trip to the beautiful Botanic Gardens to escape the frenetic pace of central Glasgow. Established in 1841, the centrepiece is Kibble Palace, an eccentric domed glasshouse full of exotic plant life.

Another great attraction is the Riverside Museum. Built on the site of a former shipyard, the radical glass and metal structure was designed by one of the UK’s most famous architects, Zaha Hadid. Make sure you see the museum’s recreation of an old cobbled street.

Glasgow has produced some of the UK’s best bands including Simple Minds, Travis, Primal Scream, Franz Ferdinand and Belle and Sebastian. It is also one of the UK’s live music hotspots and you’ll want to see at least one gig while you’re there. One of the best known music venues is the Barrowland Ballroom, east of the city centre. It holds over 2,000 people and has hosted legendary gigs by the likes of Oasis, U2, the Stranglers and the Clash.

To really soak up the Glasgow atmosphere you need to visit a pub or a bar. We recommend The Belle. You’ll find a good mix of students and locals here as well as great selection of American and European beers. Another favourite is Waxy O’Connor’s. Set over three floors and boasting a curious wooden décor that’s been compared to a “sprawling forest” – It’s a great place to watch football on the big screen or just catch up with friends.

If you want to keep the party going, there are plenty of late night spots. Nice ‘N’ Sleazy lives up to its name, pumping out house, garage, grime and dubstep into the wee hours.

Feeling adventurous? One of the delicacies you’ll want to sample is a fried Mars Bar. Don’t knock it until you’ve tried it. There are plenty of places to give this sweet treat it a go, but we suggest the Blue Lagoon Fish & Chips.

For something a bit more substantial grab a chicken tikka masala at one of the city’s many curry houses. Glasgow claims to have invented the British favourite, a dish made up of chunks of chicken marinated in spices and yogurt and baked in a tandoor oven. The distinctive orange colour comes from turmeric or paprika.

Another Glasgow’s favourite food stop is the Willow Tea Rooms. The rooms were designed by one of the city’s most famous sons, the artist, designer and architect Charles Rennie Mackintosh. You can sit in one of Mackintosh’s distinctive high-backed chairs and sample Scottish delicacies, such as haggis with Neeps and Tatties (turnips or swede with mashed potato).

Shop till you drop in Glasgow. The epicentre of the city’s retail experience is an area dubbed ‘The Style Mile’. You’ll find all the big British brands here as well as some more quirky independent stores. One place not to miss in the Style Mile is the Buchanan Galleries, a big, modern collection of 80 shops at the junction of Sauchiehall and Buchanan streets.

For a very different shopping experience head to the Barras Market. It is a mixture of open-air and covered stalls selling everything from antiques to computer games.

If you’re looking for quirky items – new and old – visit the art and craft boutiques in Ashton Lane and Cresswell Lane.