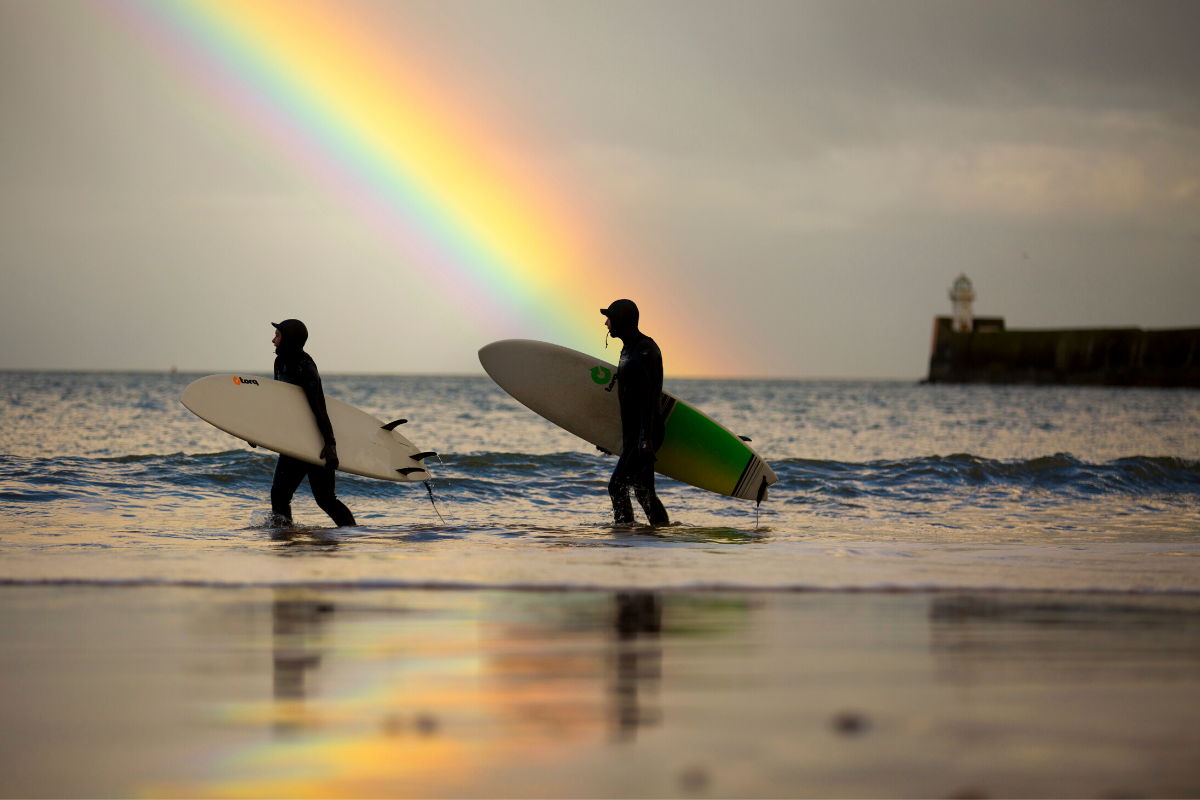 This guide to Aberdeen was updated by the Great British Mag content team on 9 November, 2021

With 165 miles of crisp, clear, golden coast, a breath-taking national park, quaint, cobbled old town and more castles covering the countryside than anywhere else in the UK, Aberdeen is one of Scotland’s most exciting city’s to explore. Whether you stick to discovering the streets of the thriving city centre, fancy sampling some Scottish cuisine or want to slip into your wellies to explore the great outdoors, there’s plenty to keep you busy. The hardest part? Finding time to fit it all in!

Start with a tour of the Old Town, where Aberdeen’s first university was founded in a 15th century fortified cathedral. Wander across to Footdee, a quirky fishing village at the east end of the harbour. Nicknamed ‘Fittie’ by locals, the former fishing quarter is a maze of oh-so-Instagrammable tiny cottages and rainbow-coloured houses.

A whopping 236 castles are strewn across Aberdeenshire, earning it the nickname ‘Castle Country’. Some of the castles are said to have inspired Bram Stoker’s Dracula, whilst others are credited with being the inspiration behind Walt Disney’s Fairytale Castle. The most famous of the bunch and the one that’s worth a visit is Balmoral, the holiday home of the Royal Family and Queen Victoria’s ‘dear paradise in the Highland’s’. When the Royal Family isn’t in residence you can tour parts of the castles and explore its luscious grounds. To find out if the Royal Family is in town, just look for the Union Jack flag. If it’s raised you know the Queen’s enjoying a cup of tea inside and if it’s not flying, they aren’t in and you can venture inside.

Part of Scotland’s splendour and Aberdeen’s attractiveness comes from the verdant countryside found just outside of the city. Cairngorms National Park is twice the size of the Lake District (and twice as beautiful) with soaring mountains, babbling brooks, waterfalls and golden-leaf woodlands ripe for exploration. Follow one of the hiking trails, get on your bike and peddle alongside gentle streams or row a boat across one of the tranquil lakes.

What to eat and drink?

Aberdeen is filled with independent eateries all working towards bettering the local community. One of the best socially conscious café’s is Foodstory, who work solely with local producers. They also proudly displays artwork designed by Aberdeen artists and host regular yoga and art classes. Upping their green credentials, they’re also championing the zero-waste movement. Order the avocado on sourdough smothered with homemade chutney for the perfect start to the day.

Part restaurant, part gallery and part performance space, Musa is popular with Aberdeen’s cool and creative crowd. Located in the trendy Merchant’s Quarter district by the harbour, inside you’ll find a menu focused on Scottish cuisine but with a modern twist. Try the Scottish delicacy haggis in spring roll form (we would tell you want haggis is, but not sure you’d try it if we did!), cheeseboards topped with Gaelic cheeses and Cullen skink, a classic Scottish soup thick with haddock, potatoes and onions.

No trip to Aberdeen would be complete without trying a deep-fried Mars bar. The battered-covered chocolate is a novelty delight that is said to have originated in the Haven Chip Bar in Stonehaven (now called the Carron) in 1995. It’s just a few miles outside of Aberdeen, so worth a visit if a sinful treat or late-night snack is in order.

Nicknamed Scotland’s ‘water of life’, whisky is one of Scotland’s most famous exports. Depart from the usual (read: boring) tourist trail and head to ‘The Secret Malts of Aberdeenshire’, which consists of an array of 18th and 19th century distilleries scattered amongst woodland, villages and tickling the coast. Some of the best are Ardmore, Fettercairn, GlenDronach and Knockdu who each produce very distinctive types of whisky.

Shopaholics rejoice! You are spoilt for choice in Aberdeen. One of the Scotland’s largest shopping centres, Union Square is home to over 50 high-street stores such as Zara, New Look and Apple. Just across the road, you’ll find Trinity Shopping Centre and Primark (perfect for finding a bargain).

On the last Saturday of every month, the Belmont Street market pitches up where farmers, local growers and small-batch producers and retailers try to flog their wares. You’ll find everything from homemade haggis to beautiful tartan scarves, lip-smackingly good cakes and locally distilled gins and whiskies.

You’ll want to head to Thistle Street for the city’s finest independent retailers. Esslemonts is a menswear shop with an expertly curated collection of designer clothes, whilst Esslemonts 2 is the womenswear counterpart. For a sweet snack or a gift for someone back home, pop into the family-run Almondine for some dainty (and delicious) macaroons.

Check out our other city guides for Aberdeen, Plymouth, Stirling, Manchester and more.

8 Best Hikes in the UK by Train