One of the many amazing things about living in the UK is how easy it is to travel to Europe, and the perfect reason to take a trip is to check out some of the world’s best music festivals that happen in some of the most amazing locations around Europe.

To make the trip even more memorable we have teamed up with train booking website Loco2, to give one lucky reader the chance to win train tickets up to the value of £500 to get you to the music festival of your choice.

Here is our pick of festivals you should check out this summer.

Where: Isle of Wight, UK

The Isle of Wight Festival is known for pulling in acts that you will not be able to see live at any other festival in the world and as such it attracts ravers from around the world, creating a truly electric atmosphere.

And the best part of this festival is that it’s on the incredibly beautiful Isle of Wight, so there is so much to do after the music has finished and you can book both your rail and ferry tickets via Loco2.

Cost: 1050DKK for one day tickets. Full festival tickets are sold out

The festival is held on the Danish Island of Zealand, 19 miles away from picturesque Copenhagen and if you like your music mixed in with a whole lot of activism then this is the place to head.

All the profits go to charity and you’ll be around like-minded people who want to enjoy the music festival vibe whilst being respectful of their surroundings and the planet.

The line-up is eclectic, bringing performers together from around the world including Bob Dylan, from the US, and the British band The Cure. And when you want a break from the music you can check out the many art installations created by artists that are activists.

Sziget is a legendary festival which started in 1993 after the collapse of the Soviet Union. It’s held on the banks of the Danube and attracts a truly A-list line-up each year. And as you’ll be in Budapest be sure to check out the Museum of Fine Art which has re-opened this year after renovation.

A sister festival to their Amsterdam event, DGTL is a very switched on festival where international and indie acts take centre stage, alongside contemporary art installations and performances. It’s also one of Europe’s most eco cool festivals.

Cost: Day ticket 69 euros, or 49 euros if you have a student ID card of a French school or university

Held in the ‘tres beau’ surroundings of Parc de Saint-Cloud, this three day festival near the banks of the Seine are as far from Parisian ‘chic’ as you could imagine. This is the real Paris, that rocks. Official campsite is at Camping de Boulogne.

This boho chic festival is the baby of iconic Welsh musician, author and broadcaster Cerys Matthews. A boutique festival, there is an inspired line up of international music with literature, local food and well as plenty of wild swimming.

Lisbon is one of Europe’s hottest up-and-coming cities, and this festival, just near the beach, when the temperatures are still sultry in September, is a great reason to visit. Located in a collection of old warehouses and disused tram terminals, we love the way Portugal is ringing in the new. 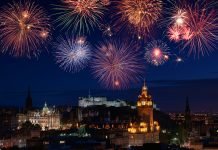 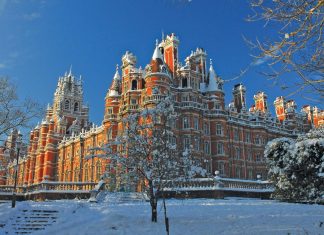 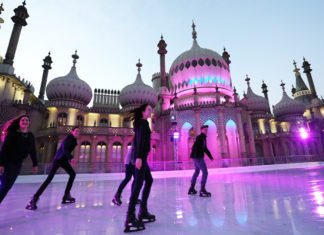