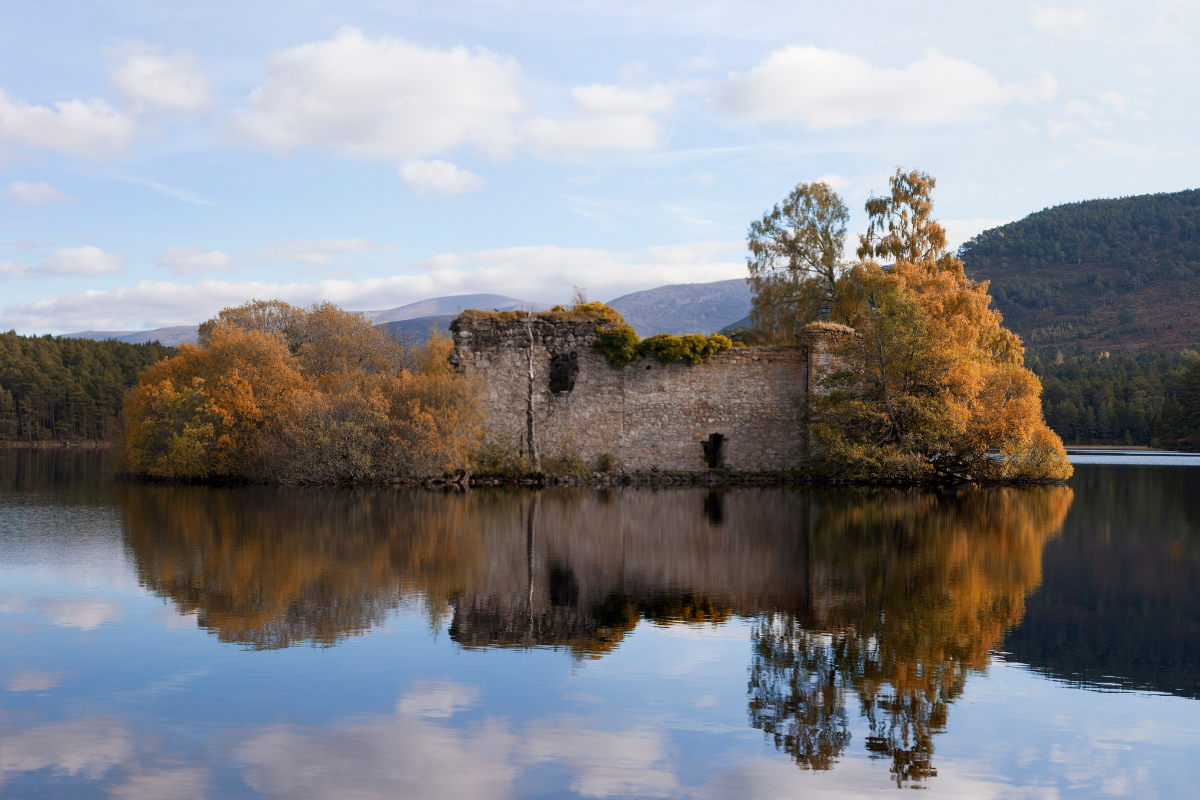 This article was published by the Great British Mag content team on 30 March 2022.

Fancy getting into the great British countryside to take in the fresh air, loosen the limbs and capture the beautiful landscapes that define the UK? If it’s a discerning yes but with a deep sigh that without a car you’ll never be able to get to the best places, fear not because we’ve picked the best hikes in the UK that you can get to by train! 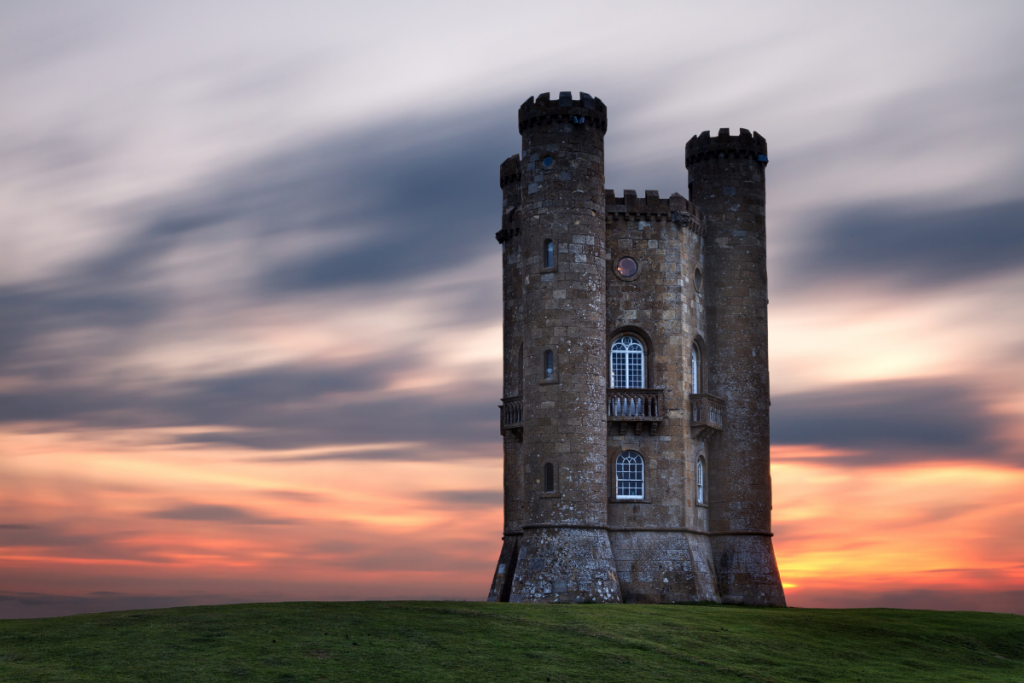 Name of hike: Broadway Tower Loop in the Cotswolds

As the second-highest spot in the Cotswolds, Broadway Tower provides a stunning panoramic view of England’s countryside. In fact on a good day, you’ll be able to see about 16 counties spread out on the horizon. Beginning in the charming town of Broadway, this 6.5km (4 miles) walk will take you along its famed high street full of small shops and cottages before leading you past the 12th century St. Eadburgha’s church. And while on your trip up to the tower, make sure to stop at Rookery Farm and the popular Morris & Brown Café!

Name of hike: Burnsall-Grassington in the Yorkshire Dales National Park

The best hike in the Yorkshire Dales National Park has to be Burnsall-Grassington. This is a gentle 13km (8 mile) walk through the most idyllic countryside around the villages of Grassington and Burnsall. First, you will pass the River Wharfe, which is framed by the dramatic fells. If it’s a hot day, you can even cool off in the pools, falls and brooks that make for one of the most tranquil hikes in the Dales. And if you like swimming, then the bonus has to be that you will pass some of the park’s finest wild swimming spots including one near Linton Falls.

The rolling hills of the South Downs meet the crashing waves of the English Channel at the Seven Sisters. These chalk cliffs make for a picturesque walk of about 6km (3.7 miles) along the southern coast. Begin at the Birling Gap beach and lookout point before taking a scenic walk over the Seven Sisters themselves! Once you get to the first sister, you will have perfect views of Birling Gap and Belle Toute Lighthouse. You may even be able to see the remains of the Coonatto shipwreck, especially at low tide. Also along your walk, keep an eye out for flocks of sheep grazing. Finally, follow the River Cuckmere inland where hikers will occasionally find relics of the Second World War.

The Golden Cap Estate is famous for being the tallest point of the Jurassic Coast World Heritage Site. Following the South West Coast Path for about 7.5km (4.5 miles) will take you along Charmouth Beach which is renowned for the many fossils found there. While on your way to the summit, enjoy the many streams and meadows lining the path. At the peak you’ll be greeted with splendid views of the Jurassic Coast and quaint villages in the area and on your way down, be sure to stop at the 800-year-old chapel known as St. Gabriel’s. 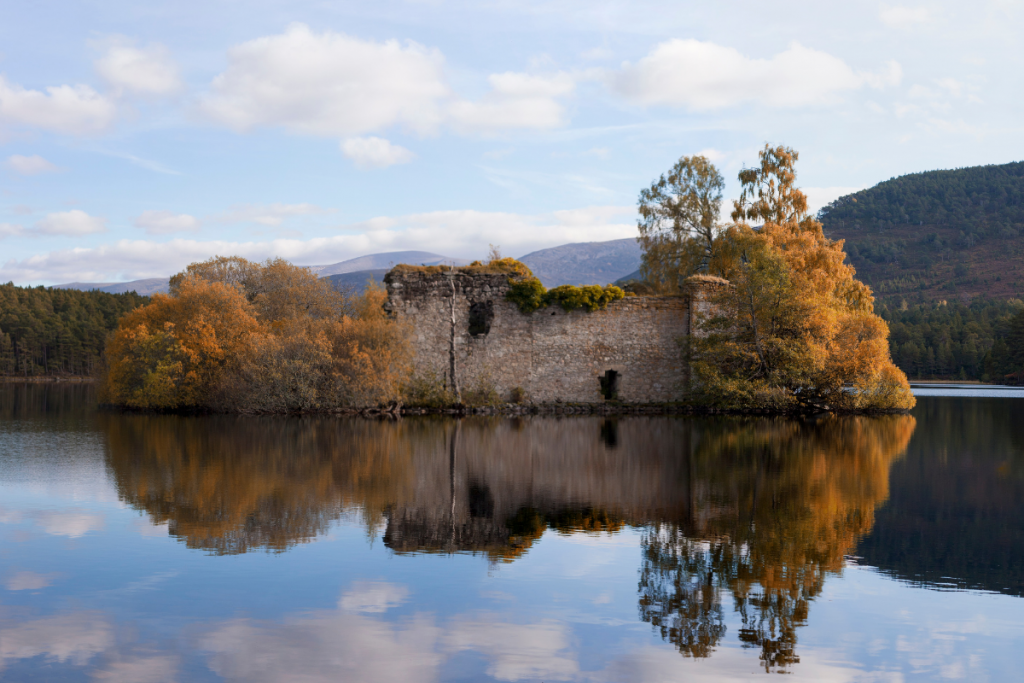 Name of hike: Loch an Eilein loop in the Cairngorms National Park

This 7.2km (4.5 miles) walk wraps around Loch an Eilein and cuts through the endless ancient pines of the Rothiemurchus Forest. Hence the name.

The Loch is home to a small island and the gorgeous Loch an Eilein Castle which dates back to the 13th century. While walking this peaceful loop, enjoy the sound of birdsong as well as the scent of pine all around you. If you happen to visit on a clear day we especially recommend packing a picnic to enjoy on the Loch’s shore!

Name of hike: Conic Hill loop in the Loch Lomond and the Trossachs National Park

The Conic Hill loop is one of the final sections on the West Highland Way route. After guiding you through incredible ancient woodlands, you’ll reach the breath-taking view of Loch Lomond and its many islands. Totalling about 5.5km (3.4 miles), the path begins and ends in the small village of Balmaha. Despite being steep at times, the ascent up the hill is rather short and undoubtedly worth the amazing view. Since there are working farms and protected areas along the route, be respectful of the land as you walk! 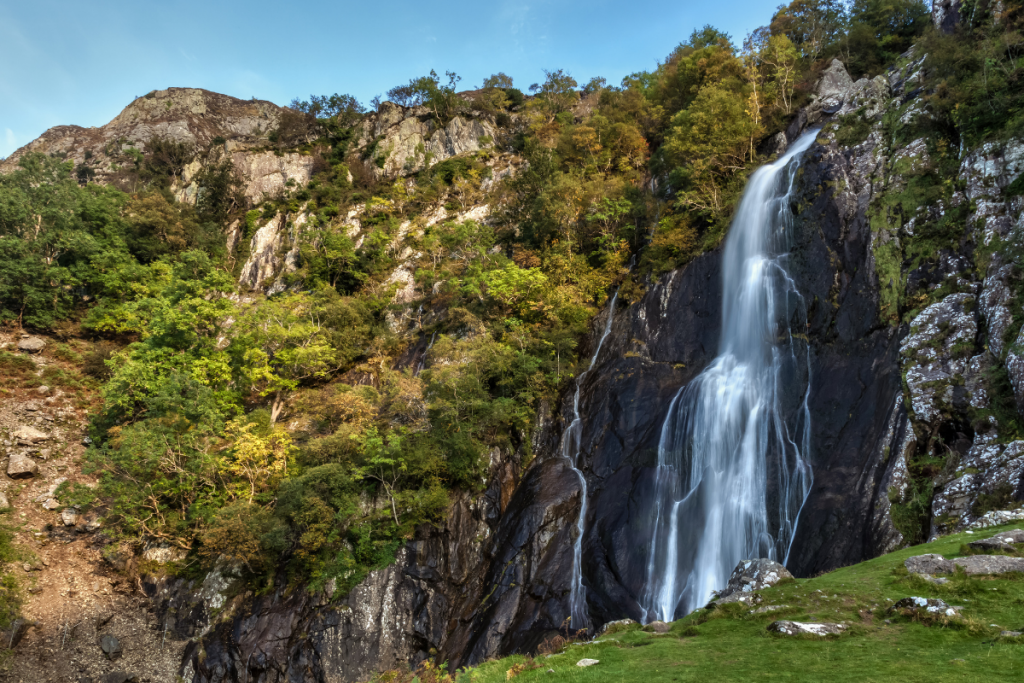 Name of hike: Aber Falls in the Snowdonia National Park

Aber Falls is an impressive 40m (120 feet) tall waterfall in the Snowdonia National Park. Following the approximately 4km (2.5 miles) trail through Coedydd Aber Nature Reserve to reach the waterfall you will pass ancient oak, birch and hazel woodlands. Additionally, you’ll be able to spot a few smaller waterfalls on route.

We recommend visiting after a good rain when Aber Falls is at its strongest or wait until the summer when you can swim in the pool below! 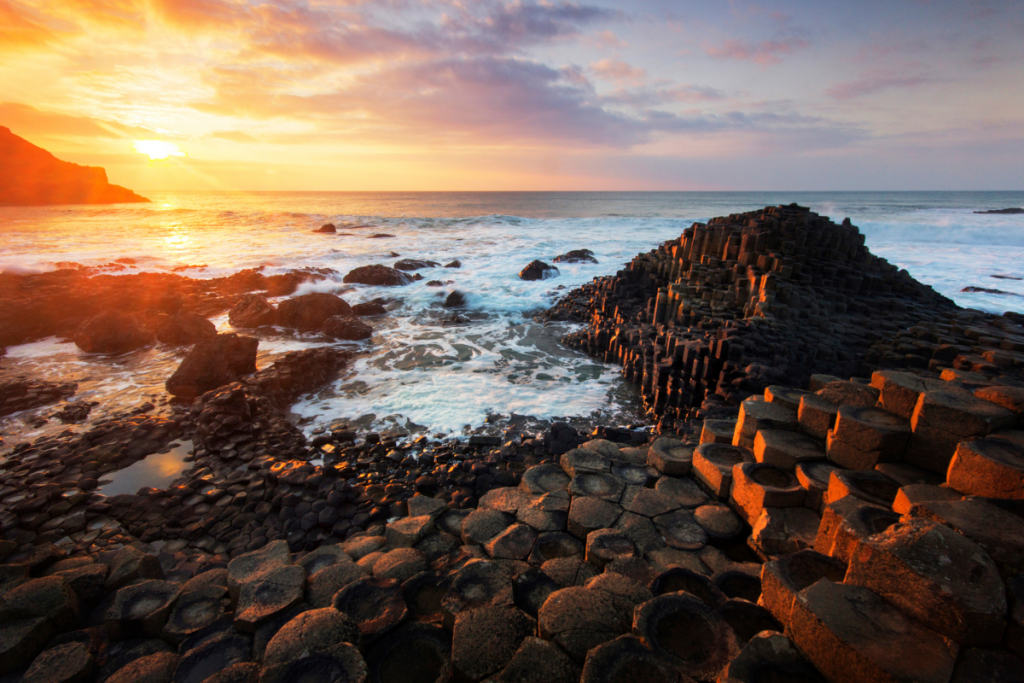 The Giant’s Causeway is known for its beauty as well as its strangely shaped rock formations. Nicknamed by many to be the Eighth Wonder of the World, these volcanic basalt columns are a must-see. Following the path from the Giant’s Causeway Visitor Centre takes you on a 3.5km (2.2 miles) walk along the Antrim Coast. In addition to up-close views of the remarkable hexagonal-shaped columns, you’ll surely stumble upon the Wishing Chair, Wishing Well, Organ, Hamilton’s Seat and Giant’s Gate as well!

10 most beautiful places to visit in the UK