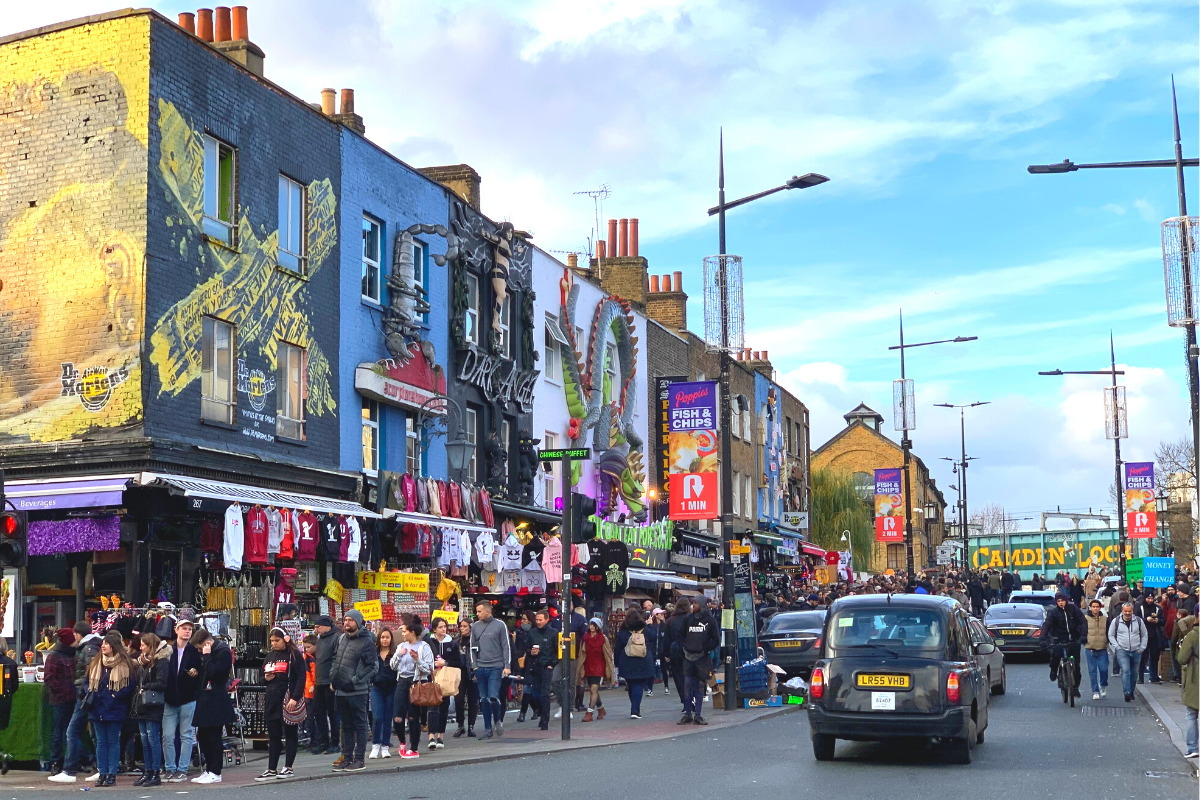 This article was published by the Great British Mag content team on 20 April 2022.

Street art—or Urban art—can be found in most UK cities, but there are a few that are world famous and well worth a visit, here is our pick of the best, including Bristol, the home of Banksy, and some lesser-known ones that are equally worth a visit.

In 2008, the Glasgow City Council established the City Centre Mural Trail to help revitalise buildings and rejuvenate streets. This endeavour not only brightened up the streets and supported local businesses but also revamped the city into a popular tourist site. By far the most popular artwork to see is Smug’s Saint Mungo – Glasgow’s patron saint dressed in modern fashion. Following the Trail across Glasgow will take you on a whirlwind tour of colourful, historical and contemporary street art.

Often called the Silver City for its many buildings made of granite, Aberdeen recently had a colourful makeover. And since its conception in 2017, famous artists from around the world have gathered to leave their marks on the city at the annual Nuart Aberdeen festival. This festival invites local and international artists to transform the city into a cultural hub of modern art and activism. If you’re interested in seeing famous works from artists such as SNIK, Bordalo II, Herakut, Ememem and more, then Aberdeen is the perfect place to visit and explore!

London has no shortage of street art hotspots, but none more notable than Shoreditch, Camden and Hackney. The East End—historically known for being a poor, multi-cultural neighbourhood in London—became the perfect breeding ground for street art today. London street art attracts many tourists each year and has done since Banksy appeared on the scene in the 90s. Although now the city has a budding reputation for its ever-changing street art works and styles. Some of the most popular artists to look out for in London are Stik, Bambi and ROA.

Known for being one of the most famous street art cities in the UK, Bristol also produced one of the most famous street artists of our generation—you guessed it—Banksy! Though many of his early works were removed by local authorities, a few can still be found throughout the city. For example, you can still see his Well Hung Lover piece on Frogmore Street. Bristol also hosts the UK’s largest free street art festival known as Upfest. If you’re interested in seeing fantastic pieces by well-known artists, then Upfest is the perfect time to visit!

You’ll find heaps of street art across the historical city of Manchester, but nowhere as much as in its Northern Quarter. Famous for being the birthplace of the Industrial Revolution and Suffragette Movement, Manchester’s street art reveals the pride and passion local artists hold for their city’s history.

The must-see place of the city has to be Stevenson Square where its centrepiece mural changes with current events. And as you’re walking the streets of Manchester, make sure to keep an eye out for the working bee—the symbol of the city.

When you think of Wales, street art might not be the first thing that comes to mind. The city of Cardiff, however, has become a cultural centre for political and religious expression as well as entertainment and self-expression. Home to works of street art by Sepr, Phlegm, Zed1 and many more, you’re sure to find at least one piece you recognise. And definitely check out Cardiff Market, Mill Lane and other spots in the city’s centre for more brilliant works.

Historically recognized for its mostly political street art, Belfast’s walls are filled with powerful, thought-provoking and even satirical works. Despite its history, however, the city is slowly developing a new reputation for its more diverse and creative pieces. Its annual Hit the North street art festival especially draws in huge crowds of tourists each year. Artists with different styles, visions and messages flood the city for this festival, effectively transforming the streets every year. If you’re interested in visiting, then we recommend staying near the Cathedral Quarter—where most of the action happens.