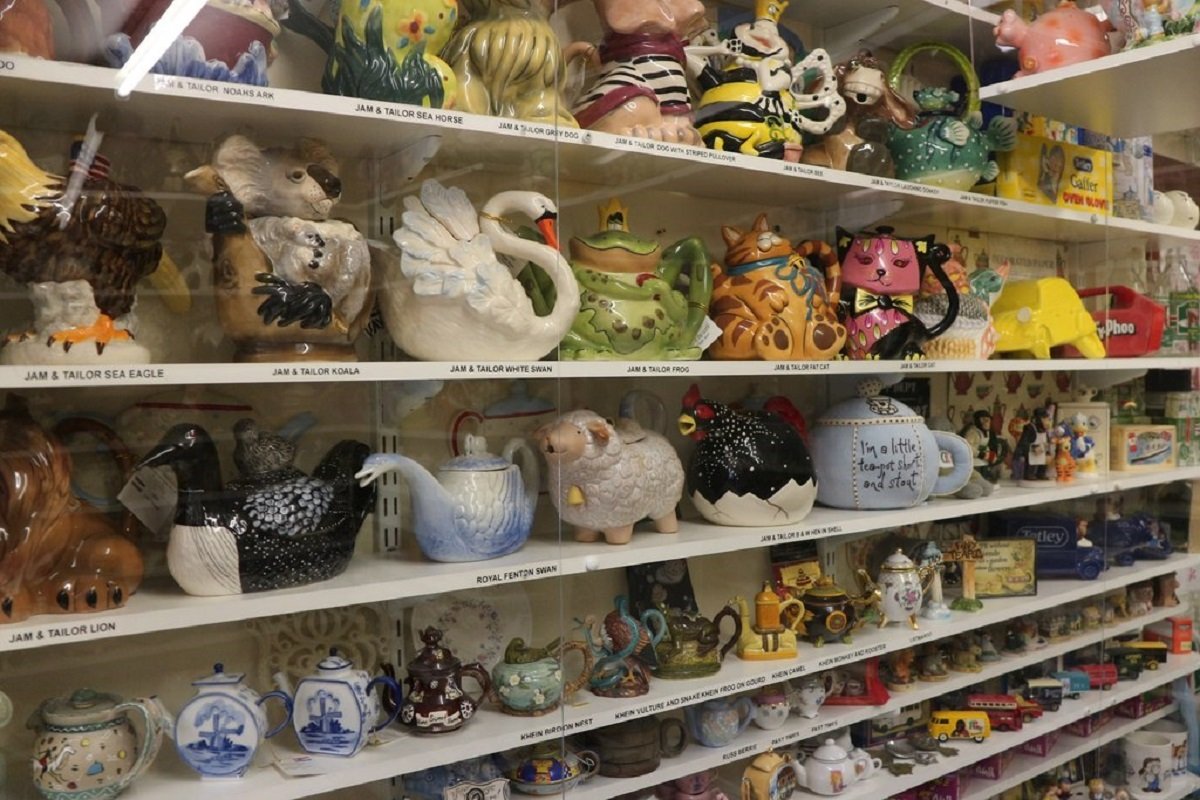 18 May is National Museum Day in the UK, so we’ve rounded up our picks for the UK’s coolest and quirkiest museums. Take a gander at witchcraft, teapots, Viking graffiti, and a house so small it makes student housing look like a palace.


Museum of Witchcraft and Magic

Admission: £4 with a student card

This isn’t Harry Potter magic, nor does it involve rabbits being pulled out of top hats. The Museum of Witchcraft and Magic (MWM) is about real British witchcraft from ancient times to the present day. It’s home to the world’s oldest and largest collection of items relating to witchcraft and the occult and has seriously spooky vibes. The Smallest House in Great Britain


This bright red house is so small that it’s measured in inches, not feet! At just 72 inches across, 122 inches high, and 120 inches deep, The Smallest House is barely big enough to step inside. Poke your head inside for a look at life before 1900, and then take a stroll along the River Conwy. 
One of the quirkiest museums is Museum of Brands. It is pretty much what it says on the tin – it’s a museum about brands, labels, and advertising. See how goods and ideas have been sold to the public since the Victorian era. From canned food to toys to vaccines, the sheer amount of stuff that people have been trying to sell over the past century is mind-boggling. Admission: Free, but visits must be booked in advance


At roughly 5,000 years old, the Maeschowe Chambered Cairn is definitely the oldest museum on this list! This Neolithic tomb is aligned with the midwinter sun. Once a year, when the sun sets, the light fills the central chamber. Even if you aren’t able to visit at midwinter, it’s still an amazing place – huge, ancient, and covered with runic graffiti left by Vikings. 
Get your hands on some vintage computers and game consoles from as early as the 1960s! The Centre for Computing History lets you play classics like Pong and Pokémon. You can also trace the evolution of home computers, watching them get smaller, faster, and more complex in a matter of decades. Technology develops so quickly these days that it’s easy to forget how sad and clunky the computers of yesteryear were. 
The Ulster Folk Museum is another one of the quirkiest museums. It isn’t a time machine, but it’s pretty close. The outdoor museum is full of historic buildings and costumed locals re-enacting what Ulster life was like 100 years ago. The Picture House shows early silent films. 
Let your inner child loose in the House of Marbles. Send marbles sailing around the room via the giant marble runs – big Rube Goldberg machines that are powered by the weight of a single marble rolling along their tracks. Elsewhere in the museum, you can watch glassblowers at work, explore the history of marbles, or try your hand at a game of marbles in the garden. 
The Churchill War Rooms are buried underneath the heart of London. This huge underground bunker sheltered Winston Churchill and his war cabinet from Nazi bombs during the Second World War and gave them a safe place to plot their next moves in the war. History fiends won’t want to miss this. It’s absolutely no surprise that tea-mad Britain has a museum devoted exclusively to teapots! Teapot Island has over 7,000 teapots shaped like everything from Daleks to the Queen. An on-site potter makes teapots that you can paint, and of course there’s a tea room where you can get a nice cuppa. 
Bagpipes are a source of immense pride for Scotland. The National Piping Centre traces three hundred years of piping heritage. You can take a tour of the museum with a real piper and even try playing the bagpipes yourself.