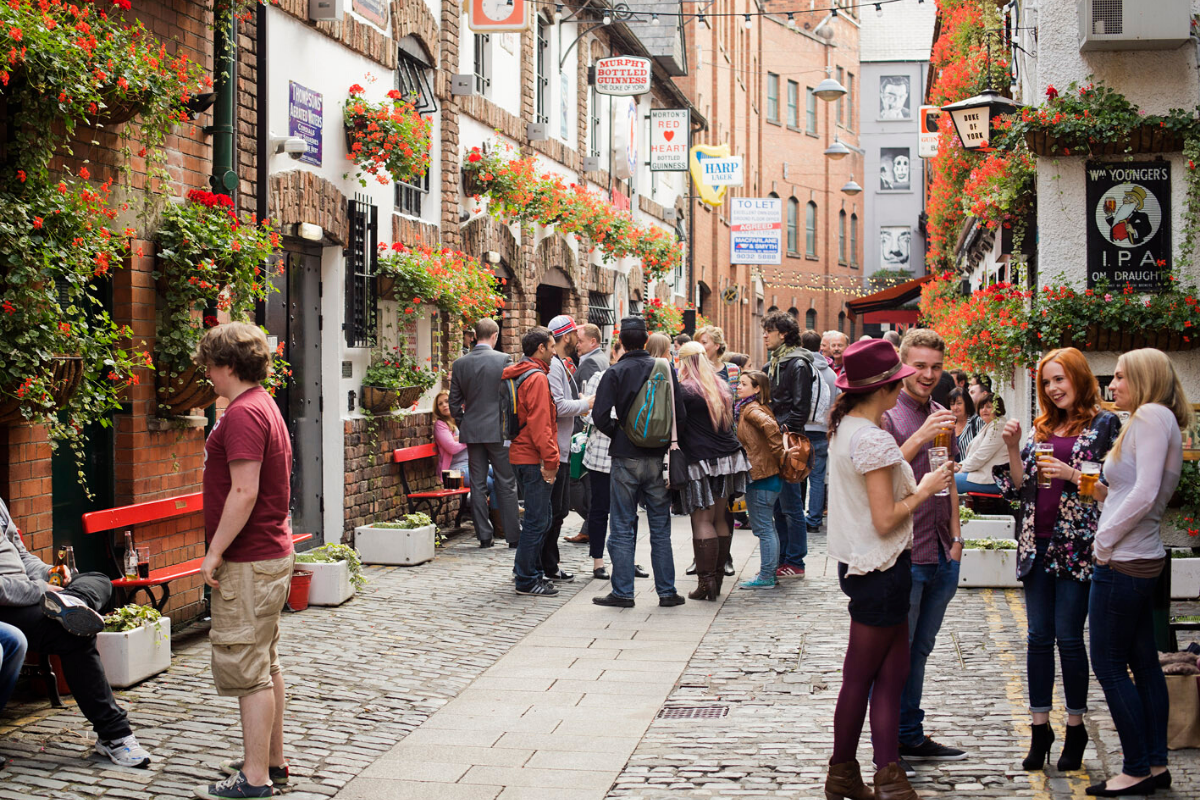 This article about the 10 best free things to do in Belfast was updated by the Great British Mag content team on 2 June 2021.

Belfast has hundreds of attractions, but if you’re on a budget you don’t have to miss out. Read our guide to the best FREE things to do in the city, and have a great time while saving those precious funds.

Check out the Peace Walls

The Peace Walls (or Peace Lines) are a series of barriers that separate predominantly Republican and Nationalist Catholic neighbourhoods from Loyalist and Unionist Protestant neighbourhoods. It was set up to reduce the violence between the different communities but has since been used for elaborate murals and street art. You couldn’t miss it. 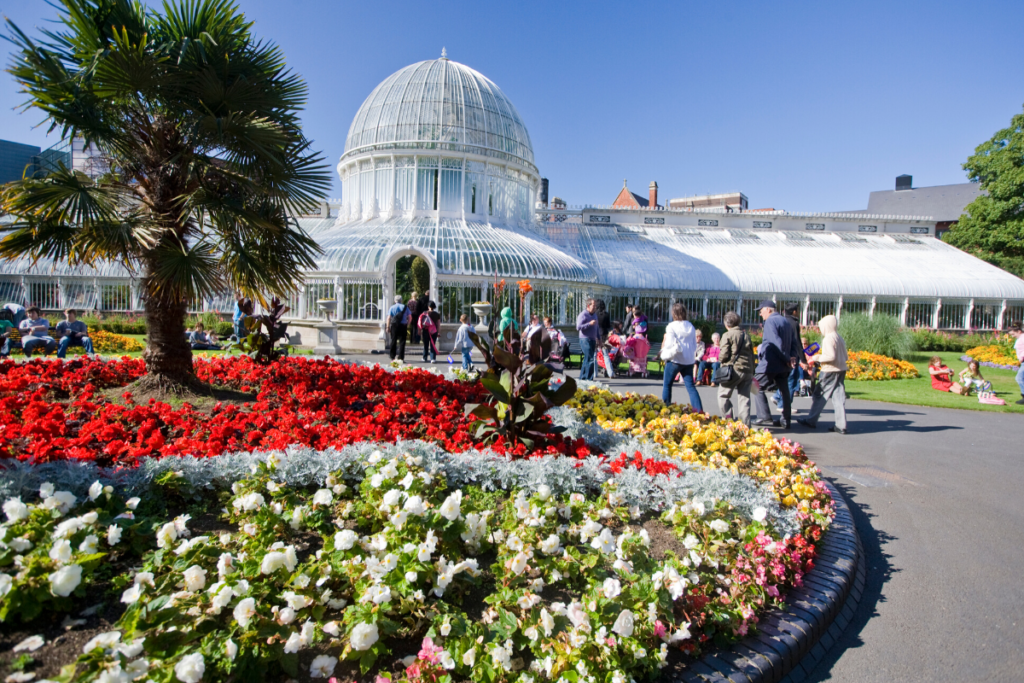 Stroll through the Botanic Gardens

Occupying 28 hectares across South Belfast, the Botanic Gardens are a must-visit for nature lovers. First opened in 1828, it was made public in 1895, becoming a city park. Check out the Palm House conservatory or the Tropical Ravine glasshouse for some beautiful plant species.

Wander around the Cathedral Quarter

Price: free (unless you buy something at the shops or restaurants)

The Cathedral Quarter gets its name from St Anne’s Cathedral, which lies at its heart. It’s an area full of arts and culture, featuring murals and graffiti. One of the most recognisable art pieces is a series of open umbrellas hanging from the ceiling. Have a walk around and explore the streets.

Where: All across Belfast

Price: free (with an optional donation)

In recent years, free walking tours have become a really popular way for tourists to explore major cities across the world – and Belfast is no different. There are general tours run by local experts who can guide you through the hidden gems of the city, but there are also tours that specialise in things like graffiti or the Titanic (which was built in Belfast). So what are you waiting for?

Cave Hill (sometimes spelt Cavehill) is a basaltic hill overlooking the city of Belfast. Once you climb the 368 meters to the top, you can see out across the whole city. On clear and sunny days, you can also spot the neighbouring Isle of Man and Scotland. It lies just a few miles from Belfast’s city centre. 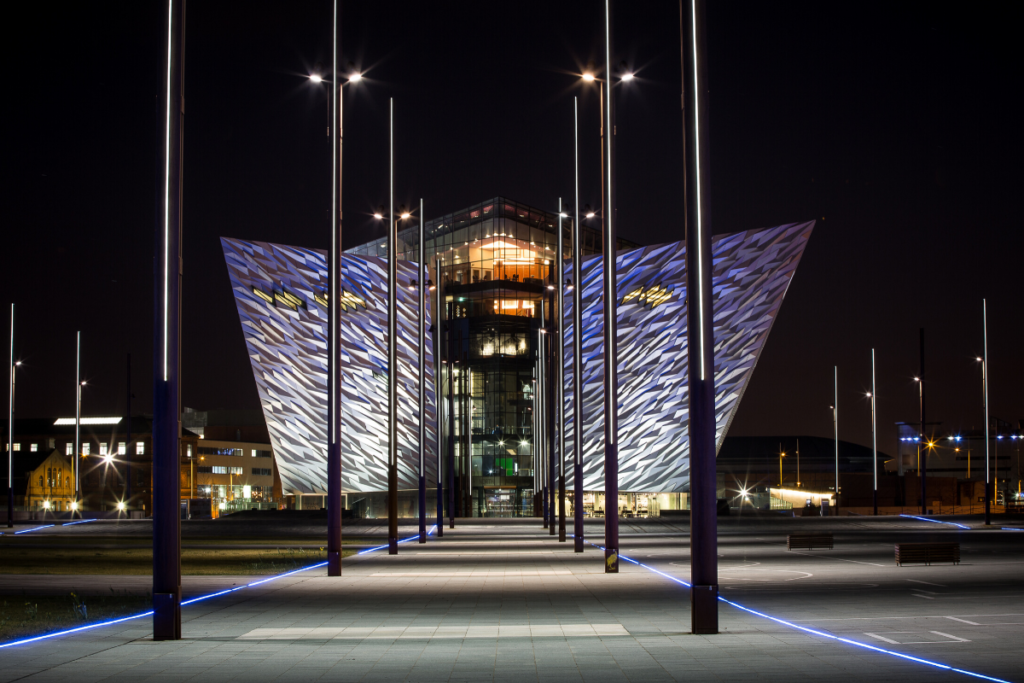 Check out the Titanic Slipways

The Titanic Slipways are where the iconic Titanic and Olympic ships were built and launched over 100 years ago. There’s also the Titanic Belfast museum – that’s not free but it is the world’s largest Titanic visitor experience, so worth the entry fee if you’re fascinated by the story of this 20th-century ocean liner.

Price: free (unless you buy food or drink)

This bar first opened its doors in 1999 and has remained a popular live music venue ever since. Showcasing Belfast’s thriving music scene, the bar offers vibrant, buzzy and traditional Irish music in a fun setting. It’s named after the late poet and socialist, John Hewitt.

Learn about Belfast’s history at the Linen Hall Library

The Linen Hall Library is the oldest library in Belfast and celebrates the city’s rich history with making linen. When you walk into the library, you can read a 316-year-old book or study a 1725 city map. Soak in the library’s rich history as you marvel at the stunning architecture of the old building.

Black Mountain towers over the city and stands tall at almost 400 meters high. It also boasts a well-known field called Hatchet Field, which is in the shape of an old-fashioned hatchet. Marvel at the old monuments on top of the hill, then turn your attention to the spectacular views of Belfast.

10 best free things to do in Edinburgh

These are the silliest place names in Britain