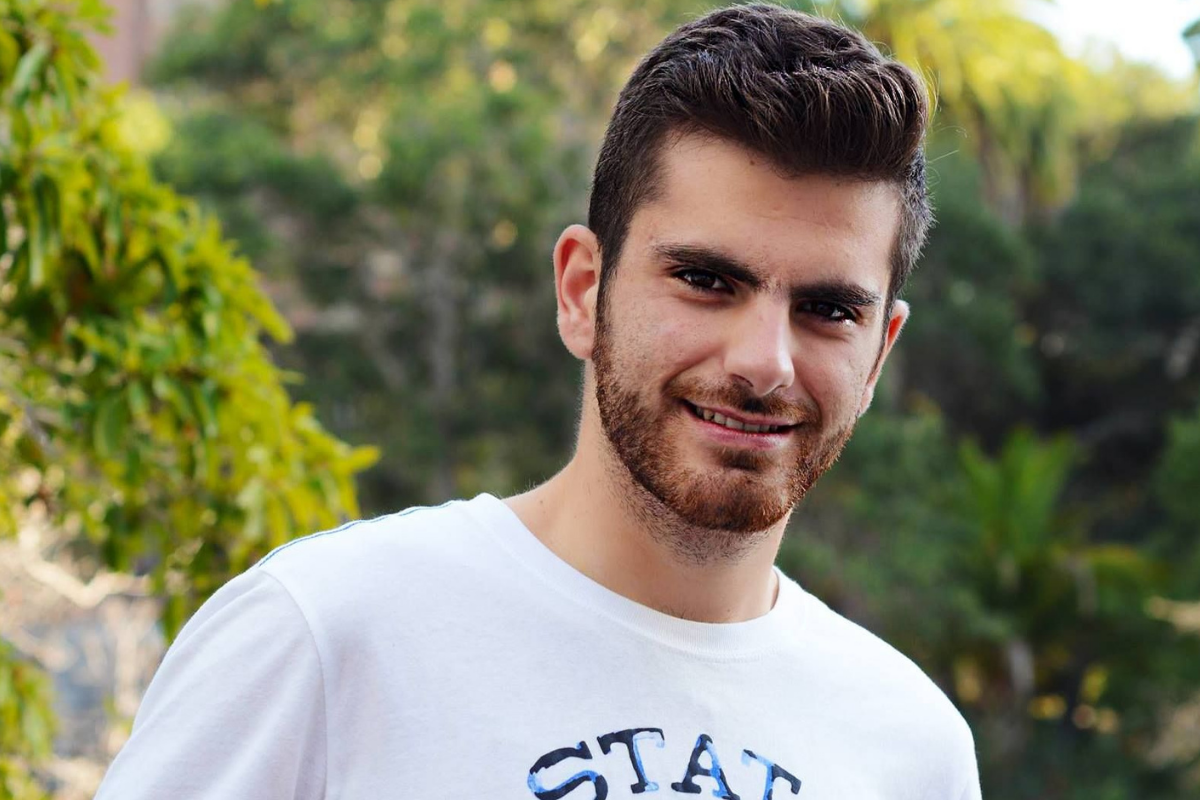 This article was updated by the Great British Mag content team on 19 August 2021.

“Happiness never lays its finger on its pulse.” This is the quote from the famous Scottish economist, Adam Smith, that inspired Christopher Siakkas to leave Greece to study economics in Scotland.

Chris was born and raised in Thessaloniki, the second-largest city in Greece. There, he attended elementary and an American high school before he decided to apply to do his undergraduate degree in Scotland, at his dream university – the University of Glasgow.

“The educational system in the UK is exceptional and it’s something I really wanted to take advantage of. There are also more career opportunities in economics and political science here. Plus, my hero, Adam Smith, had been a professor here. I couldn’t turn down this opportunity, it was too tempting!”

Chris had been to the UK a few times but this time he was leaving behind the world he was familiar with for a while and substituting it to experience Scotland as a student. But he confesses that his love for Glasgow started at the airport.

“I was a Greek student coming to Scotland and I was impressed, that was my first reaction. The very first thing I noticed was the people themselves, the people at the airport, the first friends I made. They were hospitable and I could see myself easily adapting to this new world.”

“Ever since I went to Scotland, I’ve been so inspired by its natural beauty. The country has not just opened its doors for me academically, but also creatively. I love Scotland!”

Greece is warm, sunny and has endless beautiful beaches. Scotland is a tad different. But not just in terms of weather and places to visit – also culturally.

“The culture is of course different. From the accent to the things you’ll find in the supermarket. I was lucky enough to have been to the UK before, so I had some idea. But being a student was quite a different experience. It makes you much more mature and responsible. You have to do your own grocery shopping, cook for yourself – and you know, that’s a big shock, especially when you come from a Greek family!”

Chris admits that it took a bit of time to get used to the Scottish accent.

“I remember being in a taxi soon after arriving in Scotland and the driver was asking me questions.  Being friendly as the Scots are! But I wasn’t sure what he was saying. I had to ask again and again until I got it! It was…a bit embarrassing to have to ask him to repeat himself so many times, but he was friendly and didn’t seem to mind.”

Chris also mentioned that in Scotland, the word “wee” – which means a bit – is used in almost every sentence.

Setting up a society

As a recent graduate from the University of Glasgow, Chris advises other international students to get involved in student life as much as possible, whether that be through joining clubs or, as in his case, setting one up.

Chris set up the Glasgow Economic Forum, which started as an informal meet-up for his friends to discuss economic topics that had not been covered in lectures. The forum has now been running for six years and is popular amongst academics, innovators and journalists. In 2019, the society hosted the Scottish Economic Forum, which had a whopping 300 attendees from across the globe.

“I was a Greek student coming to Scotland and I was impressed, that was my first reaction. The very first thing I noticed was the people themselves, the people at the airport, the first friends I made. They were hospitable and I could see myself easily adapting to this new world.”

Chris advocates the “work hard, but party even harder” way of student life.

“Don’t be overwhelmed as an international student and don’t let academic work take over your life completely, make sure you have a balance! It’s good to have fun and the nightlife in Glasgow is brilliant. It’s different from anywhere else I know and there’s always something to do in the evening. Like, you can go out for a pint on a Monday night – that to me is absolutely unique. I love the UK pub culture. And I personally think Glasgow does it best!”

But Chris is not just all about economics or celebrating after exams. When he has some downtime, he enjoys playing tennis, oil painting and pottery.

“I’ve been painting for 16 years and had several exhibitions back in Greece. It’s a hobby that I really enjoy. It’s fun and relaxing. And it’s an aspect of my life that doesn’t make me just an economist. And to be honest, ever since I went to Scotland, I’ve been so inspired by its natural beauty. The country has not just opened its doors for me academically, but also creatively. I love Scotland!”